Published in 1872, Around the World in Eighty Days marked a divisive historical moment that is still being played out. Many of the issues that it touches upon â€“ rapid technological change, the emergence of non-commercial international travel and tourism, the height of the colonial era and the beginning of cultural and economic globalisation – continue to have resonance with the way that we approach and experience the world today.

Whilst the original story presented a somewhat restricted colonial interpretation of the world through its focus on the main trading routes of Victorian England, this exhibition looks to an expanded list of countries in order to represent a more current world viewpoint. Around the World in Eighty Days concentrates specifically on artists who were born abroad but now live and work in London.

The participating artists either exhibit a new piece that has been especially conceived in response to the novel, or present an existing work that relates to a theme or topic outlined by the narrative. The resulting artworks encompass sculpture, film, video, drawing and photography and explore notions of travel, movement, migration, race, class and politics. The exhibition uses both a narrative and historical framework to inspire and inform the artworks displayed with the eighty days of the novel forming a timeline that begins at the ICA and finishes at the SLG.

Around the World in Eighty Days is co-curated and produced by the ICA and the SLG and especially conceived to play on the geographical relationship between the two venues and underline the themes of travel and destination. With the ICA positioned in central London and SLG situated in the south of the city, this exhibition examines how location can define and influence both artistic programming and its reception.

A programme of screenings, lectures and discussions accompanies Around the World in Eighty Days as well as a publication, which functions as travel book, reader and exhibition catalogue. Together with illustrations including historic maps, drawings and statistics, the book features an essay by Jens Hoffmann, ICA Director of Exhibitions. This publication is co-published by the Institute of Contemporary Arts and the South London Gallery and distributed by Revolver.

In conjunction with Architecture Week, bus and walking tours link the two venues on the weekends of 17-18 and 24-25 June. Click on ‘Architecture Week’ at bottom of this page for more details.

This exhibition is supported by Bloomberg, with additional support from The Henry Moore Foundation. 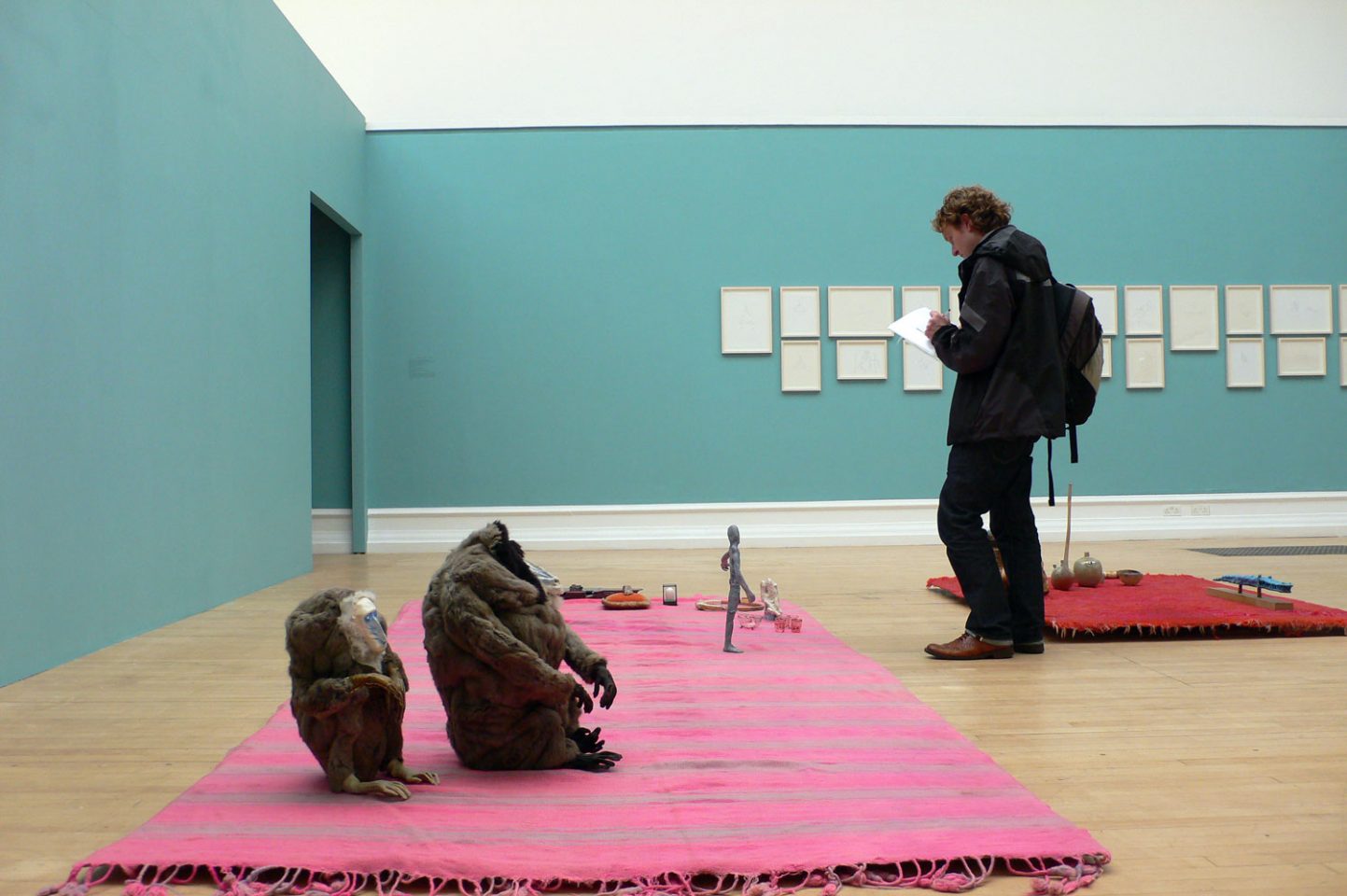 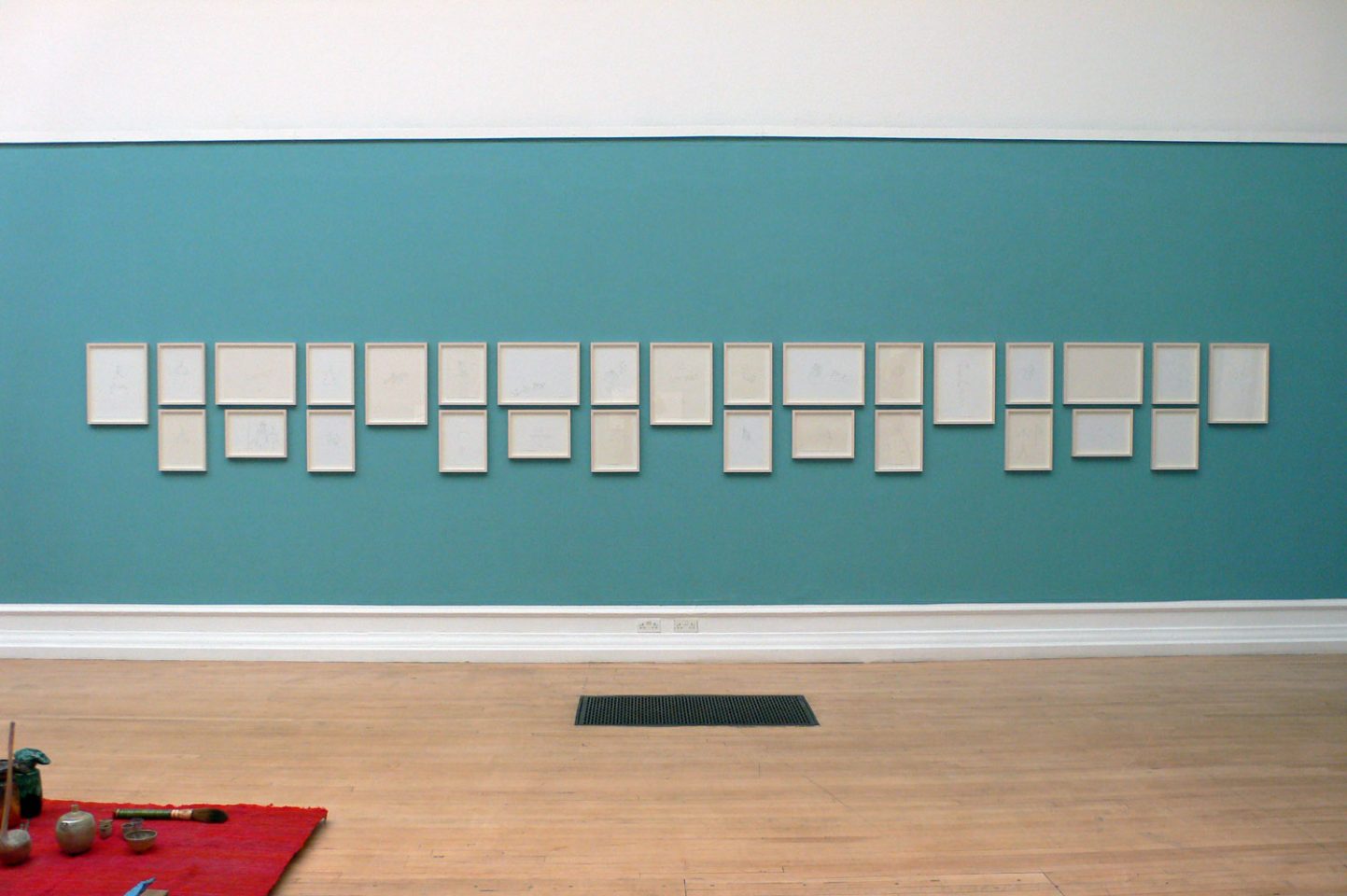 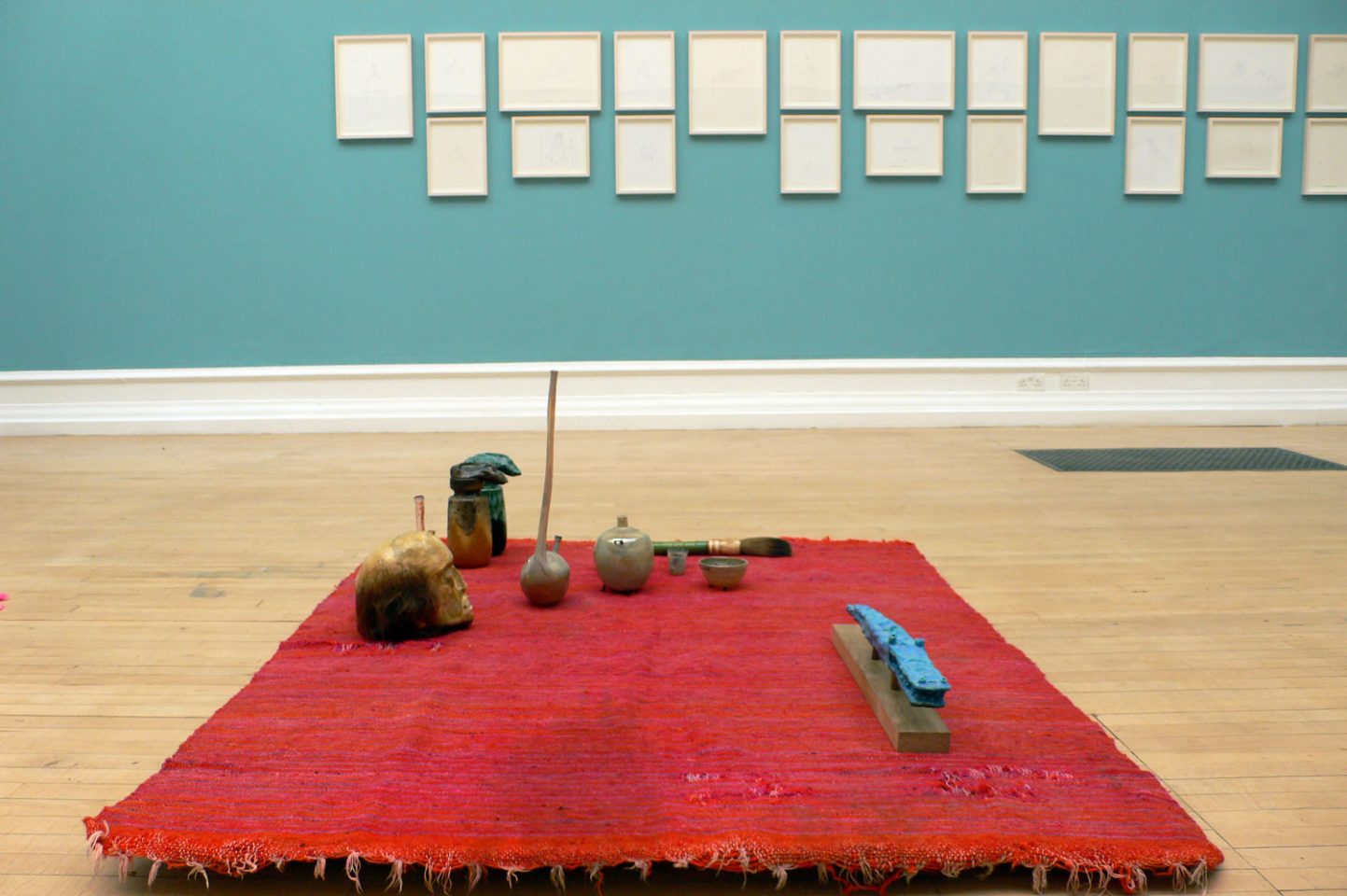 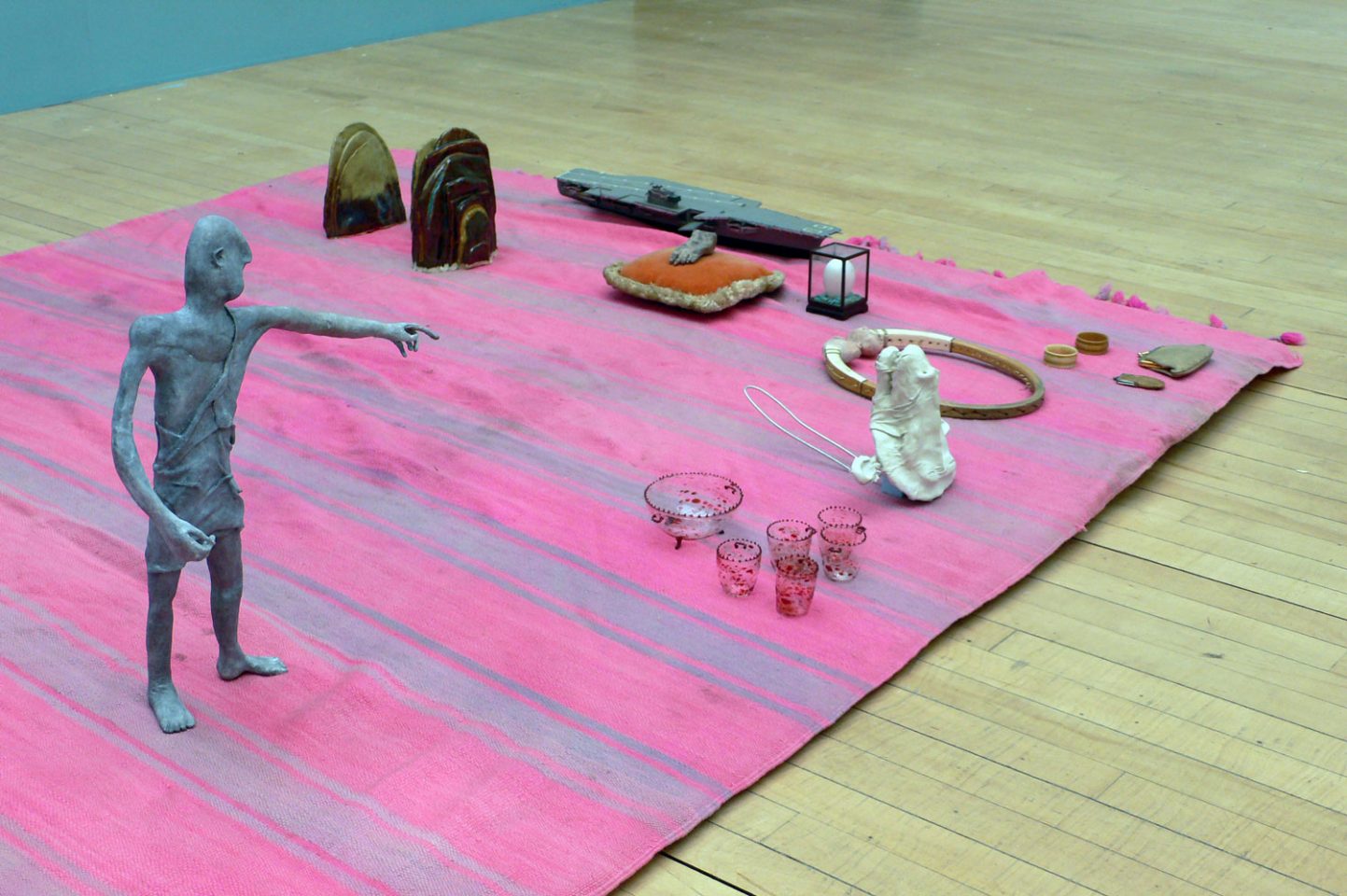 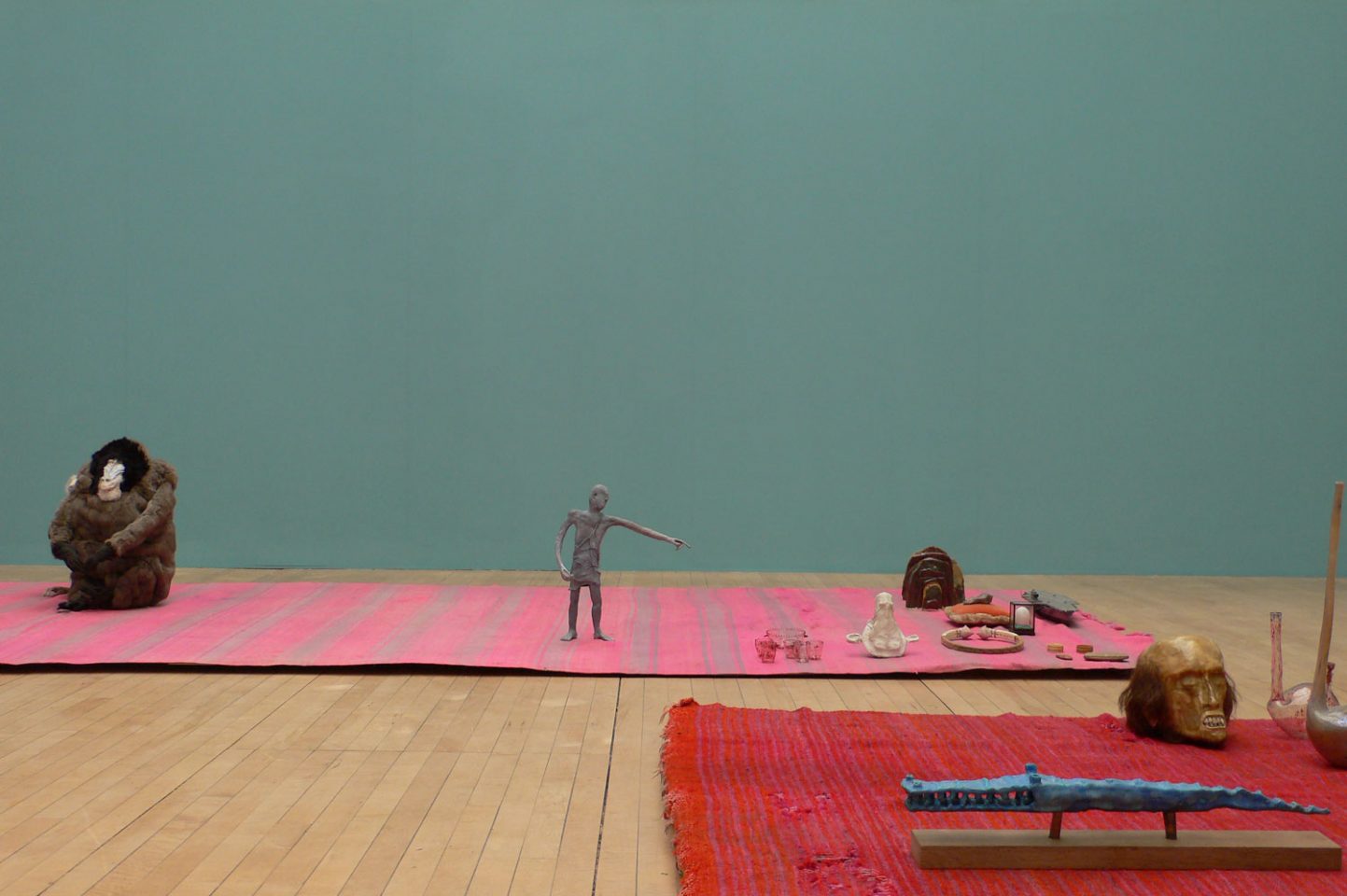 16 – 25 Jun 2006 Past event
COOKIES We use cookies to enhance your experience on this site. Find more info here.

Installation view of Around the World in Eighty Days. Photo: Mauricio Guillen