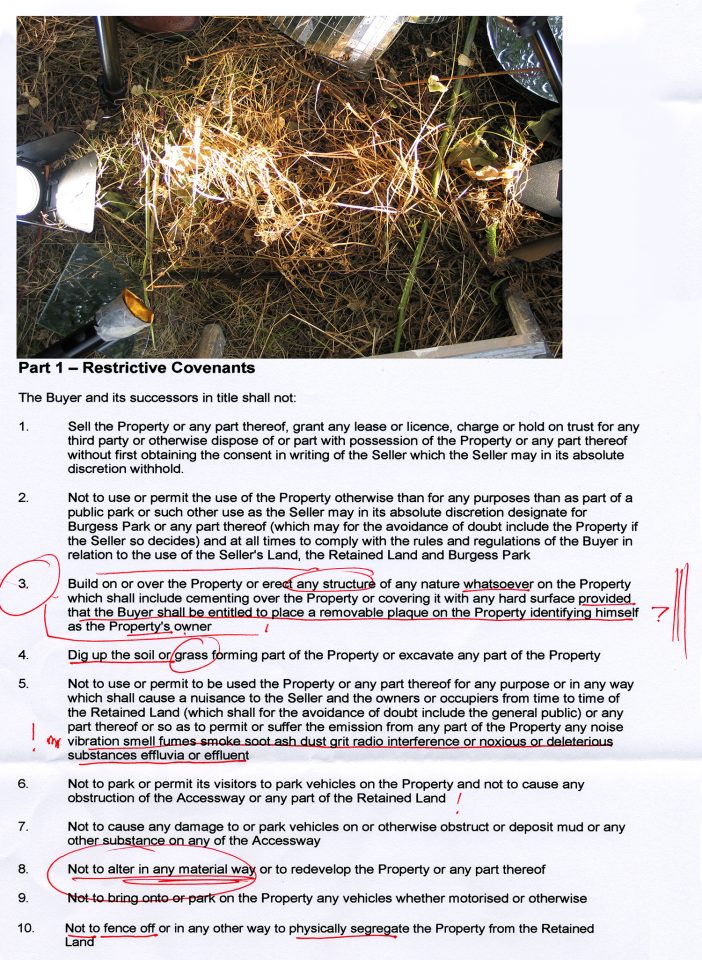 Through the act of giving a gift to a stranger, specifically a square foot plot of land in Burgess Park, Adam Chodzco questions issues of ownership on both a global and domestic scale. The artwork becomes the mediation between the patch of soil and the elaborate legal process involved in land ownership, putting into question the meaning of ‘home’, and the tension between legality and imagination in defining this term. Chodzko also challenges the identity of ownership in the UK, both by choosing a recipient who is unlikely to become a UK land owner in the near future, and by choosing a plot of land in South London; an area with diverse cultural communities who have differing relationships to the term ‘home’.