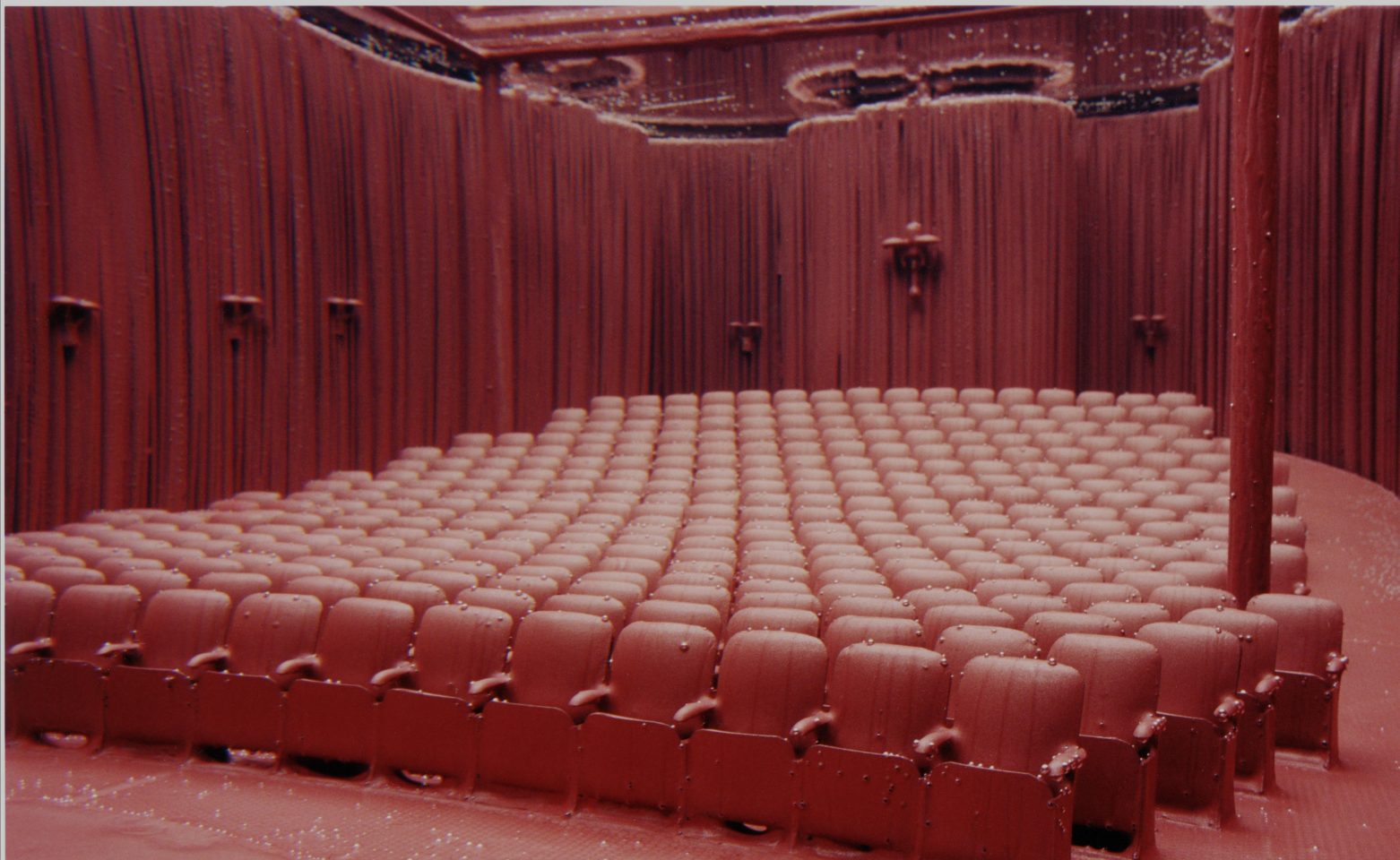 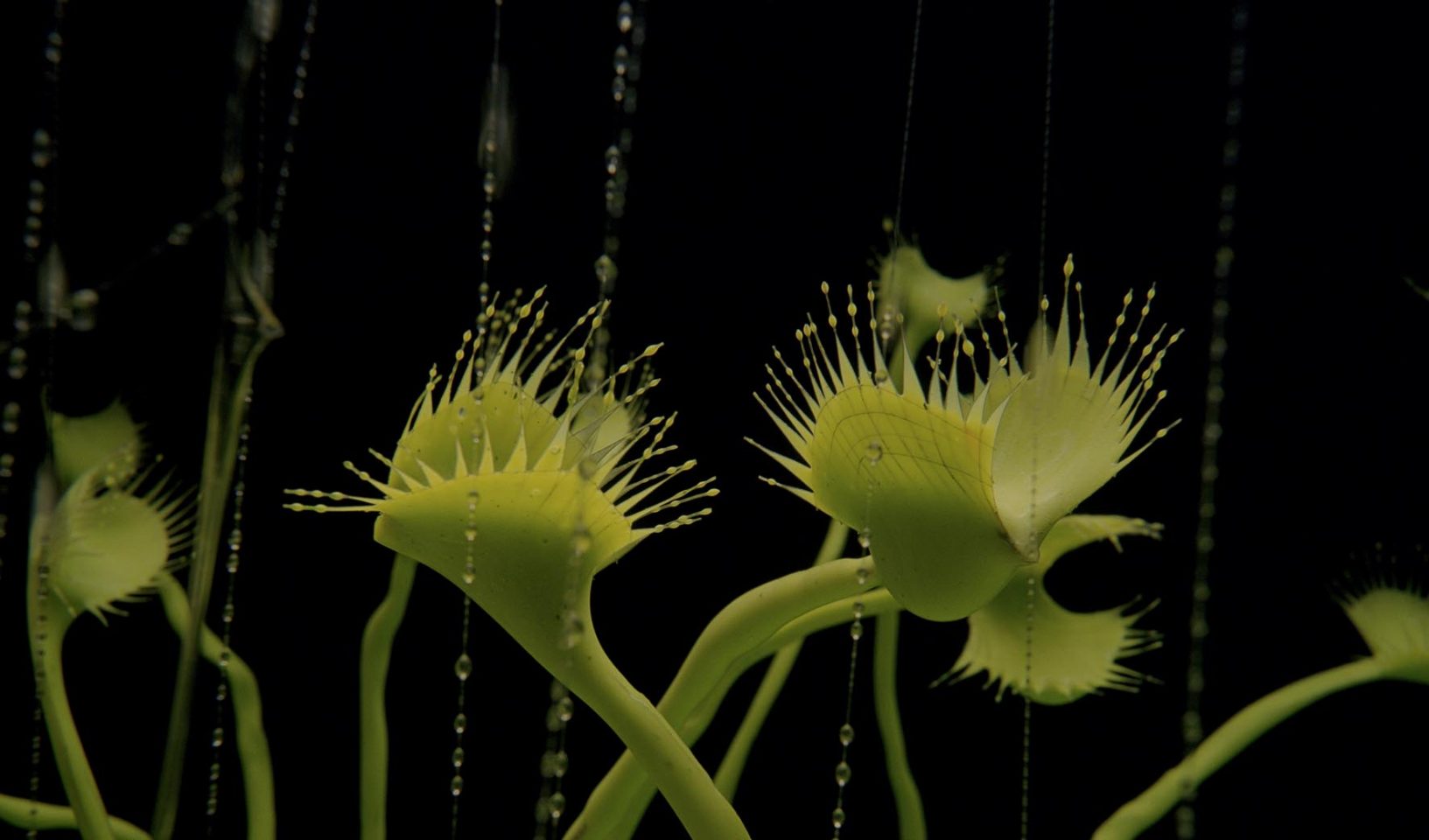 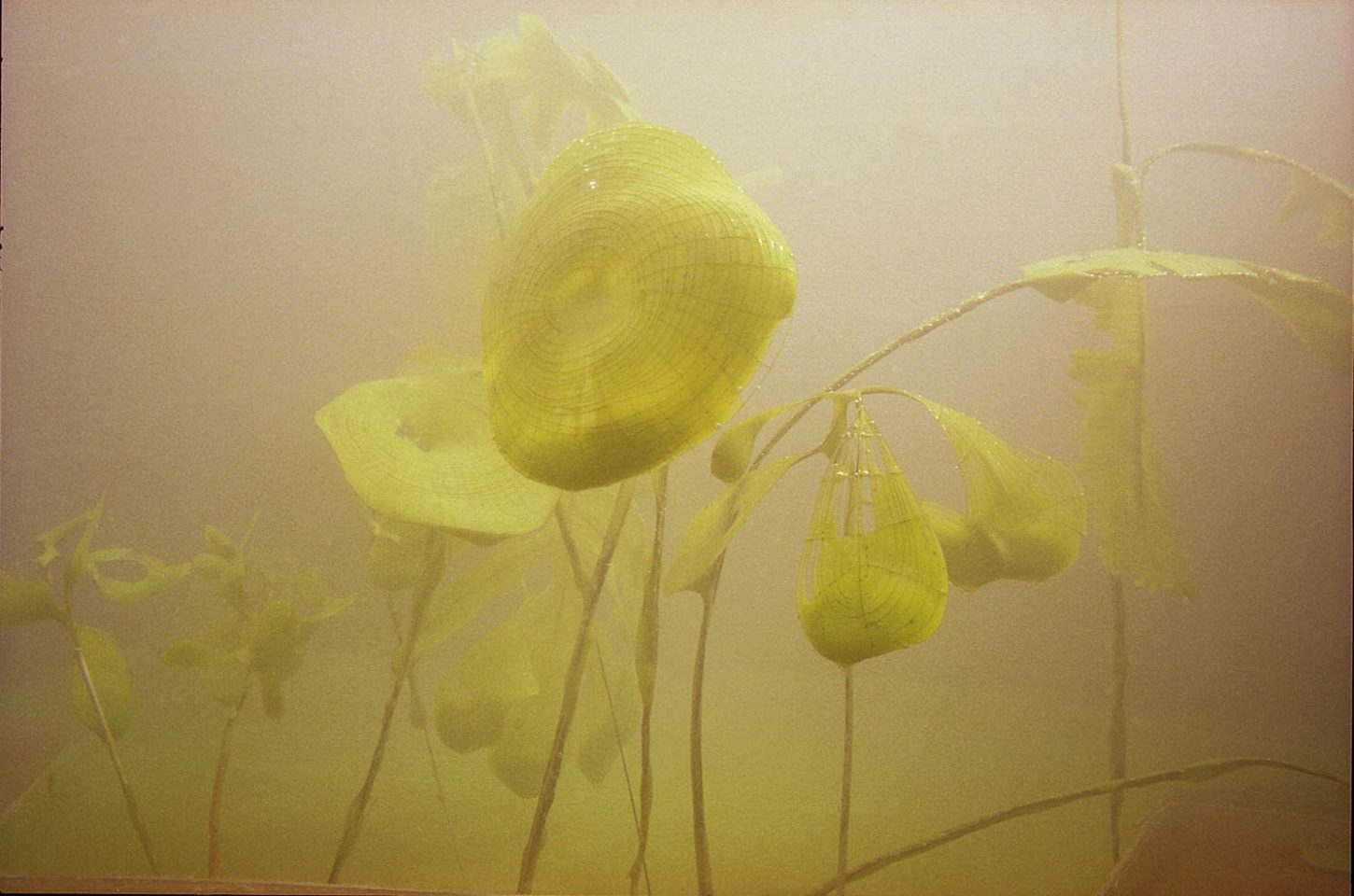 Trailer’s main character tells us of his discovery that his parents, who he has never known, were c-list actors in the Thirties. When watching a trailer for a silent film he learns that its leading actors disappeared in the jungle whilst shooting a film. Subsequently, two now extinct plant species were named after them – the Elmore Vella, a species of flytrap, and Ring Kittle, an ancient red bark tree. As the narrator’s name is Alfgar Dalio, the same as the moth made homeless with the extinction of the Elmore Vella flytrap, he decides that these two actors must be his unacknowledged parents.

Olde Wolbers’ film constantly plays with the slippage between truth and fiction and consequently unravels the viewer’s ability to distinguish between the two. The artist recognises the public and private desire in society to create illusions; thus, within her film, she implicitly knots the viewer’s deep set wish to ‘believe’. In this sense, her film becomes exploitative of the viewer, whilst pushing the viewer into self-reflexivity.

The visual imagery of the film intertwines views of acutely delicate foliage and the fleshy coloured interior of a cinema. The always moving camera articulates the viewers movement through the narrative, and the viewer’s pursuit of truth in the midst of fiction.

The soundtrack is by Daniel Pemberton.