This was Anselm Kiefer’s first London exhibition for five years and the first time his new and dramatically different body of work had been seen in Britain.

Kiefer was born just before the end of the Second World War in a small town in Germany’s Black Forest not far from the French border. Following the country’s re-unification in 1991, Kiefer decided to leave Germany. The ensuing four years represented a period of enormous change in his work, where he spent time travelling around the world to places such as Mexico, India, China, Japan and Australia. He finally settled in Southern France in one of the former silk factories located in the countryside behind Montpelier.

In a new series of woodcuts, the images of Germany’s spiritual heroes have given place to the ubiquitous sunflowers of southern France, which so affected Van Gogh a hundred years before. Some of these huge paper pieces created from massive wooden blocks carved by the artist at great speed show towering black sunflowers alone at various stages of their cycle of life, death and re-birth. Many works, such as those painted with the shadowy rolling dunes of the North African desert, are studded all over with sunflower seeds. They suggest a generative presence halfway between a buzzing cloud of insects and the vibrating starry skies of the southern hemisphere.

The title of the exhibition is a quotation from a sonnet by Francesco de Quevedo in which he write about a man holding a ring depicting a portrait of his beloved. The image acts like a mandala as a focus for meditation. “I hold the starry plains of heaven” he writes. “I hold all Indias in my hand.”

The exhibition was accompanied by a publication with a text by the American critic Thomas McEvilley. 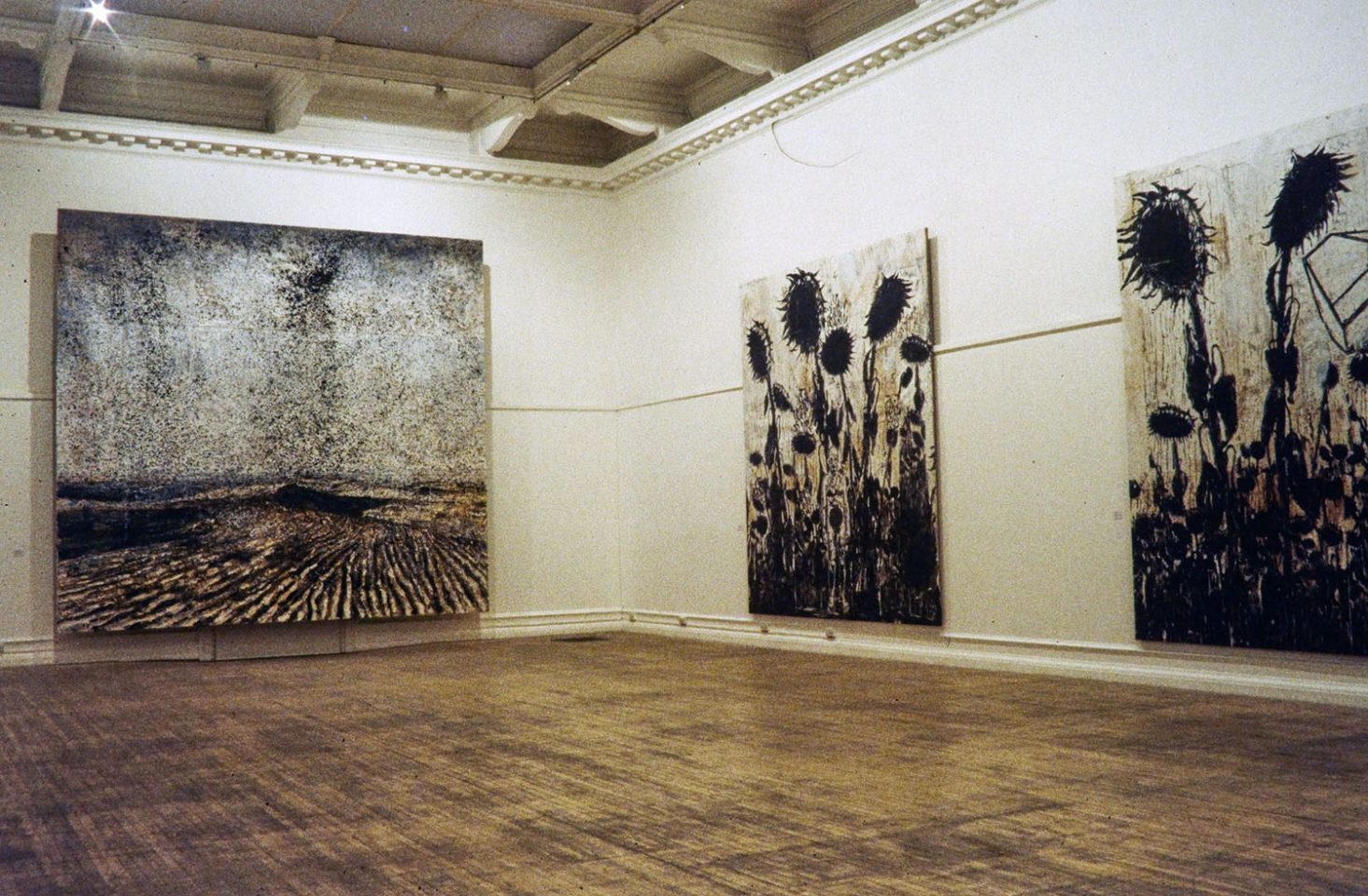 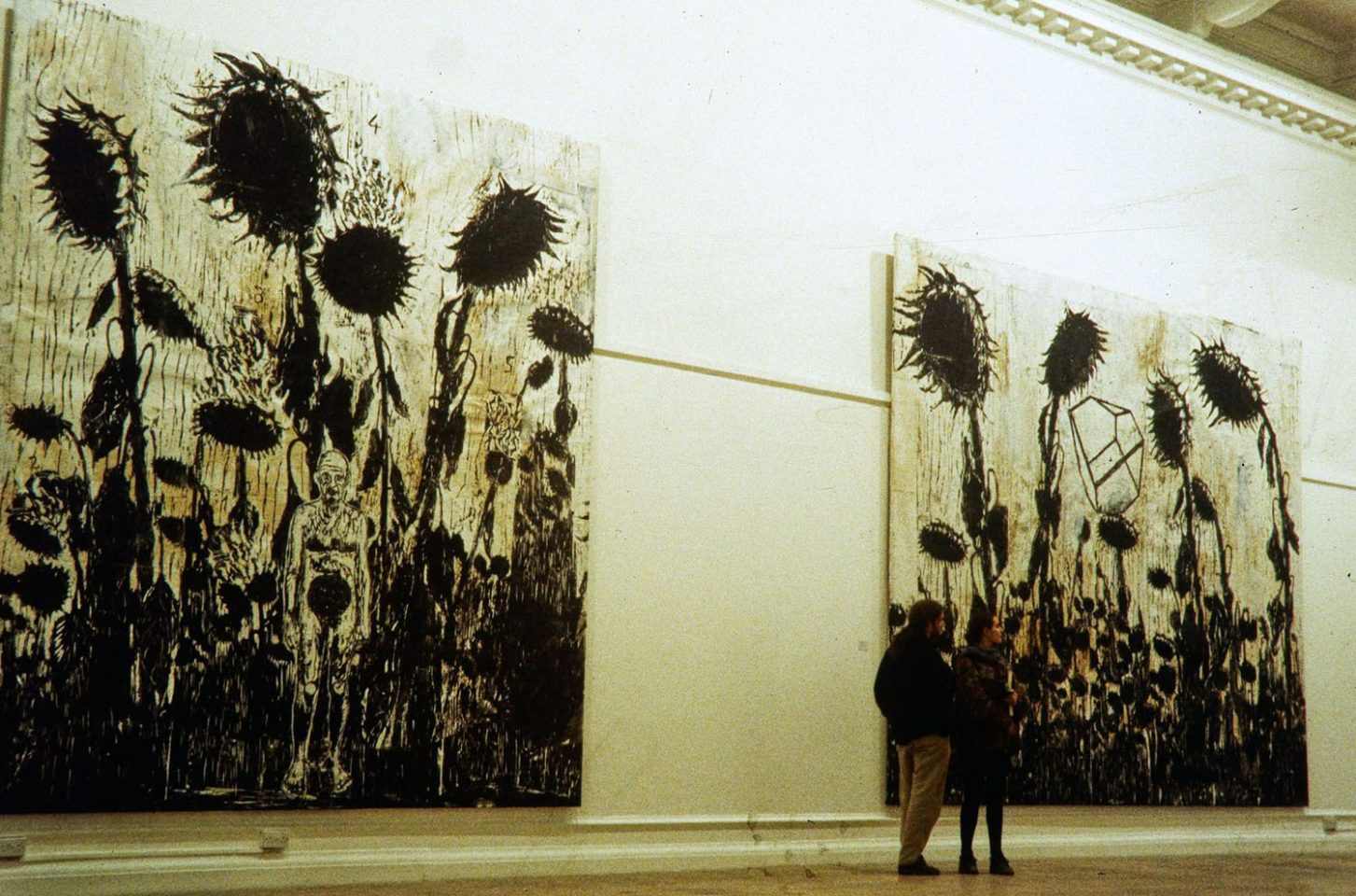 Installation view of Anselm Kiefer’s exhibition I Hold All the Indias In My Hand at the South London Gallery, 1996