At the moment of being heard rings together works and performances by a group of international artists, musicians and composers engaging with sound and modes of listening. Installed throughout the galleries and connecting spaces, the exhibition is presented in parallel with a series of live performances and special events, both at the South London Gallery SLG and at nearby off-site venues as part of SLG Local.

In the main gallery, works place an emphasis on the act and intimacy of listening. Singing, 2000, by the late sound art pioneer Rolf Julius comprises seven suspended speakers which emanate a low, resonant hum, whilst Julius’s large printed ‘dot’ score and a photograph by Reiner Ruthenbeck showing someone closing the shutters outside a gallery, conjure the gesture of a noise without actually making a sound.

Canadian sound artist crys cole focuses on the delicacy of minimal sonic environments, presenting a sound sculpture, entitled filling a space with salt (in two parts), that is created and located within the gallery floor’s vents.

Within the connecting spaces between the galleries are multiple iterations of Swedish composer, writer, performer and conceptual artist Leif Elggren’s ongoing project, for which he reappropriates the colour combination of yellow and black, traditionally used to express danger or to demarcate a border.

Free exhibition
View related events
SLG Local is sponsored by Bloomberg and also funded by the National Lottery through the Big Lottery Fund.

With additional support from Fluxus, The Great Britain Sasakawa Foundation and The Japan Foundation. 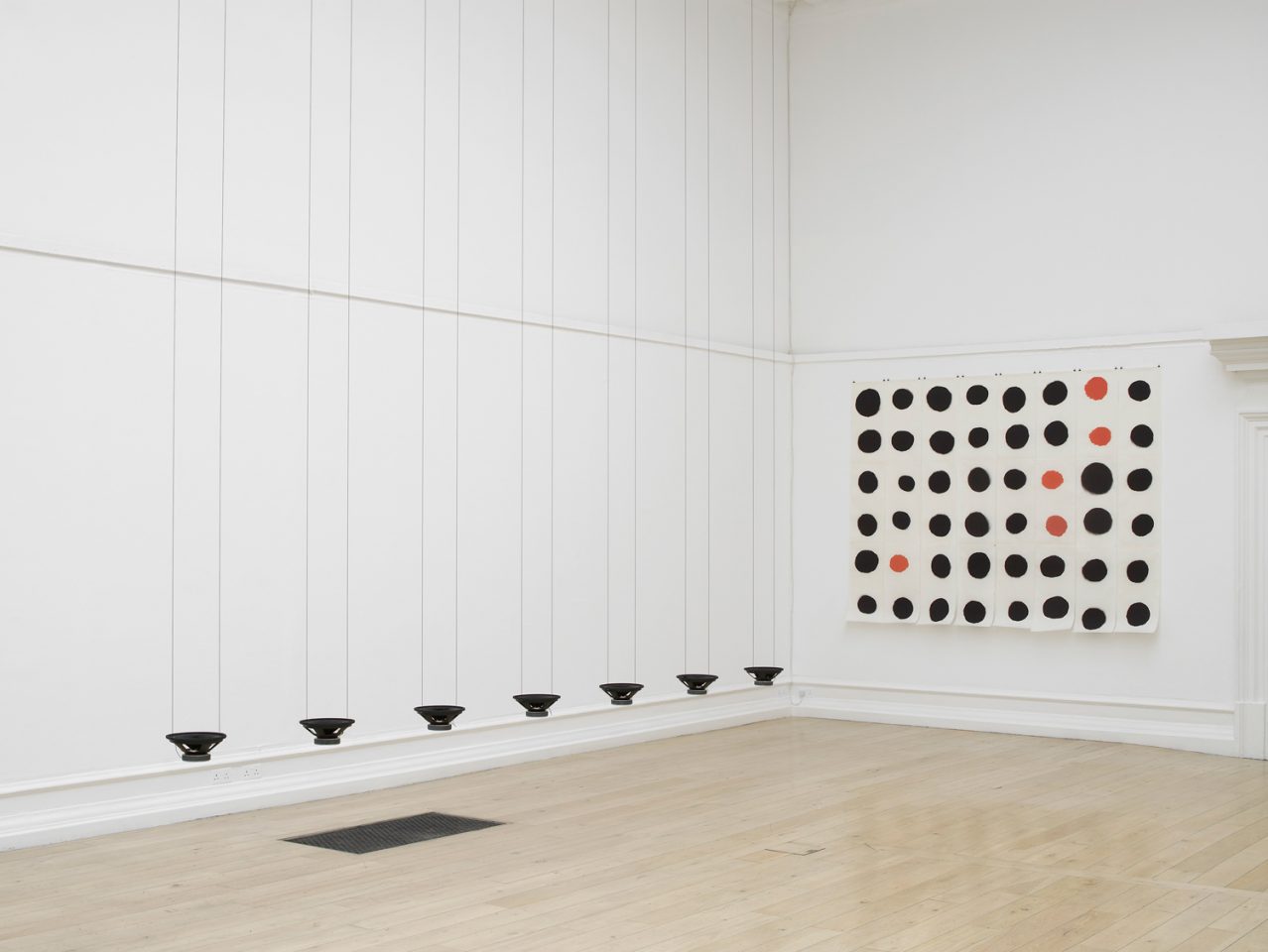 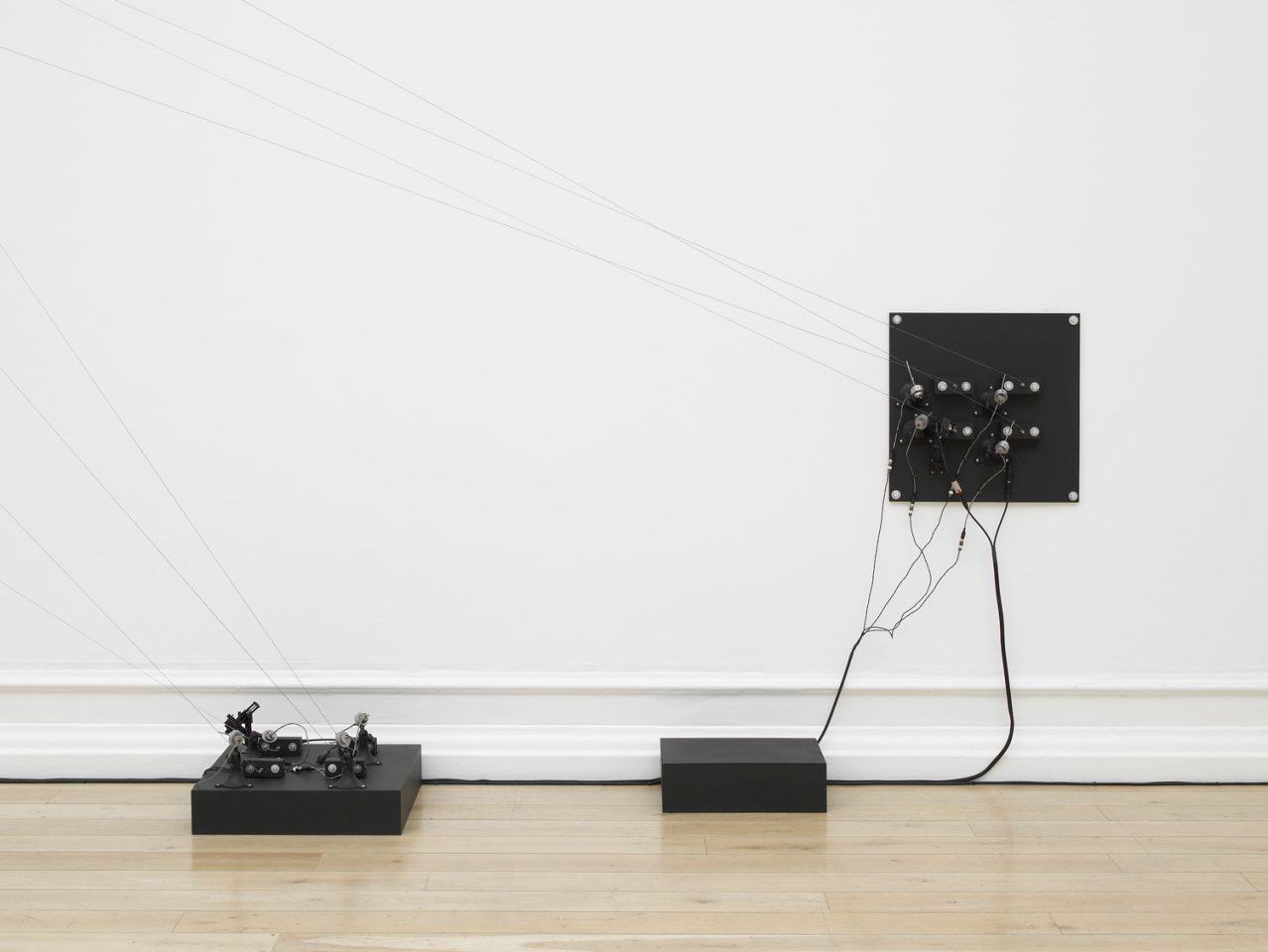 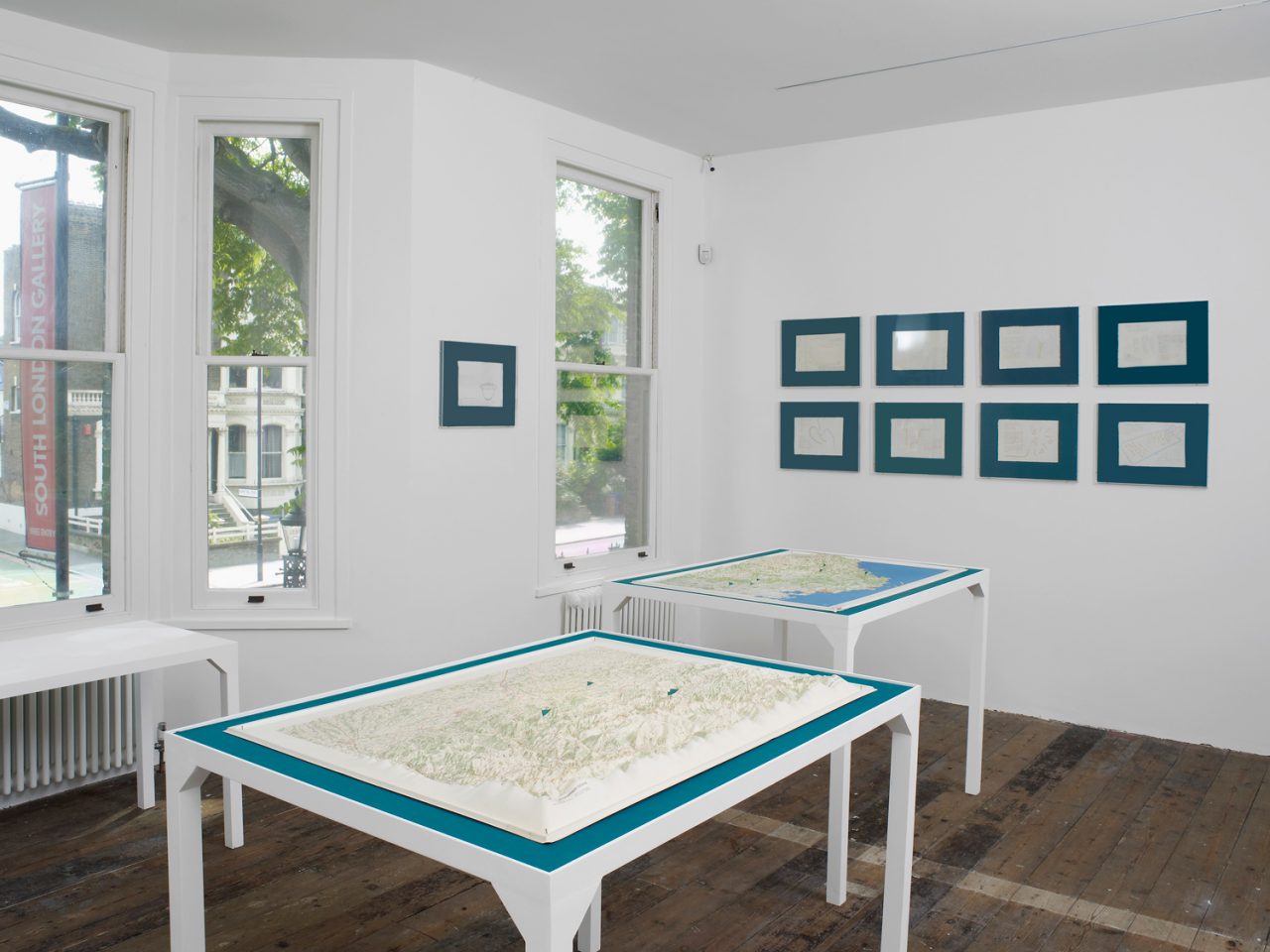 SLG Local is sponsored by Bloomberg and also funded by the National Lottery through the Big Lottery Fund.

With additional support from Fluxus, The Great Britain Sasakawa Foundation and The Japan Foundation.

3 Jul 2013 Past event
COOKIES We use cookies to enhance your experience on this site. Find more info here.

Installation view of At the Moment of Being Heard in the Main Galleries, 2013. Photo: Andy Keate