Because a Fire Was in My Head is an exhibition about scale and perception. The Renaissance thinker Giulio Camillo made the ambitious claim of being able to remember, and therefore comprehend, the universe by looking down on it from above, as if he were God. From this divine perspective he claimed “the invdividual beholds the macrocosm and holds it in their memory.”

One way in which we have attempted to ‘know’ the world and our place in it in this way has been to capture these memories or perspectives in landscape. The results often deal in great themes: the apocalypse, utopia, our importance or insignificance in the scheme of things.

Some of the works in Because a Fire Was in My Head are similarly preoccupied with the macro, evoking a utopian vision or grand plan. These clash with others that operate in the micro, seeking to reveal our incompetence or inability to sustain these schemes.

Like giants we wander through Keiko Sato’s work, painstakingly crafted from broken glass and sand, as though we were gazing down at a futuristic cityscape. In amongst Yael Robin’s surreal landscape of wiry model trees and cheap building materials peopled by dolls, a tiny monitor plays a tape of the artist as she assembles and dismantles an automatic weapon.

In contrast to these large-scale visions, Willem Oorebeek’s world is one of ‘black-outs’, where images selected by friends from magazines, newspapers or their own photograph albums are printed over with a thin layer of black paint, invoking a sense of loss and regret. Erasmus Schroter’s black and white photographs show an apocalyptic vision: the vast hulks of abandoned ships anchored in the Baltic Sea, now used by the military for aerial target practice. Chad McCail’s drawing Dream Male is a 12-part sequence of a flying dream, in which the protagonist fights with and then rescues a fellow fighter jet pilot.

The exhibition is experimental in its construction. Exploiting the opportunities afforded by the scale of the South London Gallery, it combines an ambitious collection of new commissions with existing works that have been re-worked for the space.

Because a Fire Was in My Head includes an eclectic group of artists from all over the world: Robin from Israel, Sato from Japan (now living in Holland), Kelley from the USA, Bijl from Belgium, Schroter from Germany, Smith and Sofaer from the UK.

By presenting such a disparate group of artists, the exhibition prohibits any neat thematisation, deliberately leaving the viewer free to experience the possibilities and confusions their work may provoke. 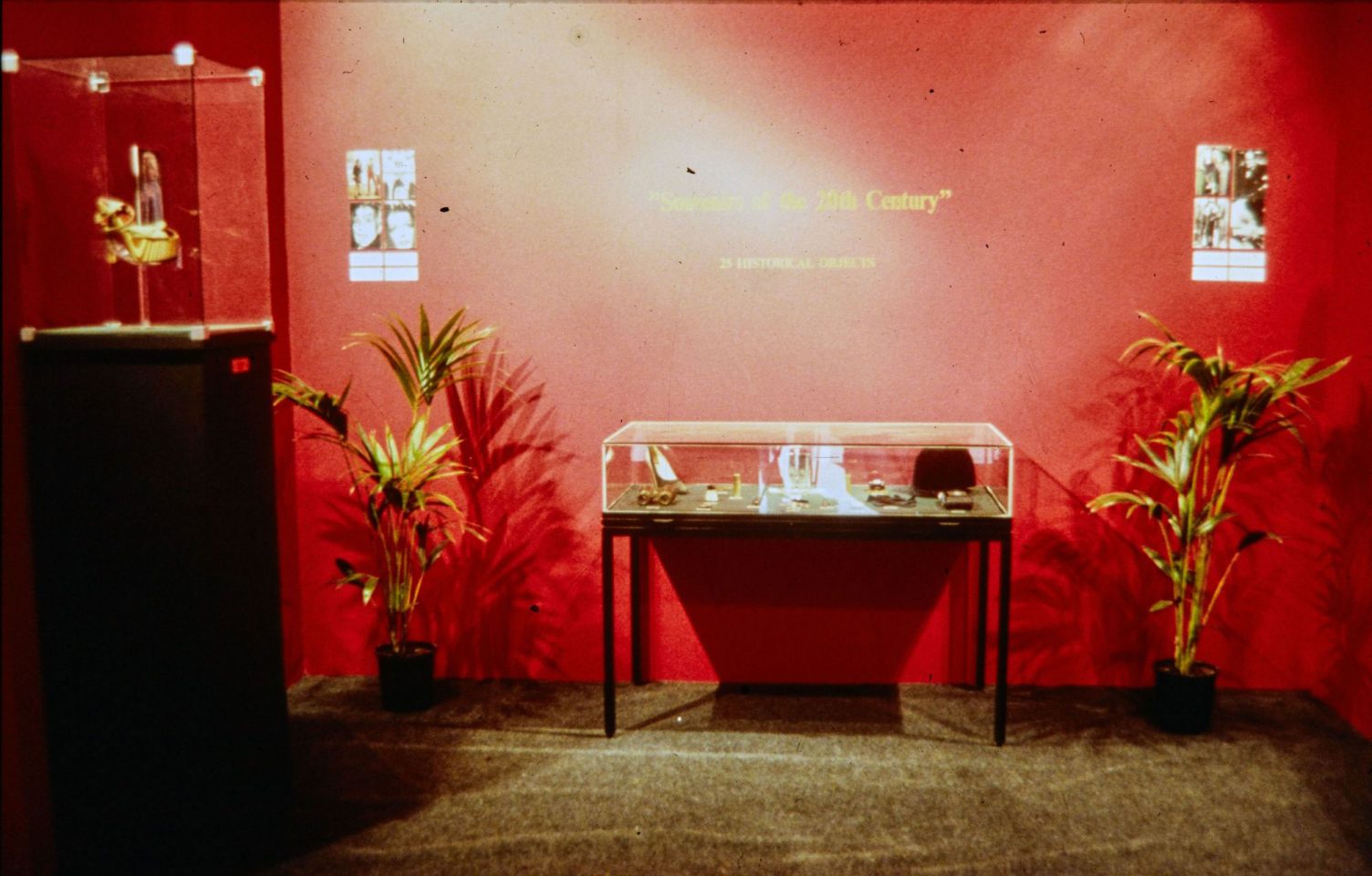 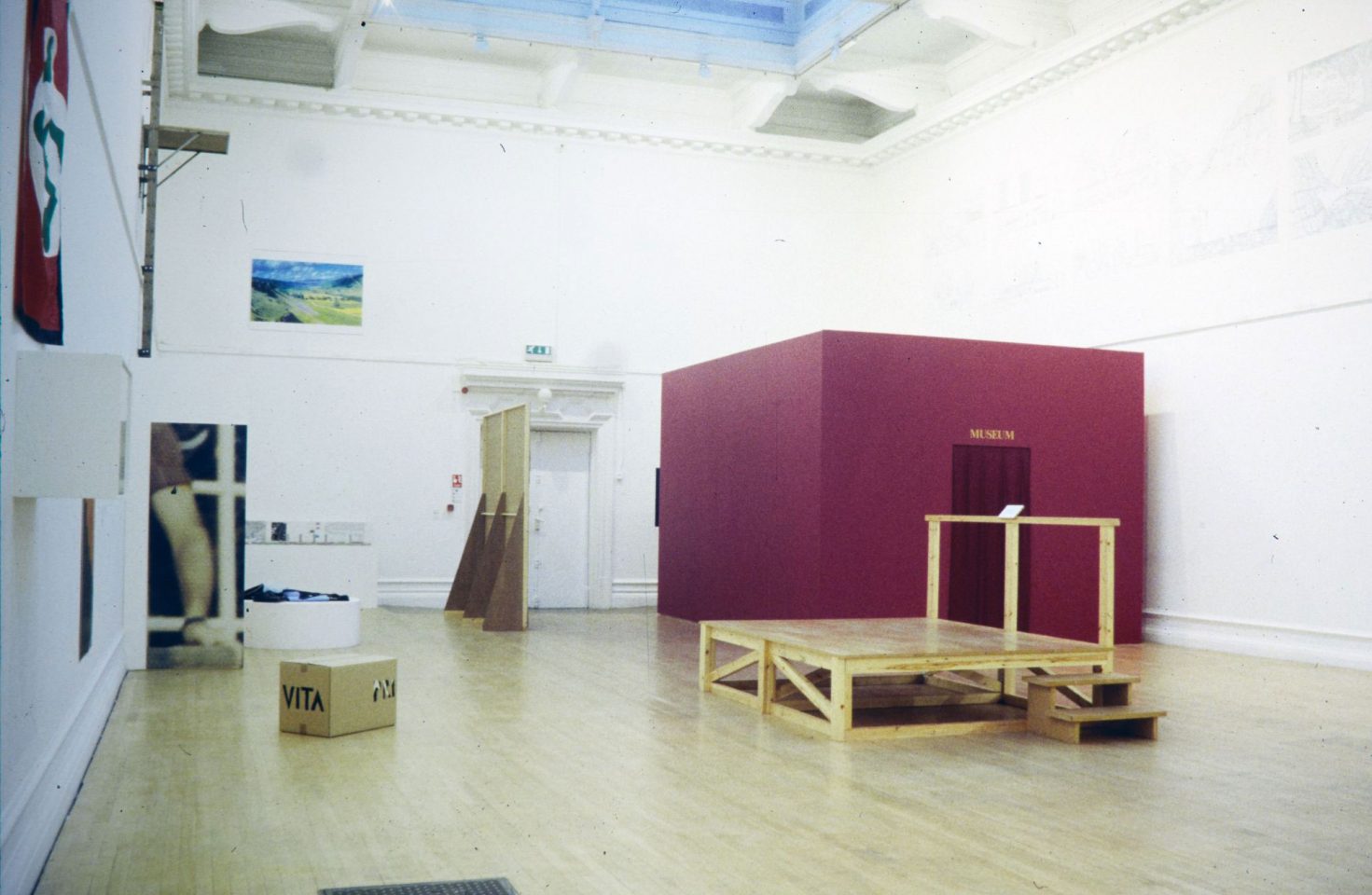 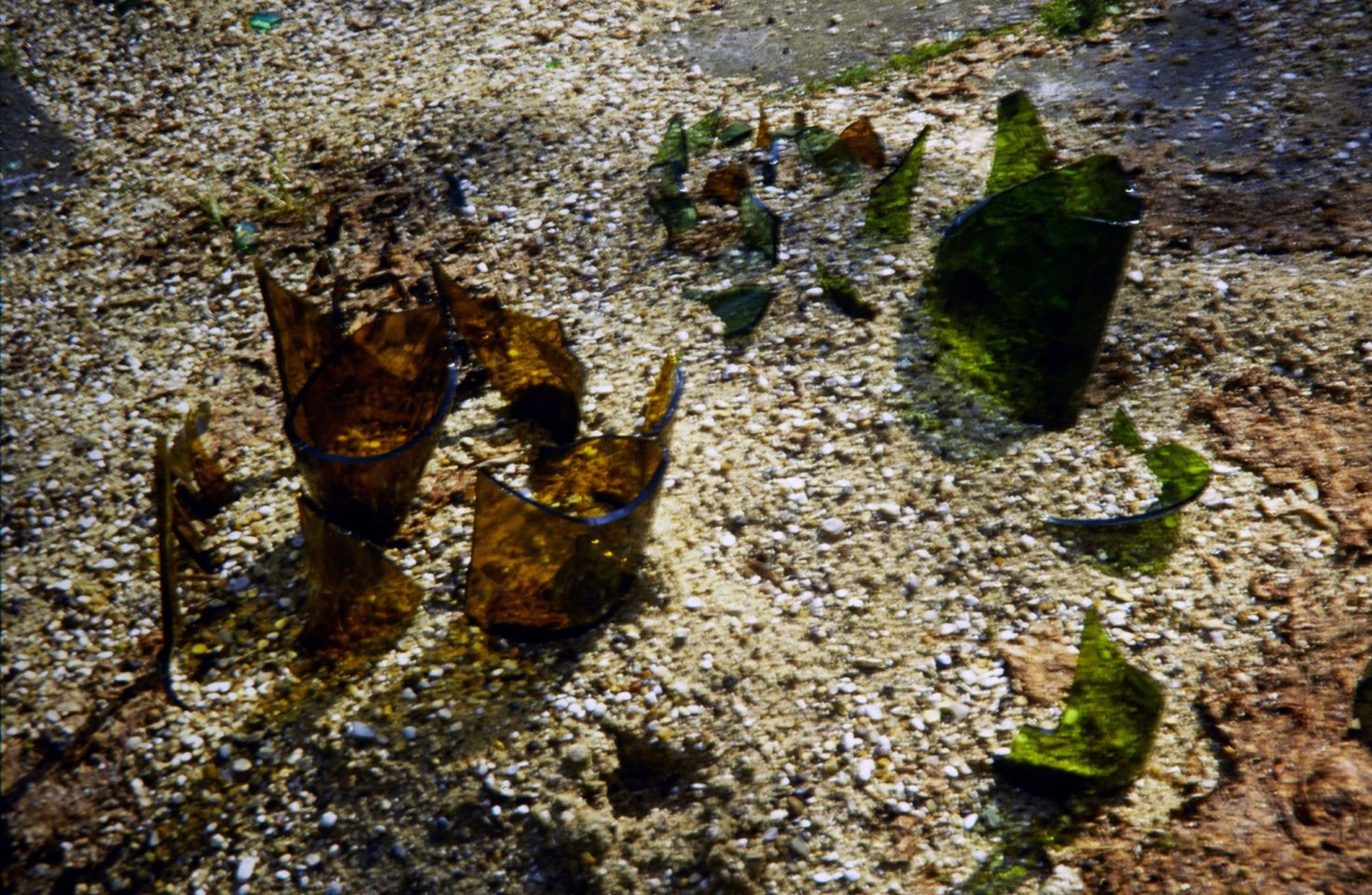 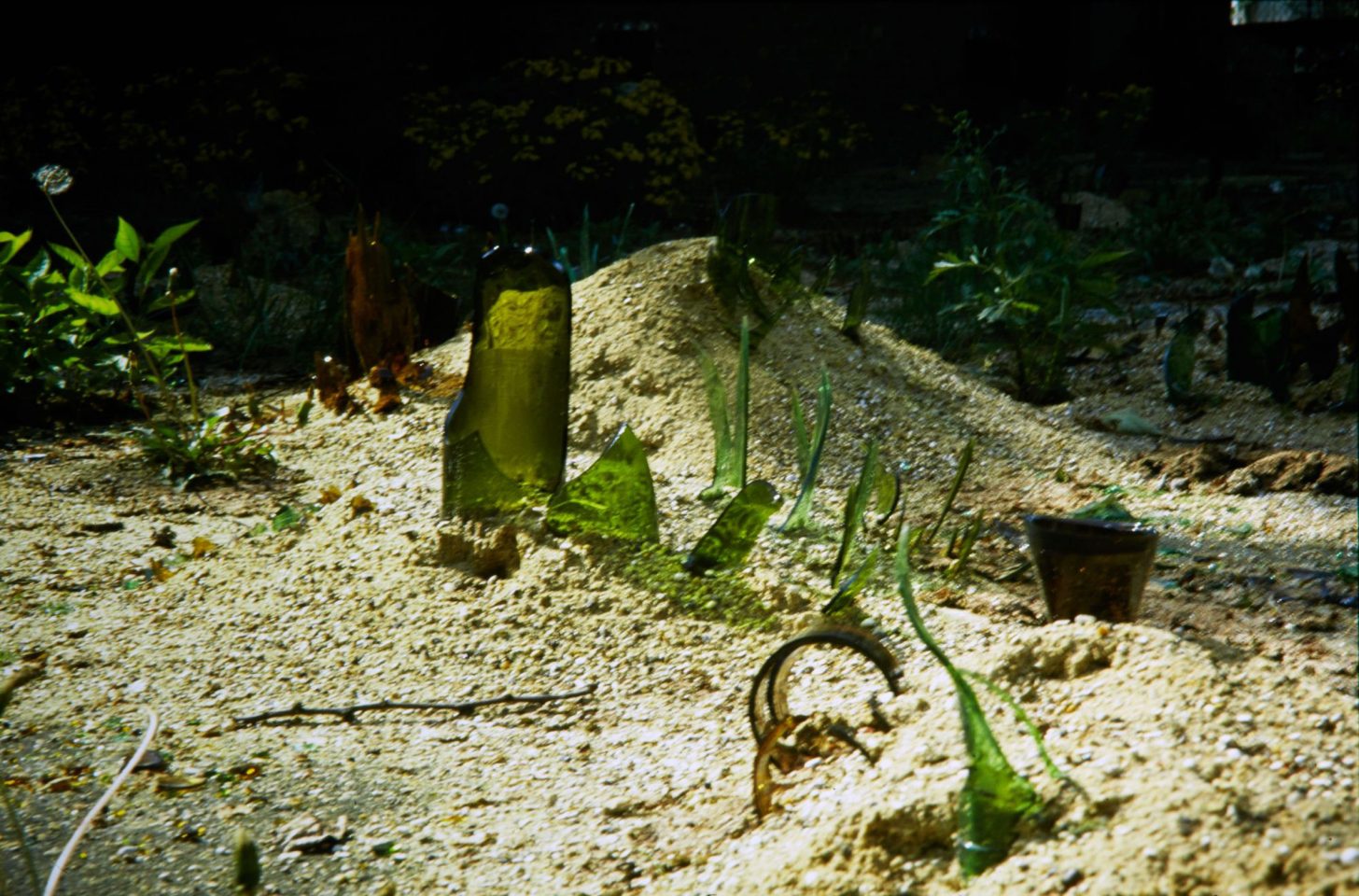 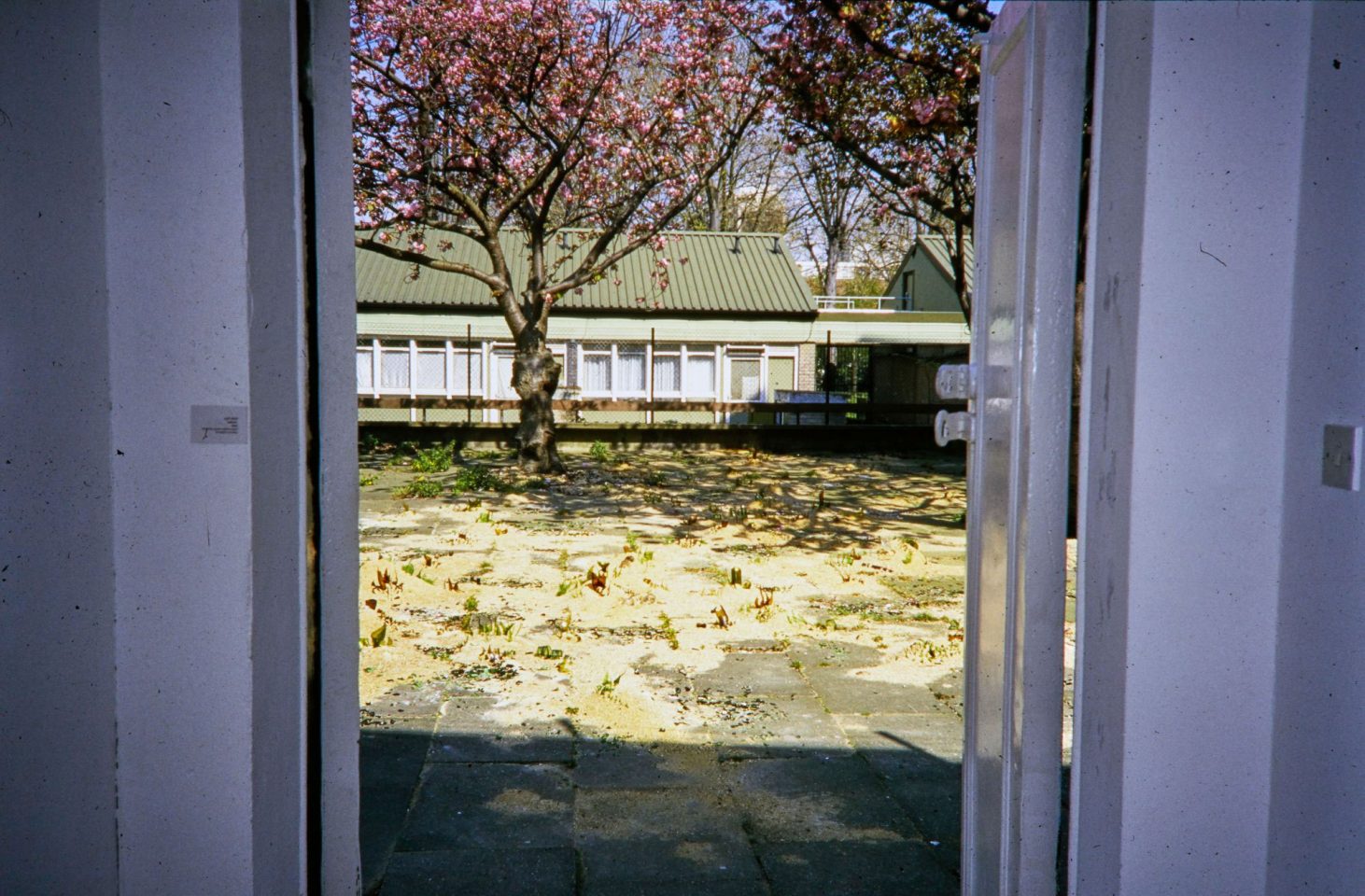 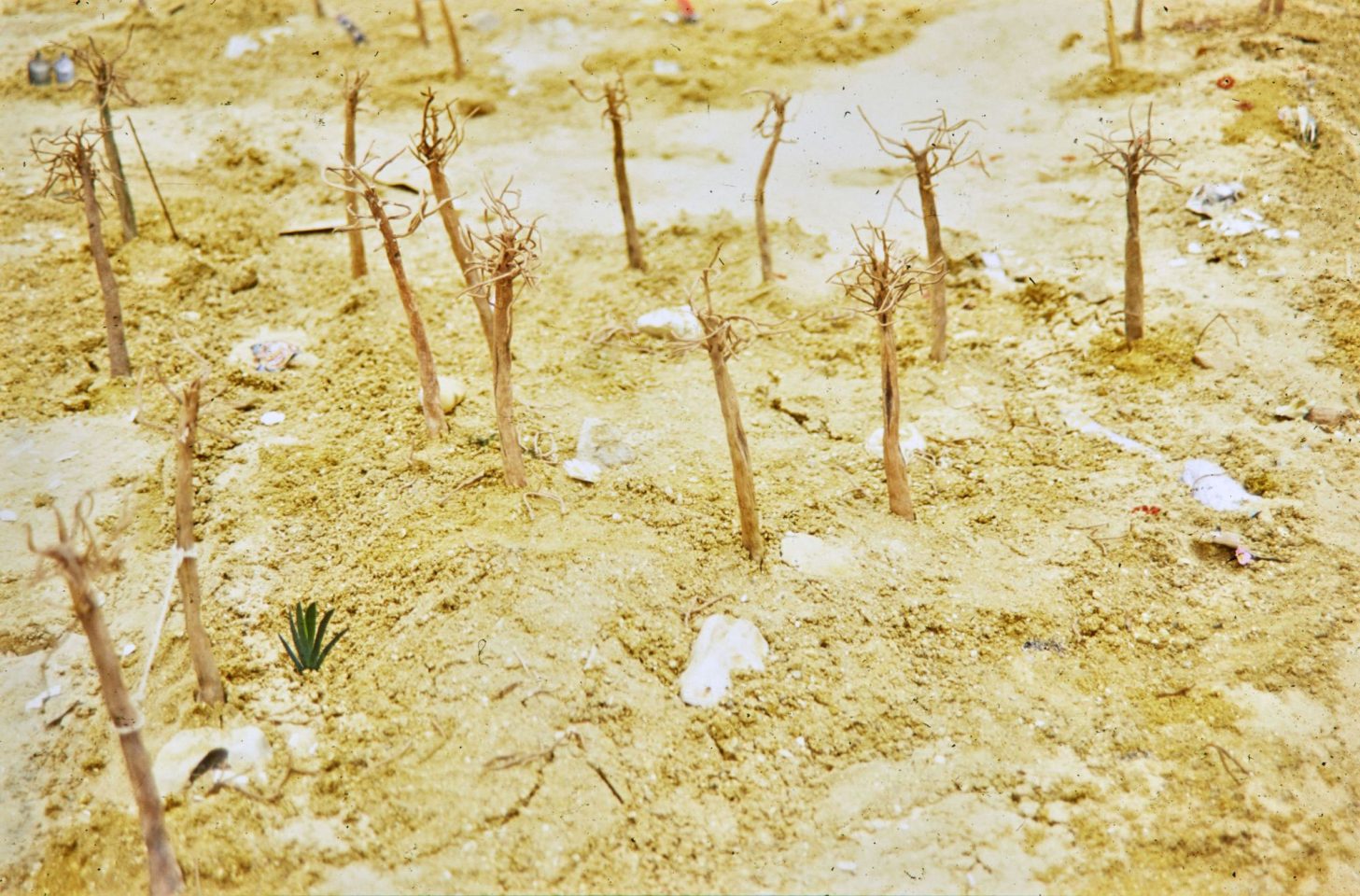 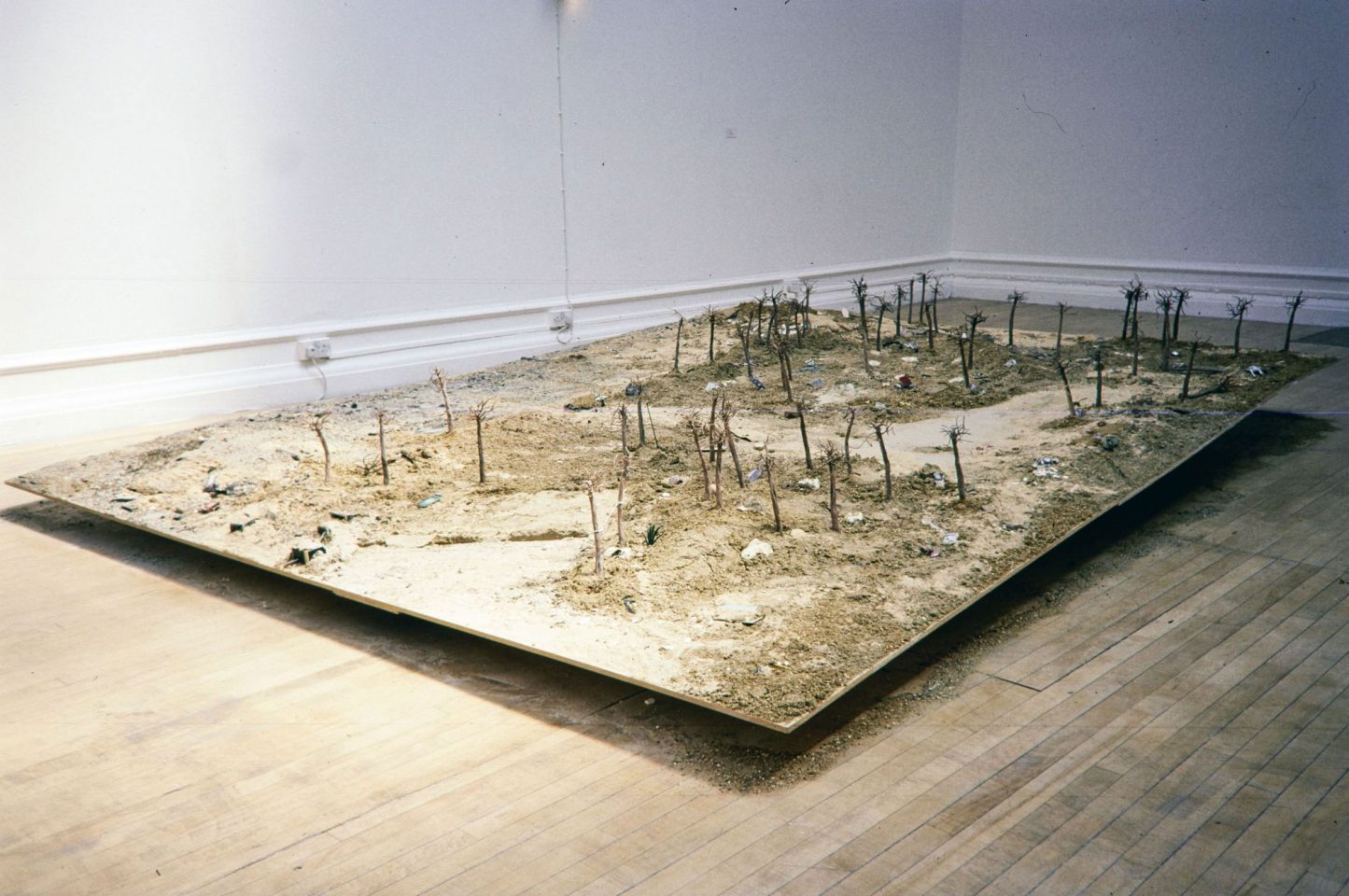 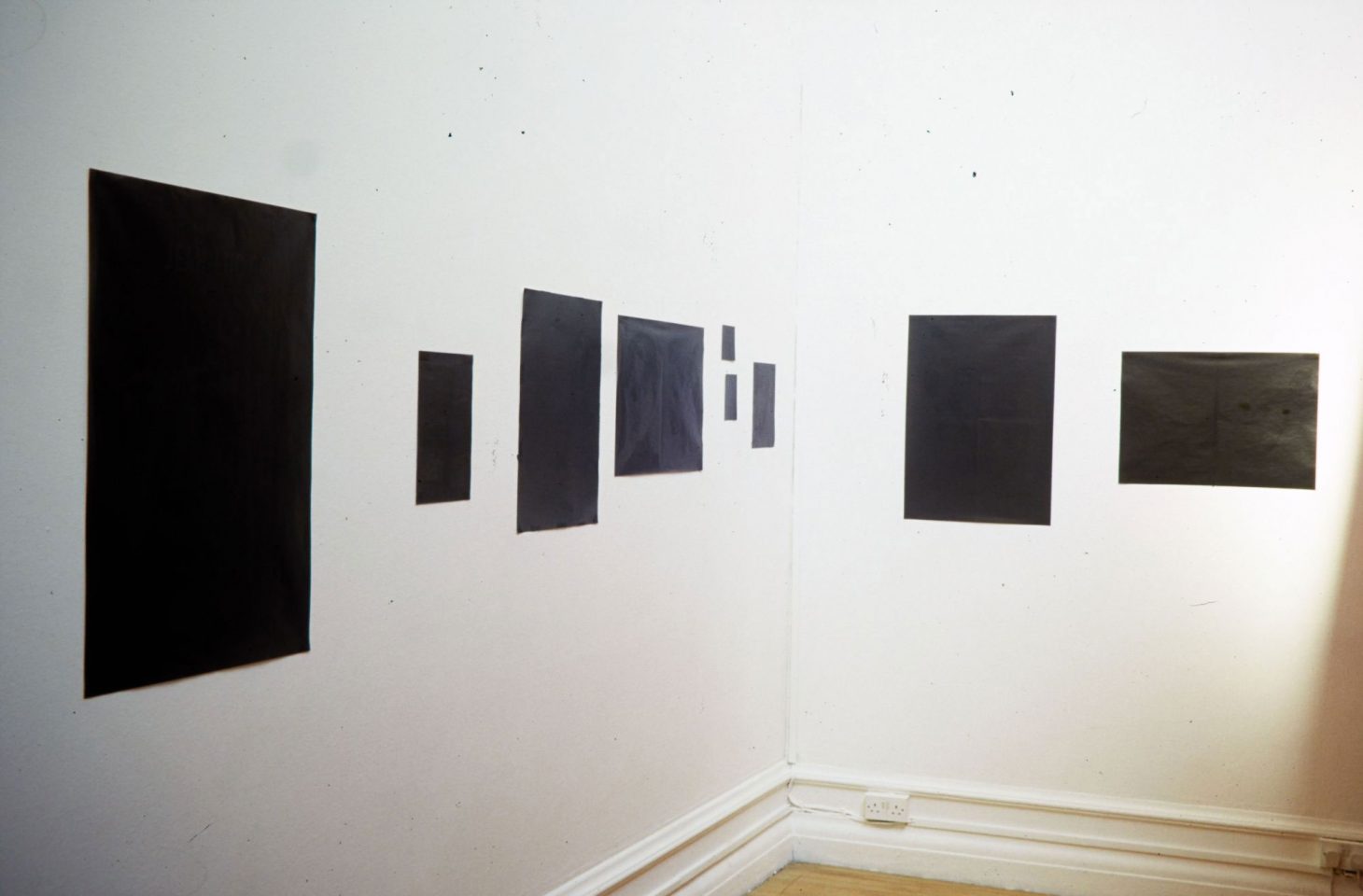 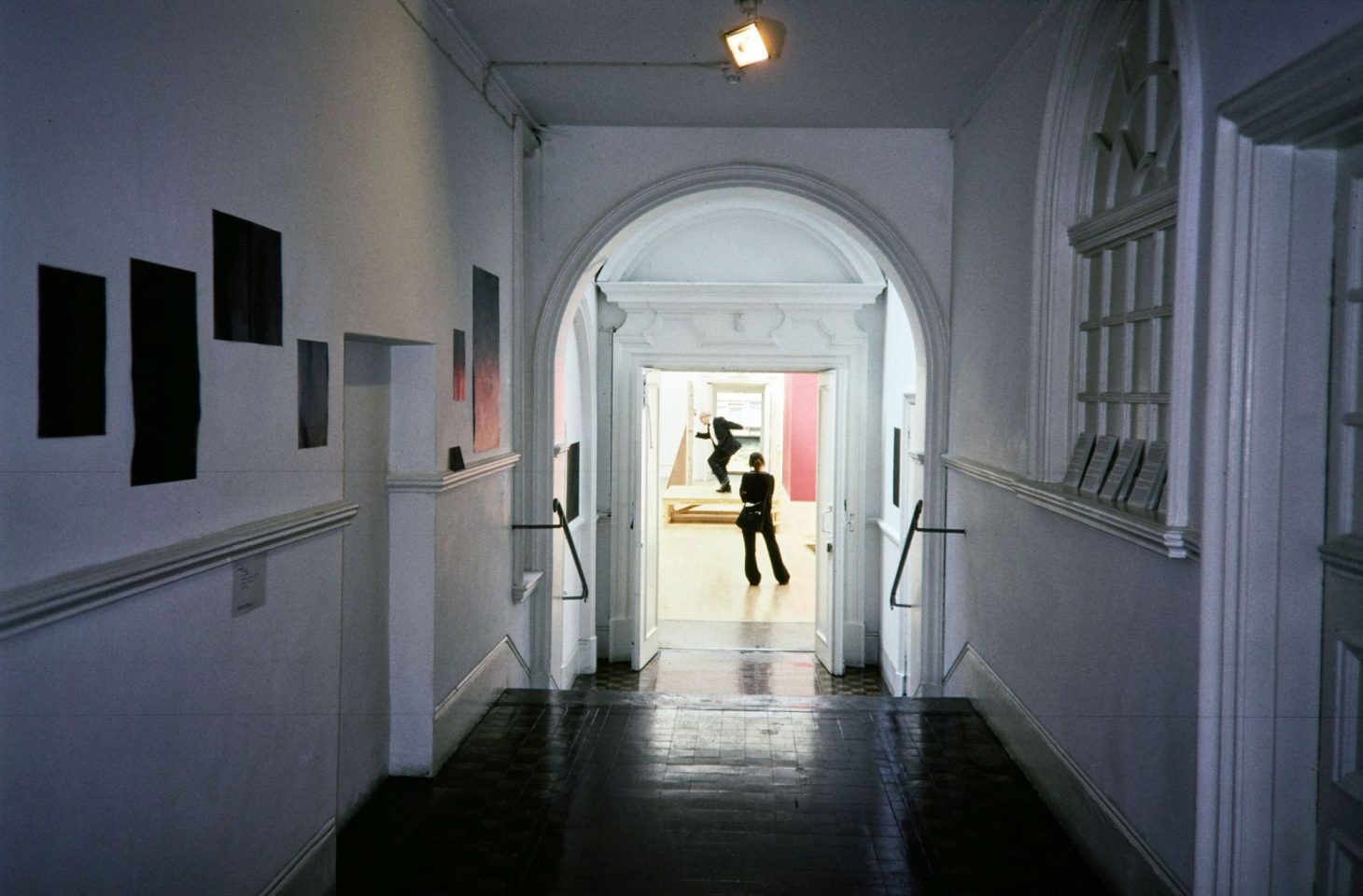 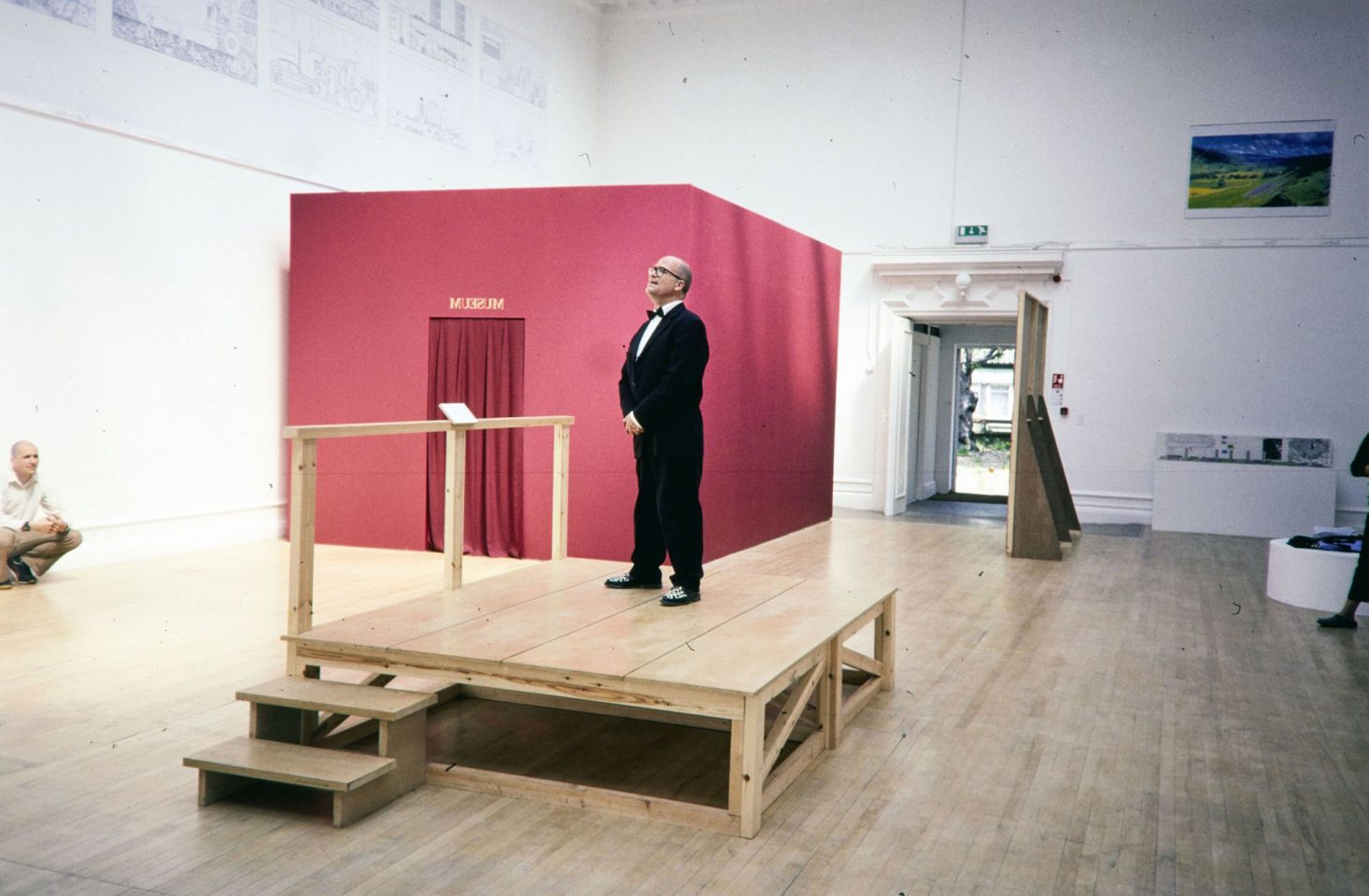 Installation view from Because a Fire Was in My Head.