Beyond These Walls is an international group show of specially commissioned work prompting fresh perspectives on the South London Gallery’s (SLG) architecture, our negotiation and interpretation of its spaces, and its geographic context. For some artists architectural or spatial interventions are an important strand in their practice, while for others an exploration of social contexts is the primary impetus behind their work.

Site-specific works transform the gallery and present an inspiring variety of approaches to using space and/or architecture as media. Walk into Esther Stocker’s 3D version of a black and white op art painting and see the SLG’s main space transformed by Pieter Vermeersch’s enveloping wall painting, exploring ideas of moving within and through painting as opposed to passively observing it.

Other pieces relate to the gallery’s late 19th century origins and the marquetry floor panel bearing the words ‘The source of art is in the life of a people’. Ayse Erkmen transposes the inscription to helmets worn by builders of the SLG’s current expansion project while Leon Vranken’s work makes oblique reference to the arts and crafts origins of the SLG building. Four concrete sculptures by Knut Henrik Henriksen are inspired by the relationship between the current floor and the original beneath.

London-based artist/architect collective public works’ take the social as well as physical reach of the gallery’s activities as their subject in a live mapping process which sets out to give visual form to the various extensions of the SLG, while Tue Greenfort creates an entrance at the rear of the gallery to shorten the access route for residents on the neighbouring housing estate. Harking back to the SLG’s original layout, Greenfort’s piece also opens up the sight line running through the central axis of the building, blurring the boundaries between inside and out.

Free exhibition
View related events
Beyond These Walls is sponsored by Bloomberg. 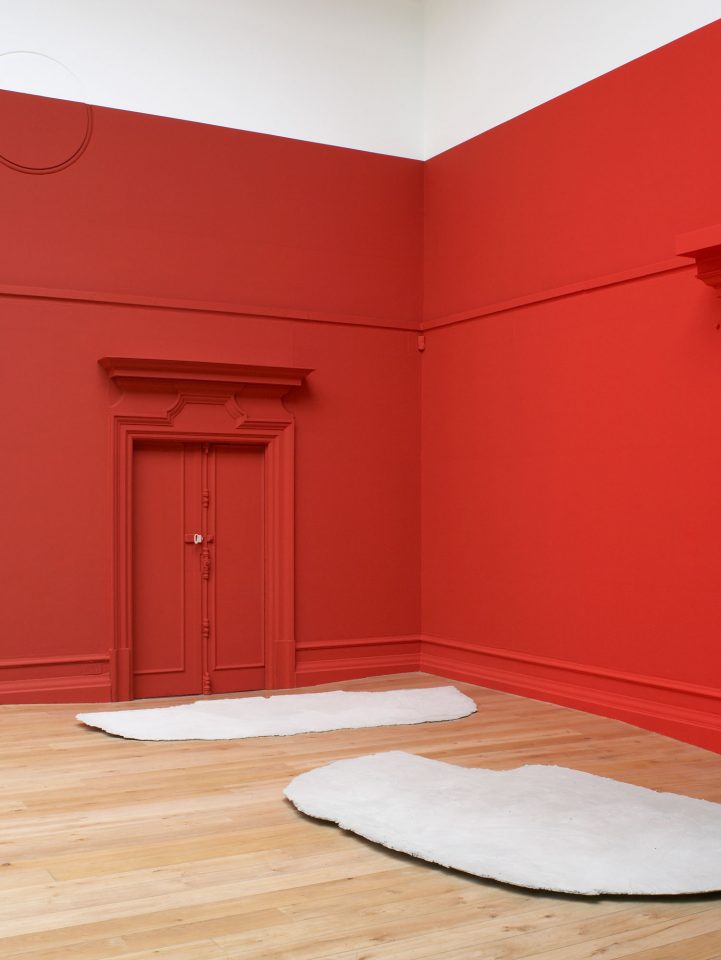 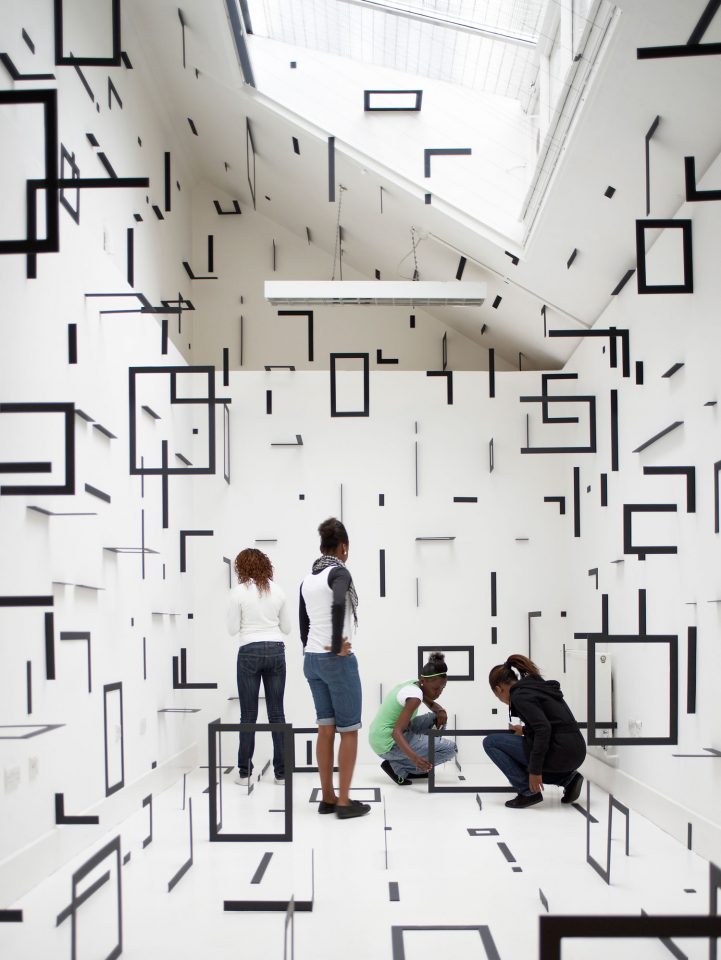 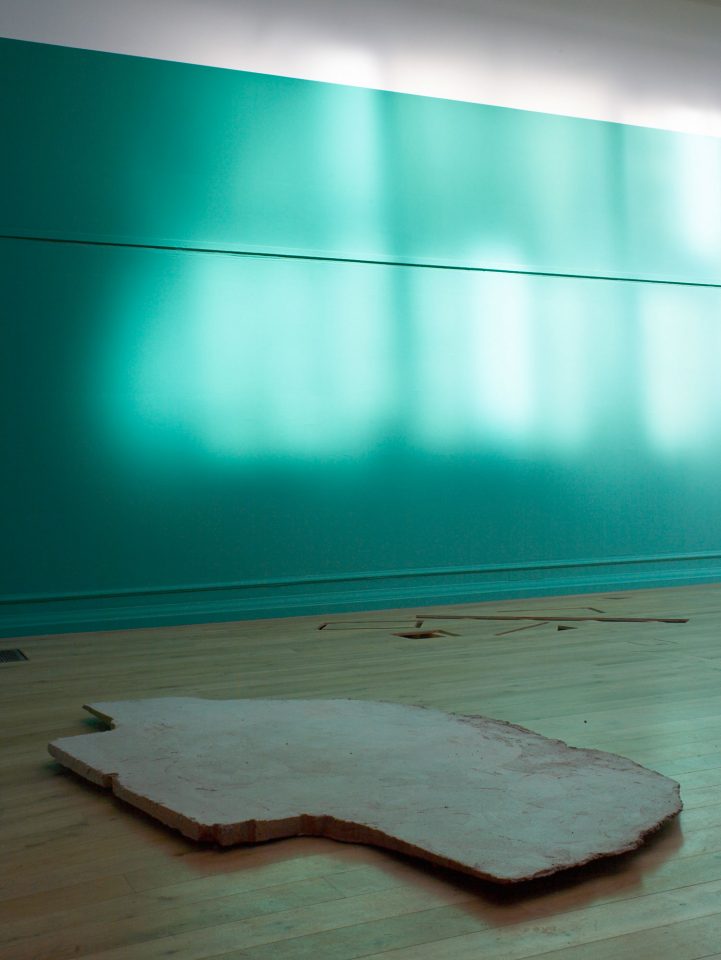 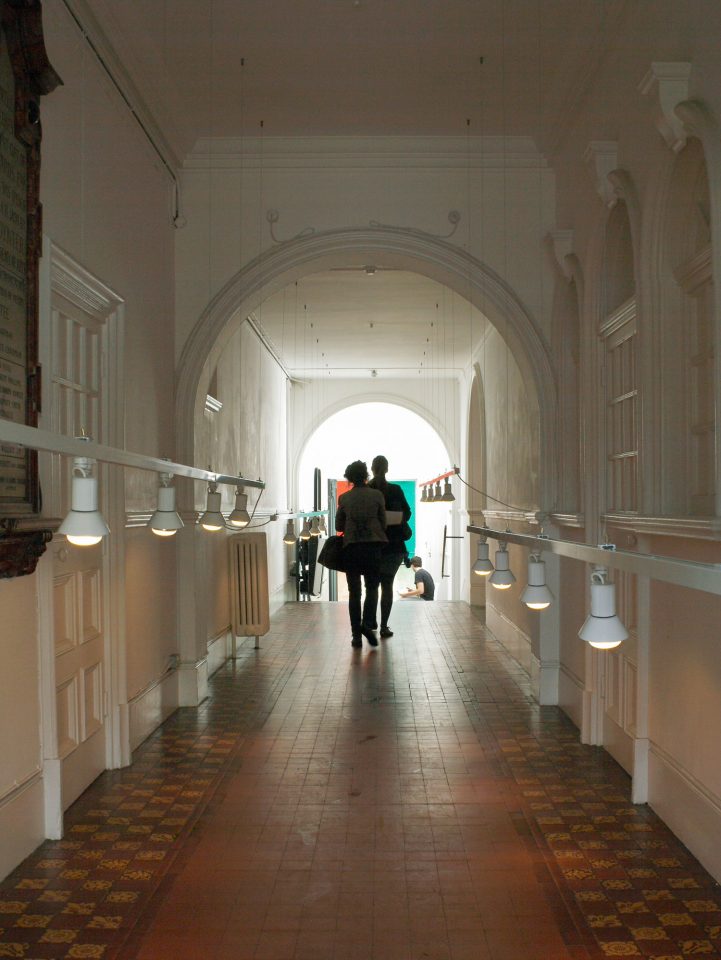 Beyond These Walls is sponsored by Bloomberg.

Behind-the-scenes tour by 6a architects

Beyond These Walls: Discussion

13 Aug 2009 Past event
COOKIES We use cookies to enhance your experience on this site. Find more info here.

Installation view of the Main Galleries for Beyond These Walls, 2009. Photo: Andy Stagg