Ettore Spalletti is of the same generation as artists Mario Merz, Giovanni Anselmo, Gilberto Zorio, Jannis Kounellis and Michelangelo Pistoletto. In the late 1960s they became known under the collective title of Arte Povera, a term initially used by the Italian art critic Germano Celant as a description of the materials they tended to employ industrial or raw materials. Their energy and ironic comment on the tradition of Italian classicism became known throughout Europe. In contrast, Spalletti has always used fine and precise materials to create work which possesses a sublime and almost ethereal quality. Yet he has become established as one of the artists of this generation and has remained separate in where he lives and how he works.

Based in the village where he was born, he continues to live and work in the hills above Pescara on Italy’s Adriatic coast. Using a clean, spare industrial building as a studio he painstakingly makes work from carrara marble and black Belgian marble, alabaster and wood. The surfaces of these works become important whether used in their natural polished state as in Disco or layered with pigment in Acquasantiera. Beyond their surfaces these stones present a layered quality as the depths of the carrara marble or alabaster hint at how their crystalline geological qualities have been made thousands of years ago. His other geometrical forms are constructed of wood and then are layered with plaster and raw pigment. This delicate technique results in a soft opaque surface which appears to breathe. Spalletti’s contrasting use of materials gives his work, on the one hand, a sensual and precious quality, while on the other they are in fact robust and tangible.

The shapes Spalletti employs refer to classical forms as much as to domestic utensils: Anfora (amphora) and Bacile (basin). Yet their ethereal quality is created from the use of pure geometry and luminous colour. One cannot help thinking that the colour range is infused by Mediterranean light together with the sky and soil of Italy. The shapes are no longer symbols of utility as their sublime colouring denies their functional attributes. The quality of pigment counteracts the rigid, linear order of things and allows the viewer to question the certainty of contour and perception.

The placing of the work within the gallery space is for the artist of great importance. The relationship of reality to illusion continues from the intrinsic qualities of each piece, to where and how it stands in a particular environment. Most recently Ettore Spalletti has been engaged in creating a series of rooms where the architecture ‘is reduced to bare walls and the striking presences of the picture and the sculpture are replaced by the energy of the blue pigment which covers walls, ceilings and floors, as if in an attempt to transform the entire internal architecture into pictorial immateriality’ (Germano Celant). Certainly, Stanza hints at his desire to cross canvas with sculptural form and allows him to play with the different dimensions of objects within architecture.

As with the equivocal nature of his forms, Ettore Spalletti does not suggest specific meaning for his works. Some hint at religious ritual, and Acquasantiera, similar to a holy water stoop at the entrance of a church where the water is left as a votive symbol, is one of the most overt. Disco presents a classical image even though it is lodged close to the wall having been sent spinning by some unspecific force. Many of his works provide rational and philosophical questions which he leaves hanging. He presents his work without exhortation, drama or didacticism. 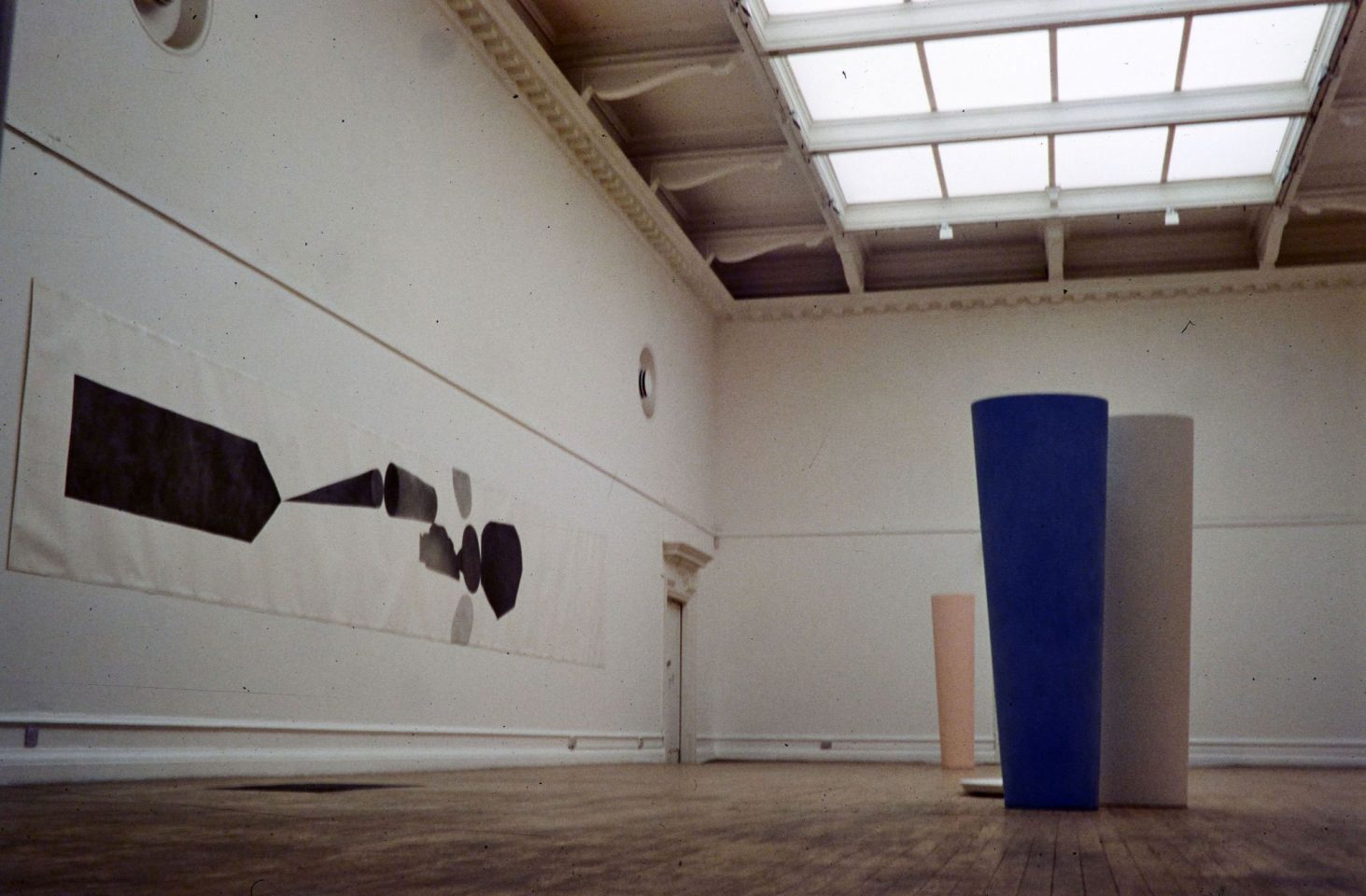 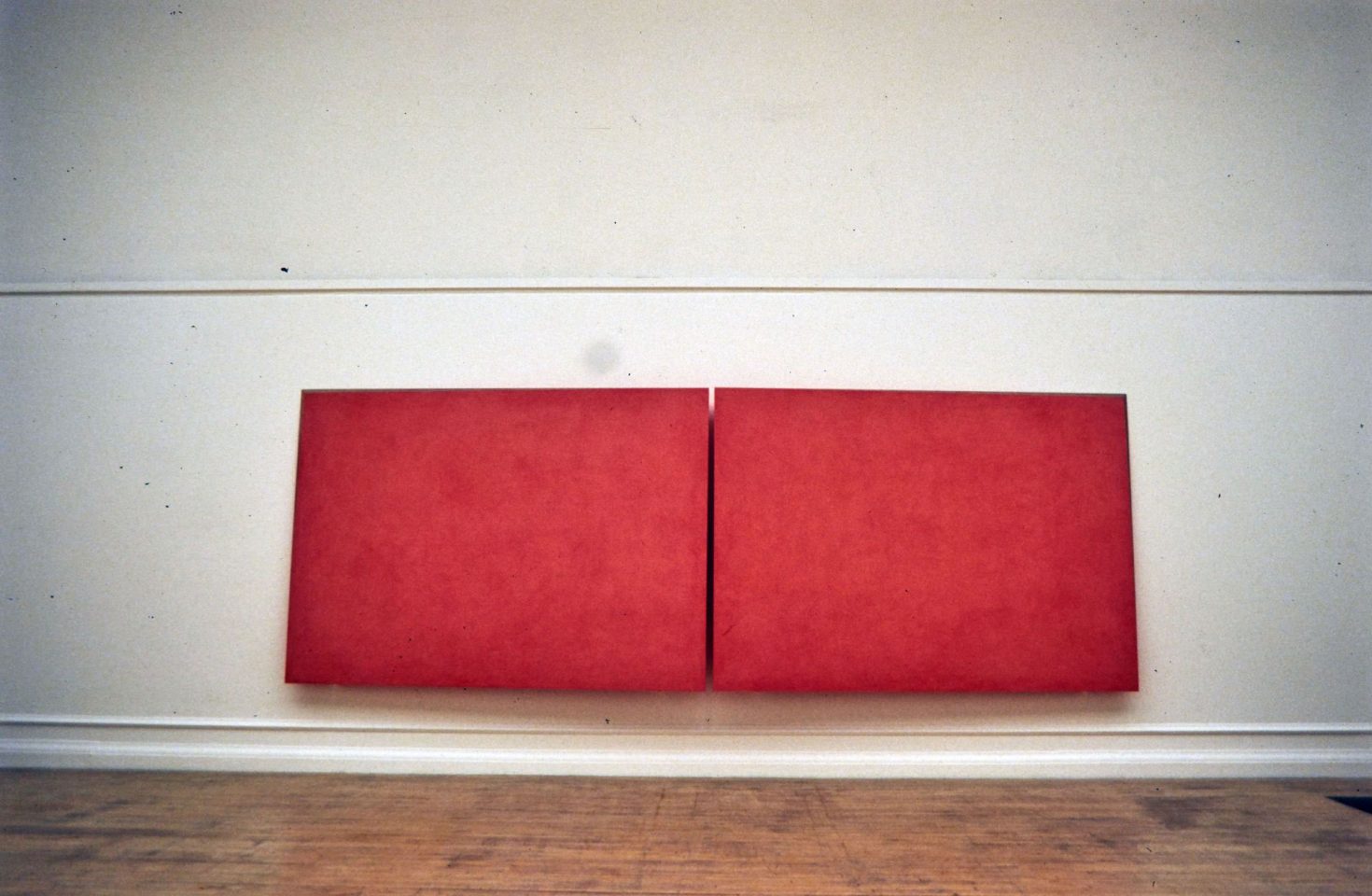 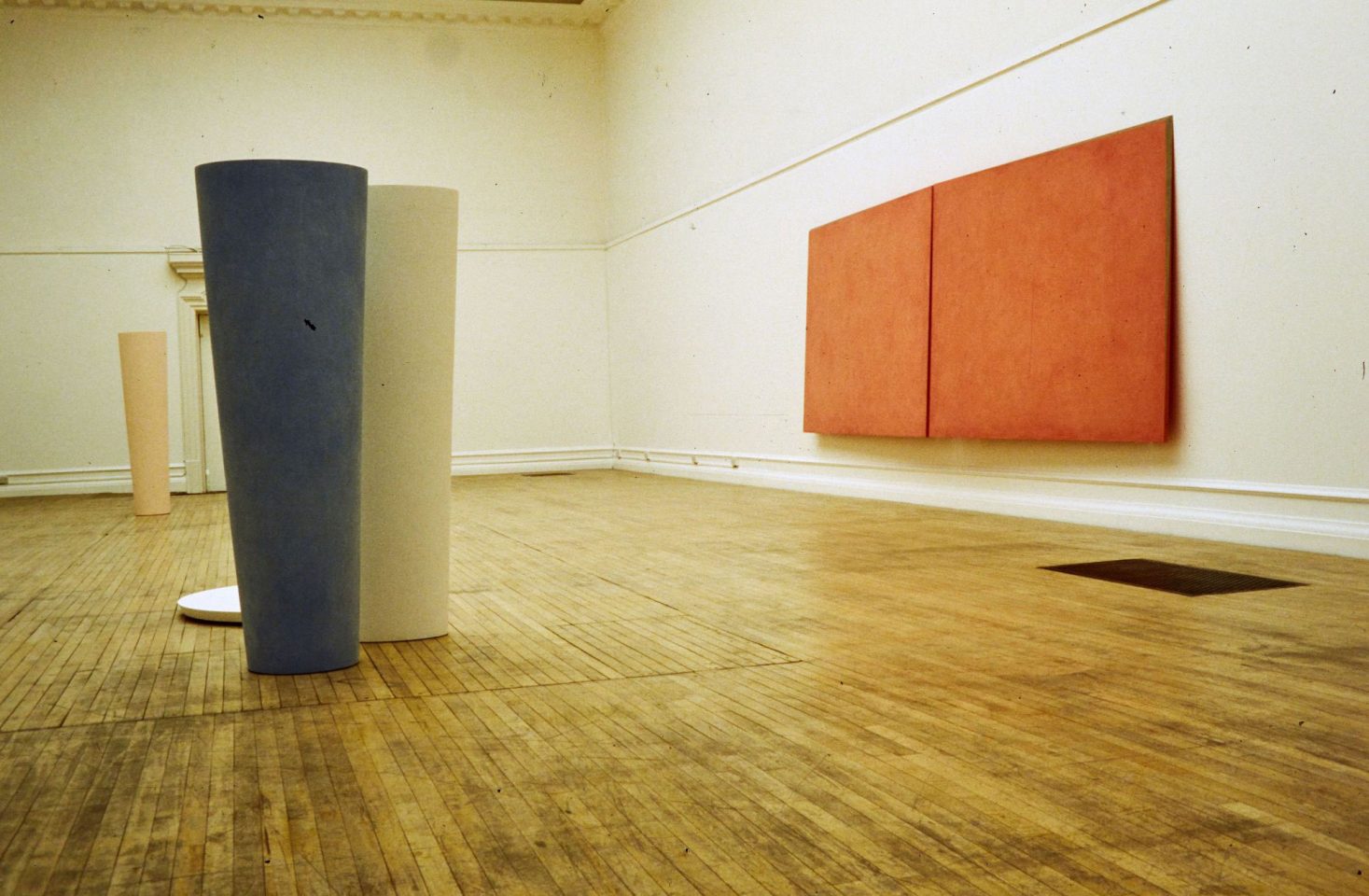