Concerning the question on the truth of our bodies, the Bible replies with unembellished frankness. ‘Dust thou art’, it tells the ancestors of humankind, ‘and unto dust shalt thou return.’ And this destiny insufficient, it goes on to drastically depict the wretchedness of human existence: ‘As he came forth of his mother’s womb, naked shall he return to go as he came’, it claims elsewhere.

It is the duty of the Holy Scriptures to remind people of the most humiliating level of their being. In spite of this or perhaps precisely because of it, it tries to escape this primal experience. Nakedness is to be concealed and the ‘earthly’ body to be cursed. The human being as dust is a damned being and naked he is an exposed being.

In their NAKED SHIT PICTURES, Gilbert & George deal with a similarly traumatic experience to the one in the Bible. The naked human, with his knowledge of himself as an amorphous mass and, in his understanding of this, his ashamed covering of his eyes, plays the decisive role here. Yet instead of serving as the cause for the curse as in the Bible, the artists have created an experience beyond the designation of guilt and self-degradation. Instead of circumscribing it metaphorically, they call its true consistency by name: in HUMAN SHITS or EIGHT SHITS they make themselves directly equal to faeces.

Recognizing himself as dust makes man call for God in the Bible. For the artists, in contrast, it is man’s call for his fellow man and fellow sufferer. With a brotherly, almost self-assuring gesture, he lays his arm around the shoulder of the other (HUMAN SHITS) or saves him like someone drowning in the sea (ILL WORLD). Intimacy is sought where the certainty of human need is the greatest.

The lower and more vulgar human physique corresponds to the appropriate human instincts. And thus in MOB LAW the artists confront the smoldering revolt of the mob, that ‘mobile vulgus’. Here the raised fist of the powerless predominates and mankind erects itself literally on a column of shit. Disconcertedness and shock are the consequences of MOB LAW.

Whoever pays such unrestricted attention to the spectrum of human vulgarity as these artists do, runs the risk of being misunderstood. And yet it is not a destitute attitude of provocation in art that we are dealing with here. On the contrary, Gilbert and George are exploring an area of human existence that we have known of since the beginning of mankind but which we have not been able to admit without the consolation of primary self-guilt. But how would it be if the original sin were not responsible for our ‘earthly’ existence? Would we be willing to recognize then that we are dust and will return to dust? 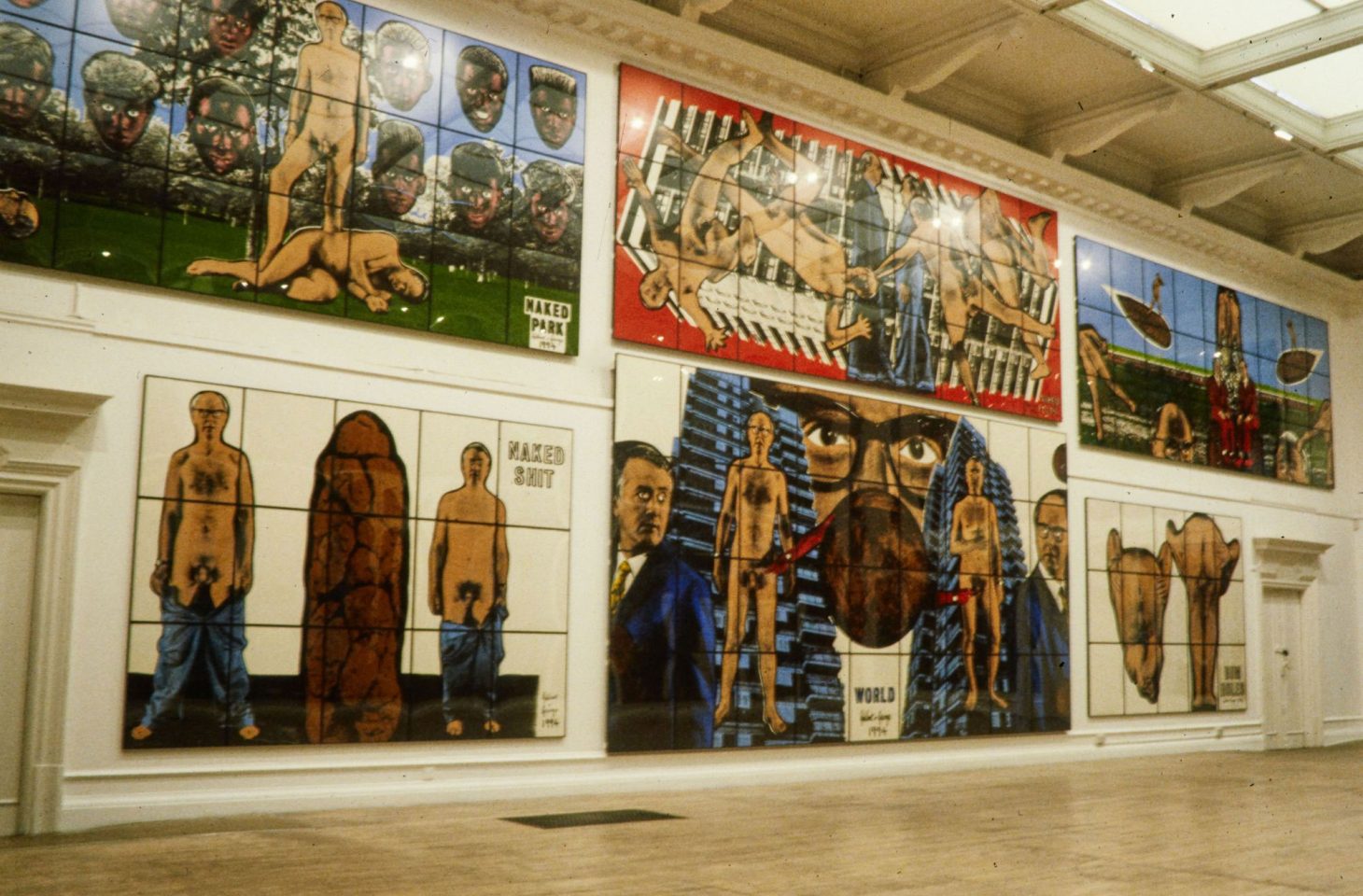 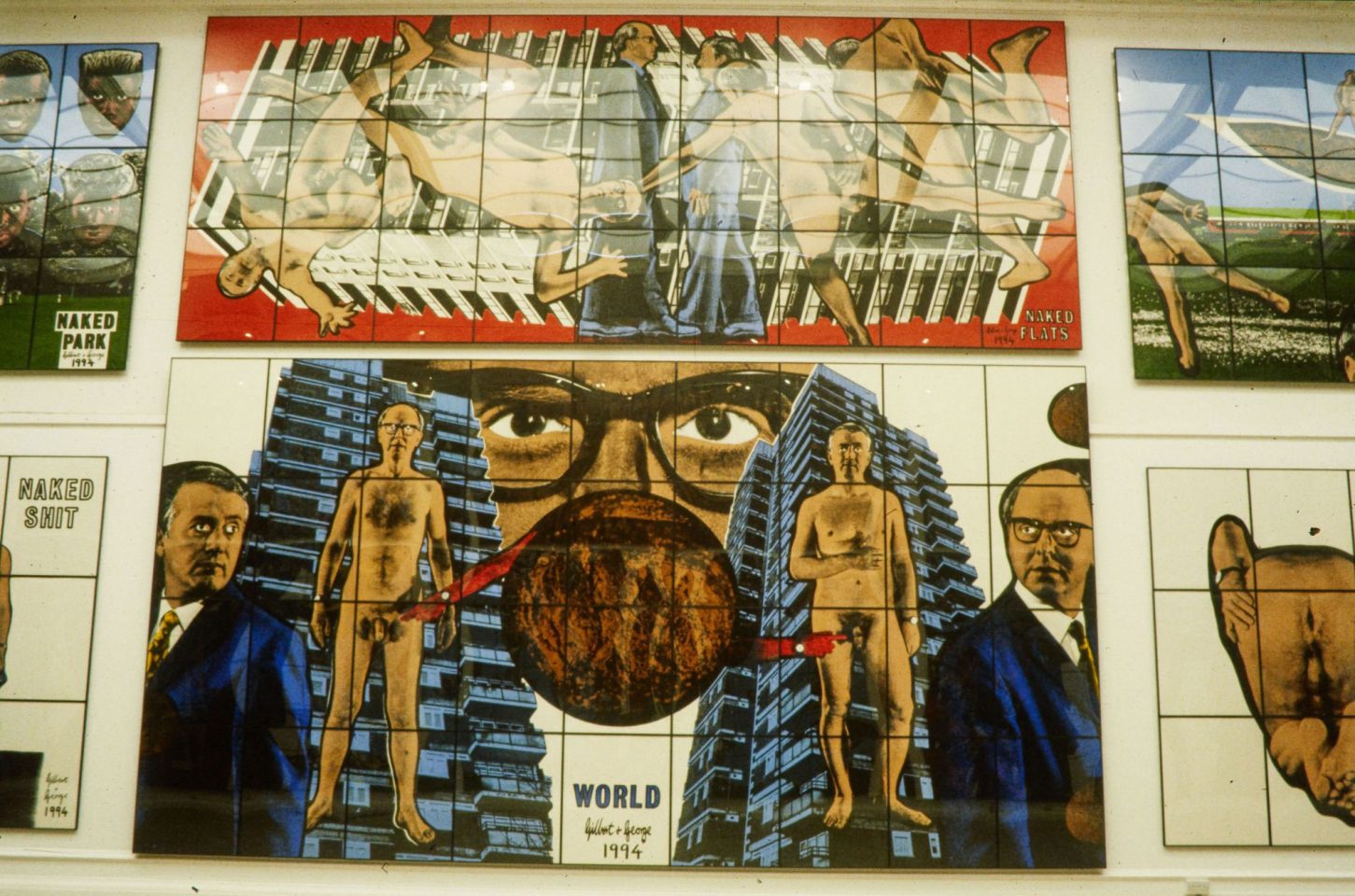 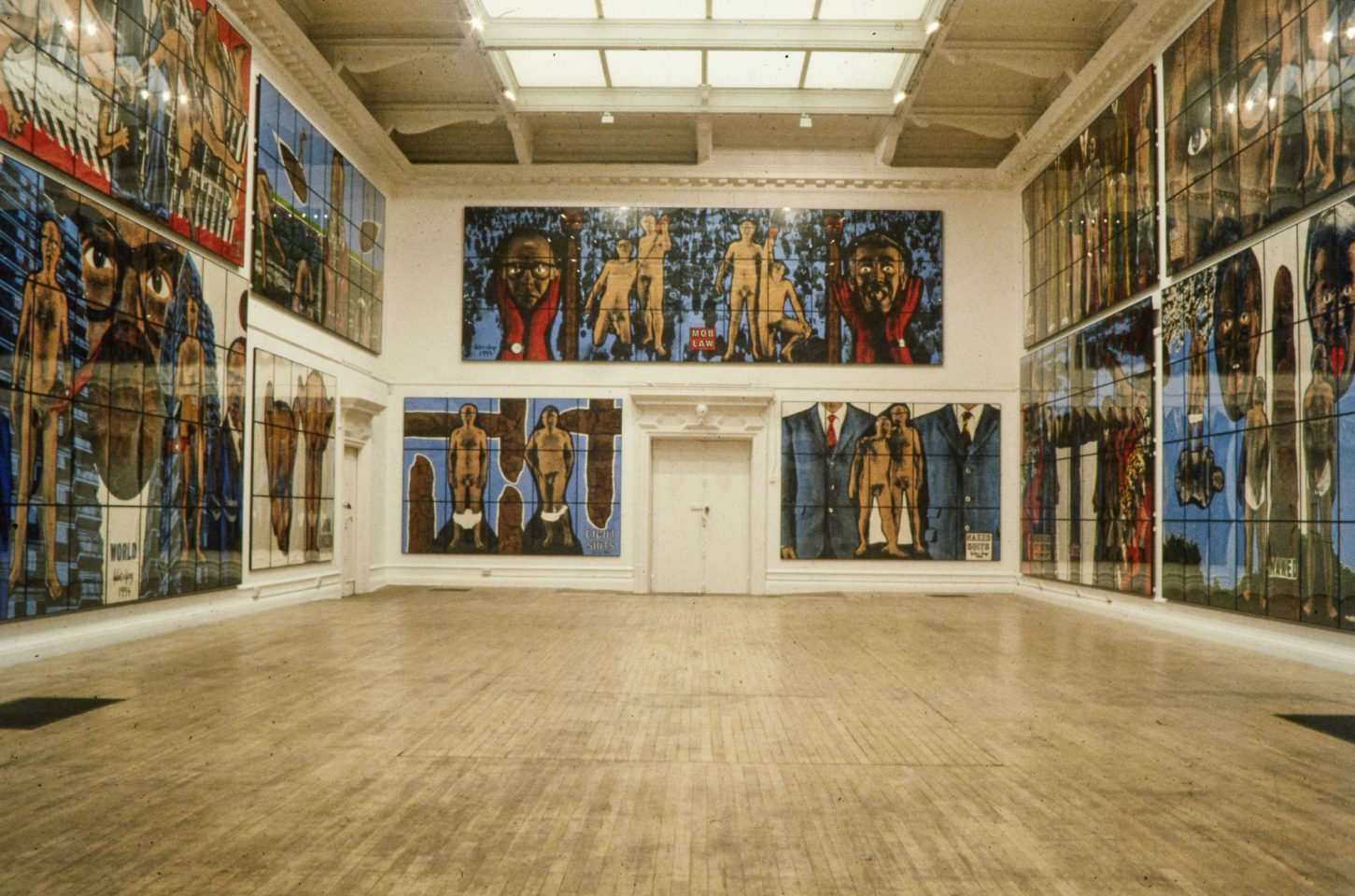