A million blacked out business cards covering the floor set the scene for this exhibition which explores ideas of exchange, and the role of rules and regulations in determining codes of behaviour. Every Wednesday at 1pm and 5pm, a performance will occur in the main space where participants are taught to recite a short story of 500 words which is transmitted by word of mouth by an instructor.

Second-hand copies of novels are included in the gift shop and made available for sale, while sixty-six paintings in the gallery weave together a list of novels, abstractions and spam e-mails.

In the first-floor galleries Writing, Rooms, an informal residency programme for fiction writers, sees Mira Mattar, and a collaboration between Natasha Soobramanien and Luke Williams, working on their own projects throughout the course of the exhibition. Chong invited the writers to develop texts they were already working on, creating a continuum undisrupted by the hosting institution. At the end of the residency, they have been asked to publish an excerpt of their writings and hold a public conversation to discuss their experiences.

Heman Chong is an artist and writer whose work is located at the intersection between image, performance, situations and writing. His work continuously interrogates the many functions of the production of narratives in our everyday lives.

Heman Chong (b. 1977) is an artist and writer whose work is located at the intersection between image, performance, situations and writing. His work continuously interrogates the many functions of the production of narratives in our everyday lives.

In 2014, he co-founded Stationary with Christina Li. A collection of stories published by Spring Workshop, defined as a recess from their own practices, Stationary invites artists, curators and writers to take stock, chart and elaborate on their obsessions, fascinations and influences within a suspended temporal moment. Copies of Stationary are distributed free of charge via stationarystories.com.

In 2015, he has participated in numerous group exhibitions, including expo zero, Tate Modern, Take me (I’m yours), Monnaie de Paris, The Great Ephemeral, New Museum, Time of Others, The National Museum of Art in Osaka, When we share more than ever, Museum für Kunst und Gewerbe Hamburg, Moves & Countermoves: On Sweat, Paper, and Porcelain, CCS Bard/Hessel Museum, Medium at Large, Singapore Art Museum.

Mira Mattar writes experimental fiction and prose poetry. She is a contributing editor at Mute and co-runs a small/DIY press. She recently edited the first critical anthology on Chris Kraus, You Must Make Your Death Public: A collection of texts and media on the work of Chris Kraus, and co-edited Anguish Language: Writing and Crisis, an anthology of essays, poetry and experimental works exploring self-publishing, poetry and political speech arising in the wake of the 2008 financial/social crisis. She lives in south east London.

Natasha Soobramanien and Luke Williams are the authors of the first novels Genie and Paul (Myriad Editions, 2012) and The Echo Chamber (Hamish Hamilton/Penguin Viking, 2011). Their collaborative project, Diego Garcia, is a novel-in-instalments. Chapter 1, ‘Debt’, first appeared in Issue no. 12 of The White Review and is now available here. Chapter 2, â€˜Individualismâ€™ will appear in the Winter issue of BOMB magazine. During their writing residency, they will work on Chapter 3. They are both part of the collective of artists and writers who organised Plastic Words, an event series at Raven Row, held in January 2015 which sought to mine the contested space between art and literature. Natasha and Luke live in Brussels and London respectively.

Free exhibition
View related events
With thanks to Wilkinson Gallery. 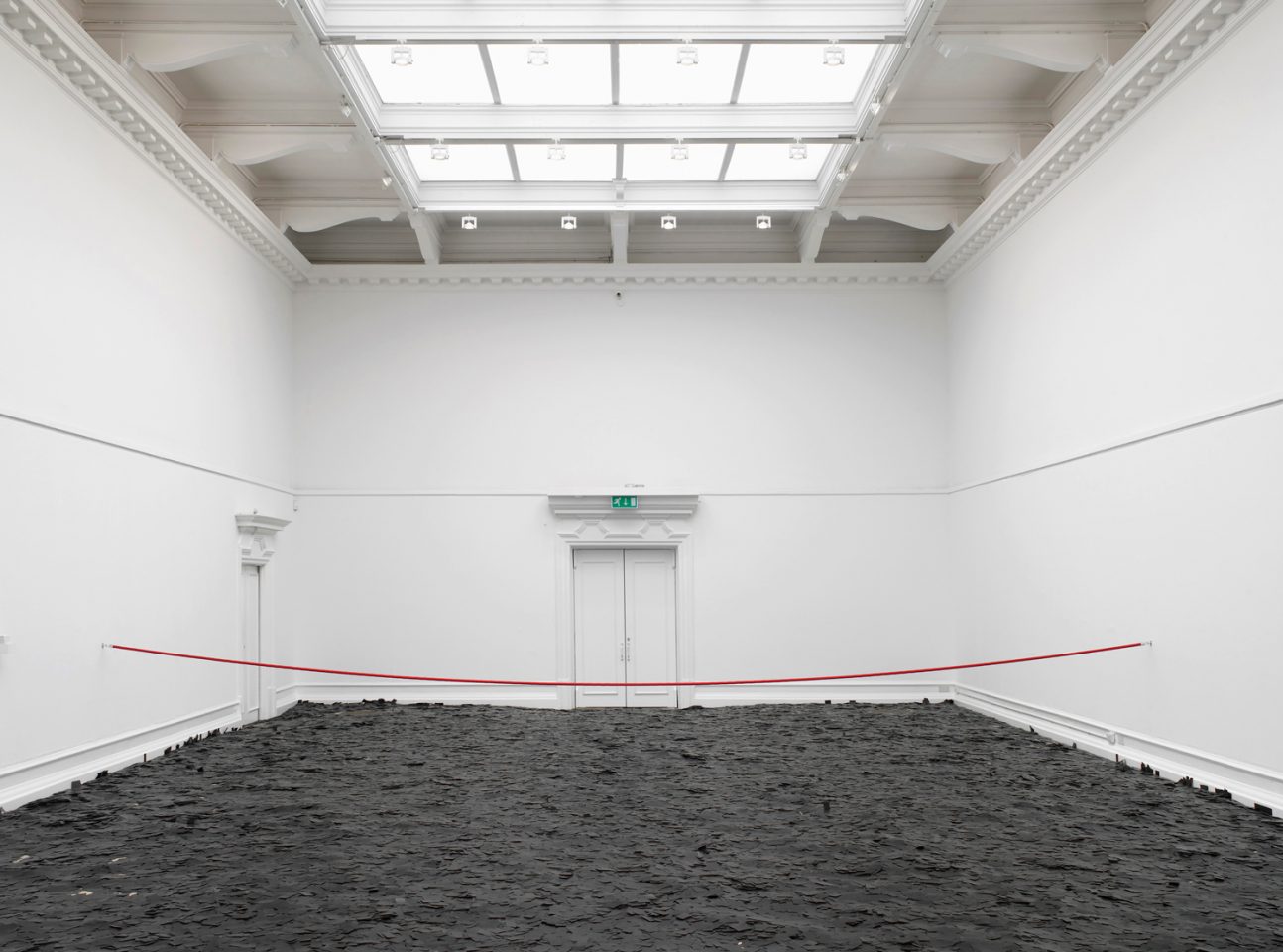 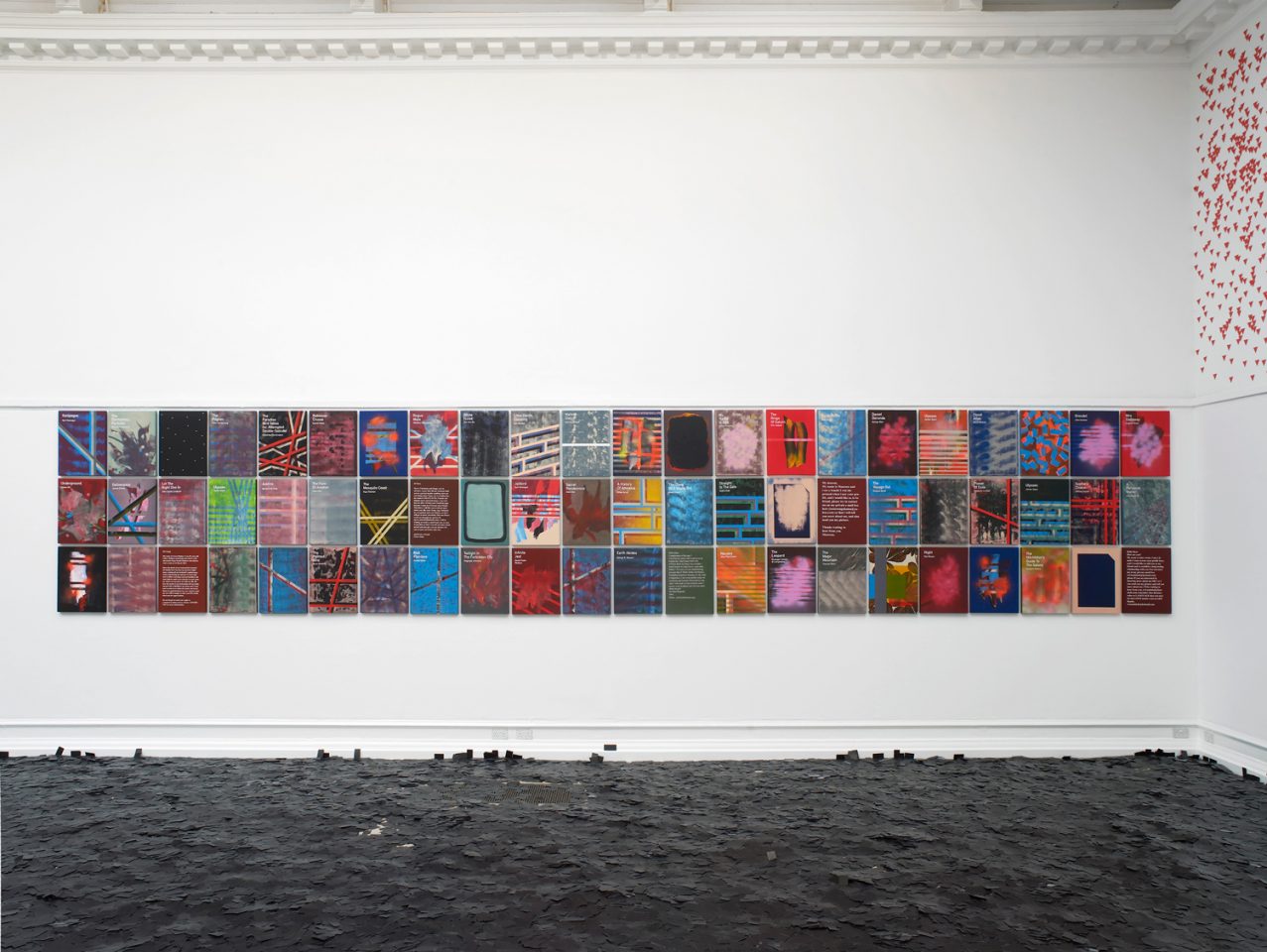 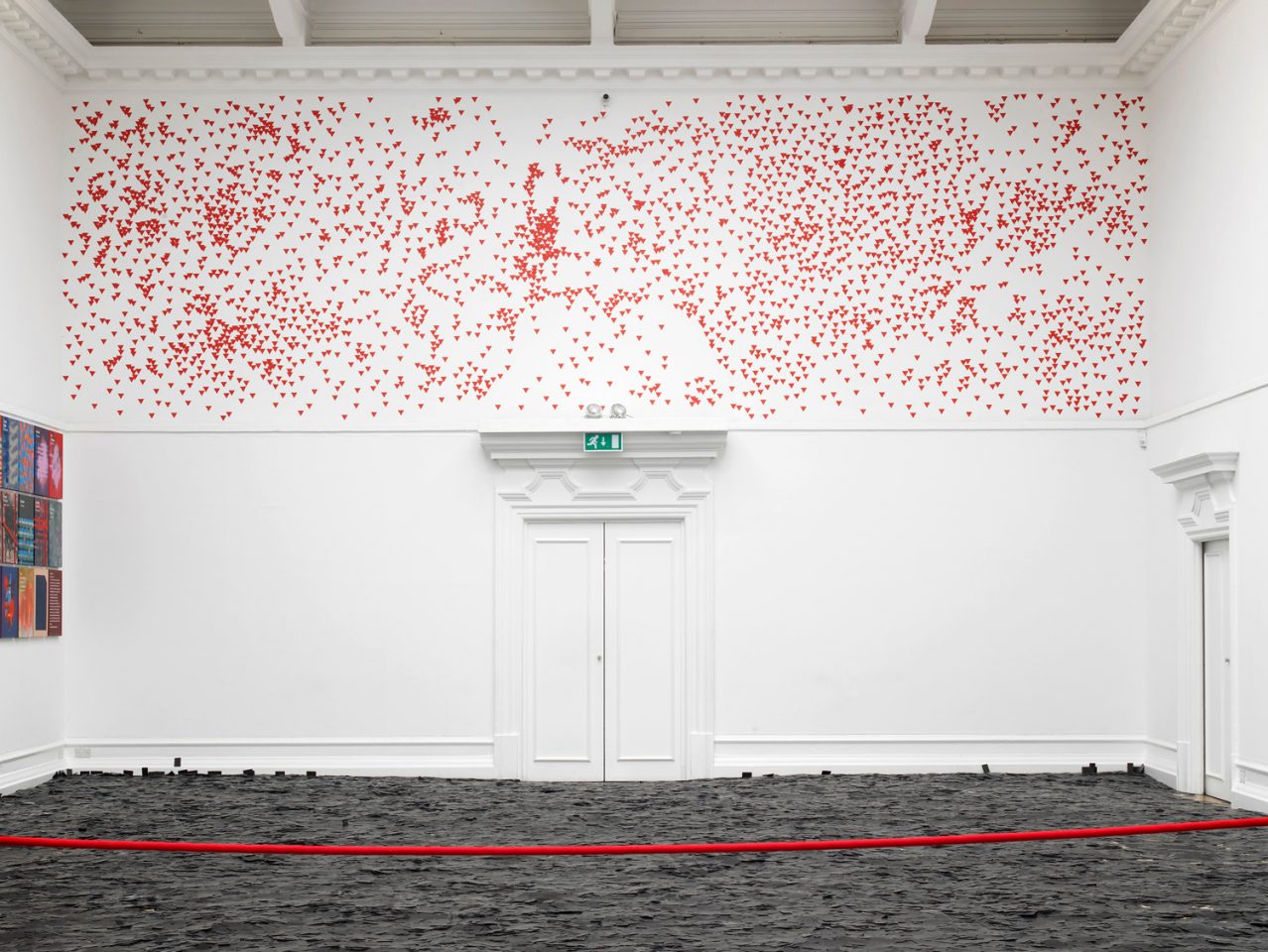 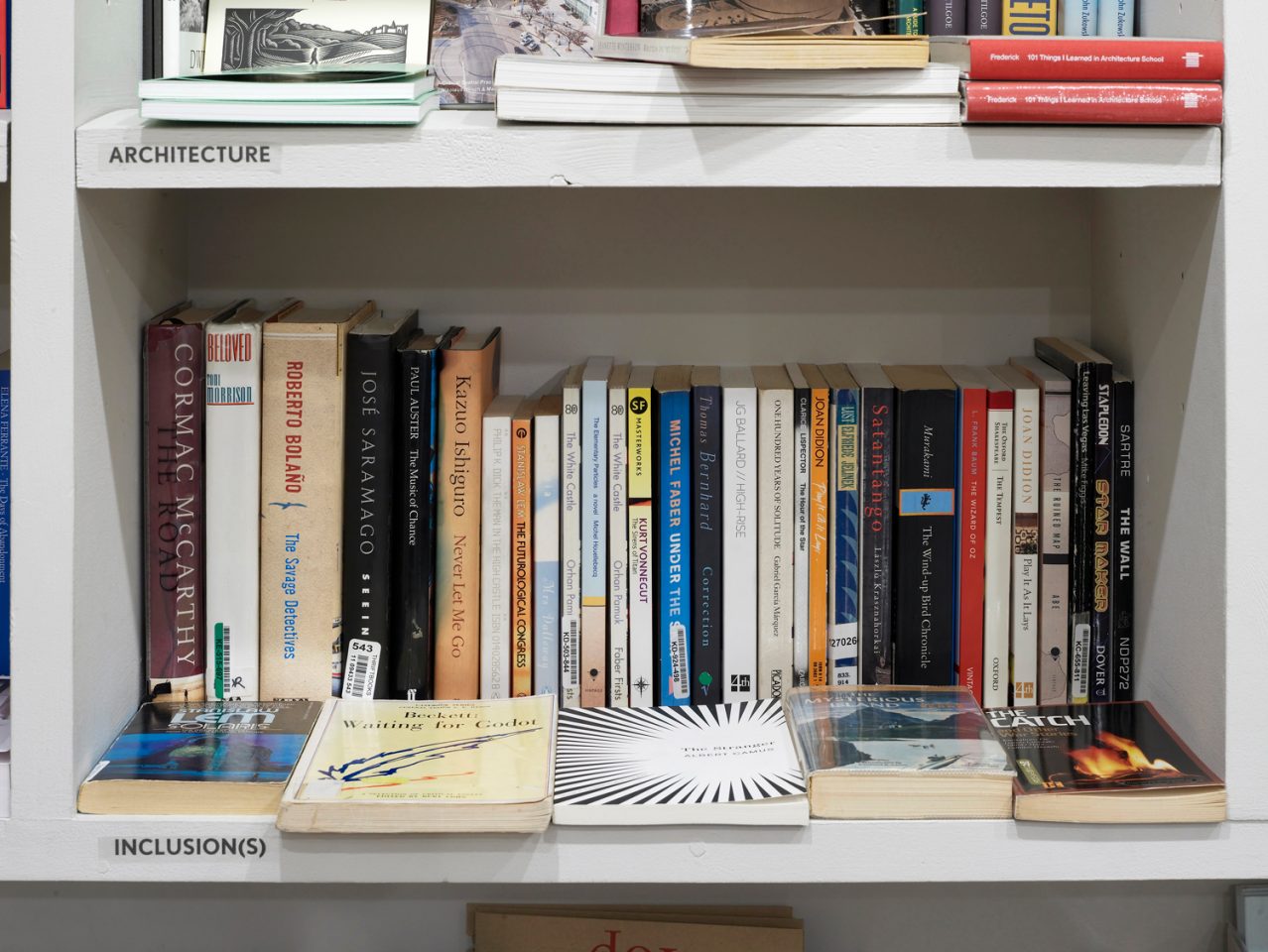 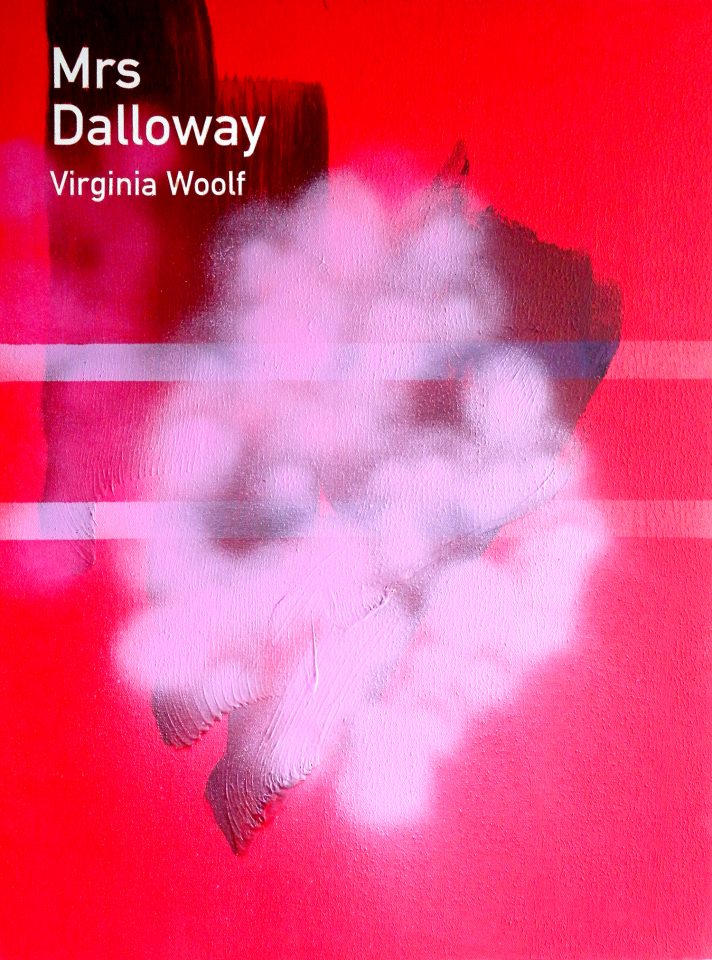 With thanks to Wilkinson Gallery.

27 Feb 2016 Past event
COOKIES We use cookies to enhance your experience on this site. Find more info here.

Installation view of Heman Chong’s, An Arm, A Leg and Other Stories, 2015 in the Main Galleries. Courtesy the
artist and Wilkinson Gallery. Photo: Andy Keate