Free exhibition Main & First Floor Galleries
View related events
Not only is it an effective takeover of the environment, it torpedoes, one by one, the assumed limits of painting.
Skye Sherwin, The Guardian

For her first institutional solo exhibition in London, Katharina Grosse presents a new work, This Drove my Mother up the Wall, painted in situ at the South London Gallery (SLG).

Grosse’s large scale and site-specific works engulf both interior and exterior spaces, unhindered by the traditional boundaries of the pictorial field.

In the main exhibition space, Grosse has made the void the dramatic centre of her project, masking the floor with a large foam stencil, then painting over it and the surrounding walls. Once she removes the stencil, a bright, white area of floor is revealed, untouched by the veils of colour and broad, propulsive marks spreading to all sides. This filtering technique is also evident in Grosse’s recent canvas works, where stencils are placed over areas of the canvas at various stages of the painting process, resulting in chromatic layers that record her thoughts and actions.

Screening in the first-floor galleries are two documentary films Grosse has selected, intended to frame her creative practice and research interests. In the short documentary from the series Women Artists (2016) written and directed by Claudia Müller, Grosse curates a fantasy exhibition by ten other female artists and discusses her selection of artists and artworks, and the relationship between their practices.

The second documentary film is The Gleaners and I (2000), by Belgian director Agnès Varda, a source of inspiration for Grosse’s installation that deals with the marginal, the residual, and the invisible. Filming and narrating the film herself, Varda travelled around France, profiling gleaners, from those who follow the country harvests through to urban scavengers, and an artist who finds objects and transforms them into sculpture, and Varda herself, who ponders the gleaning nature of digital filmmaking.

DURATION OF THE VIDEO WORKS

The Gleaners and I
A film by Agnès Varda
1 hour 18 mins
Screenings daily at 12.30pm and 4pm
Additional screening every Wednesday and the last Friday of the month at 7pm 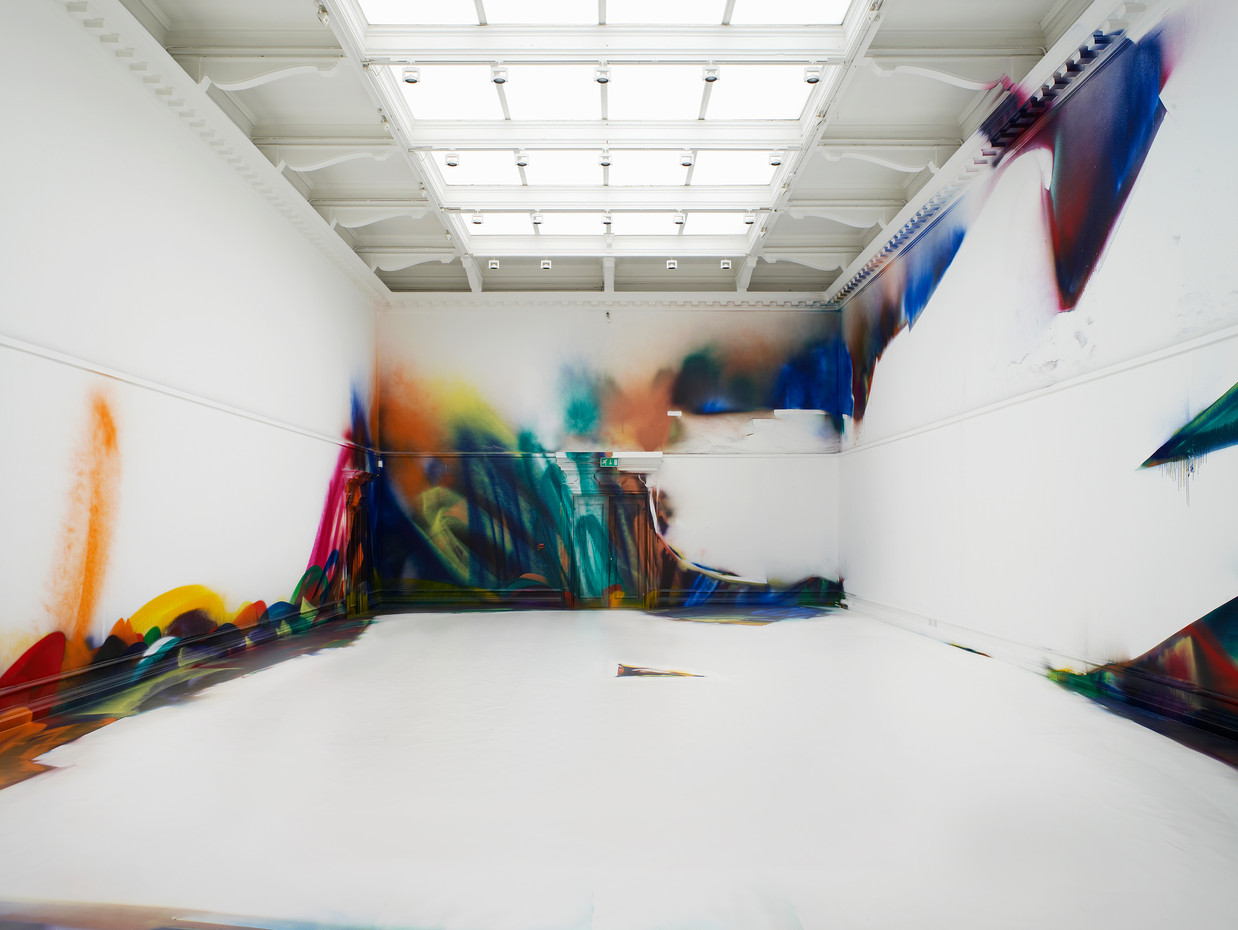 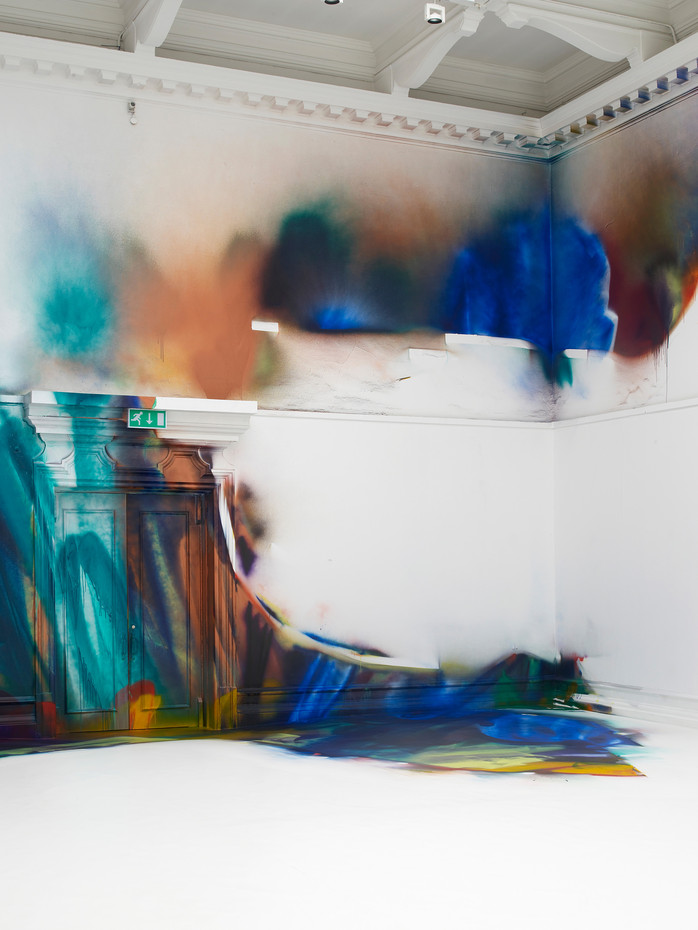 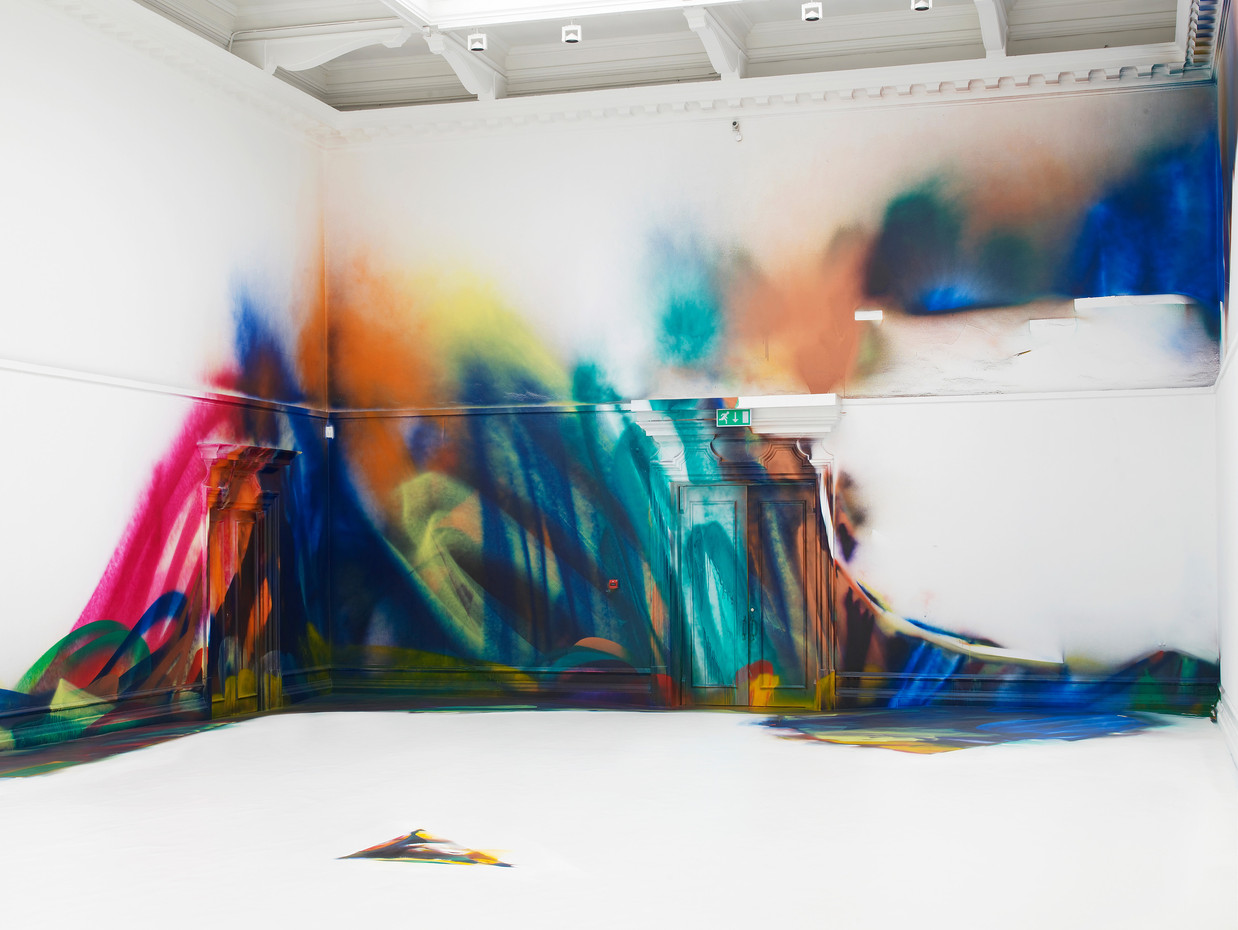 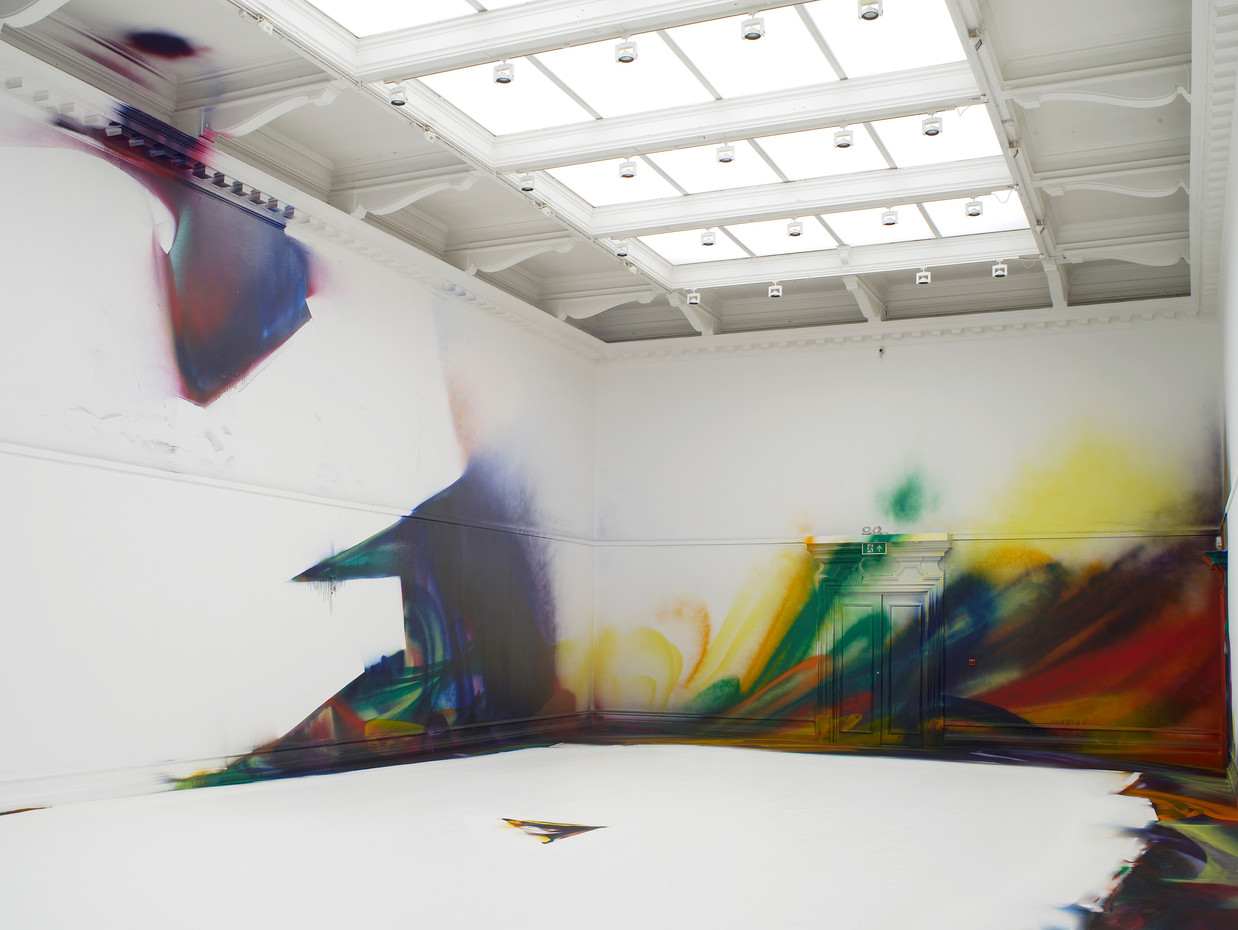 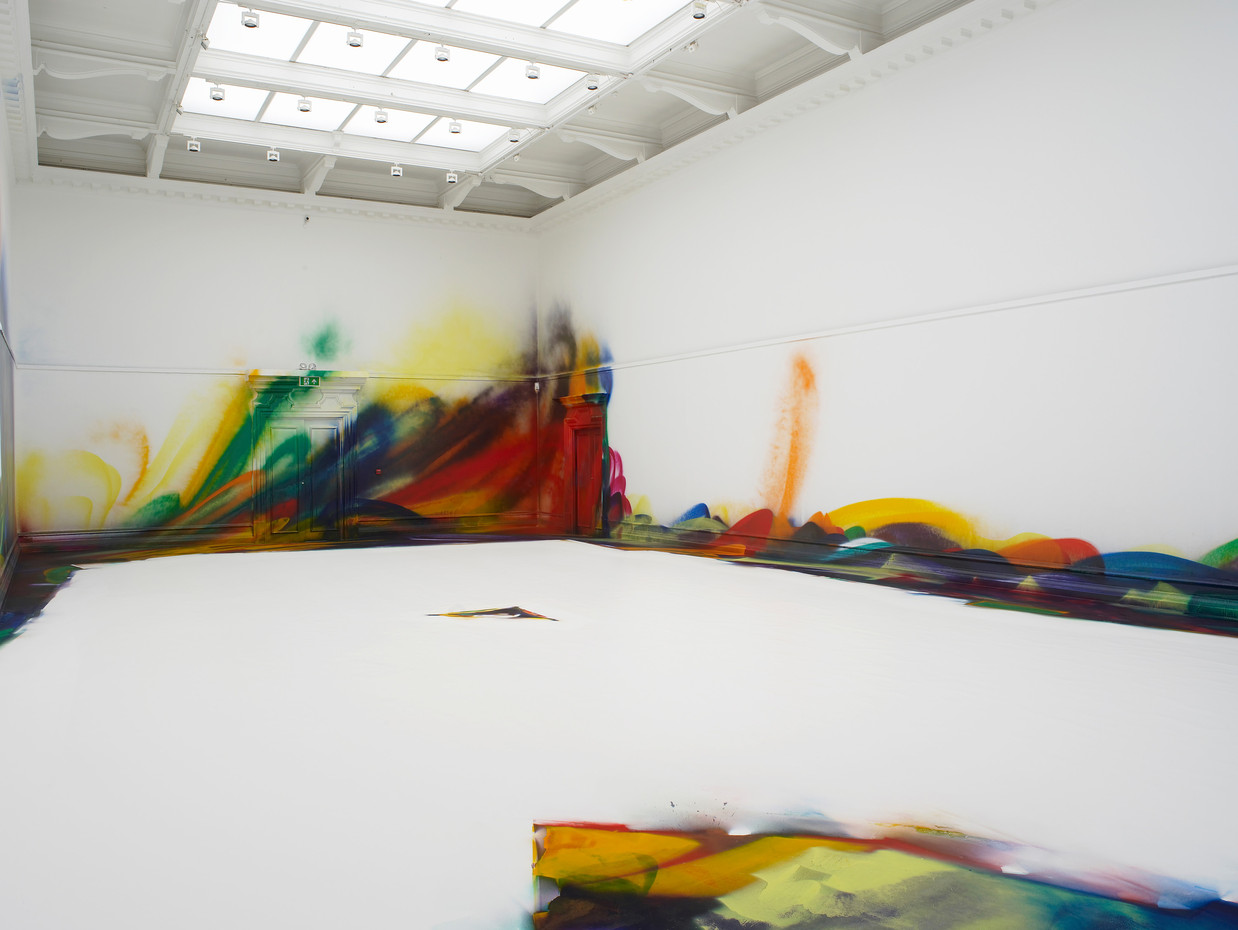 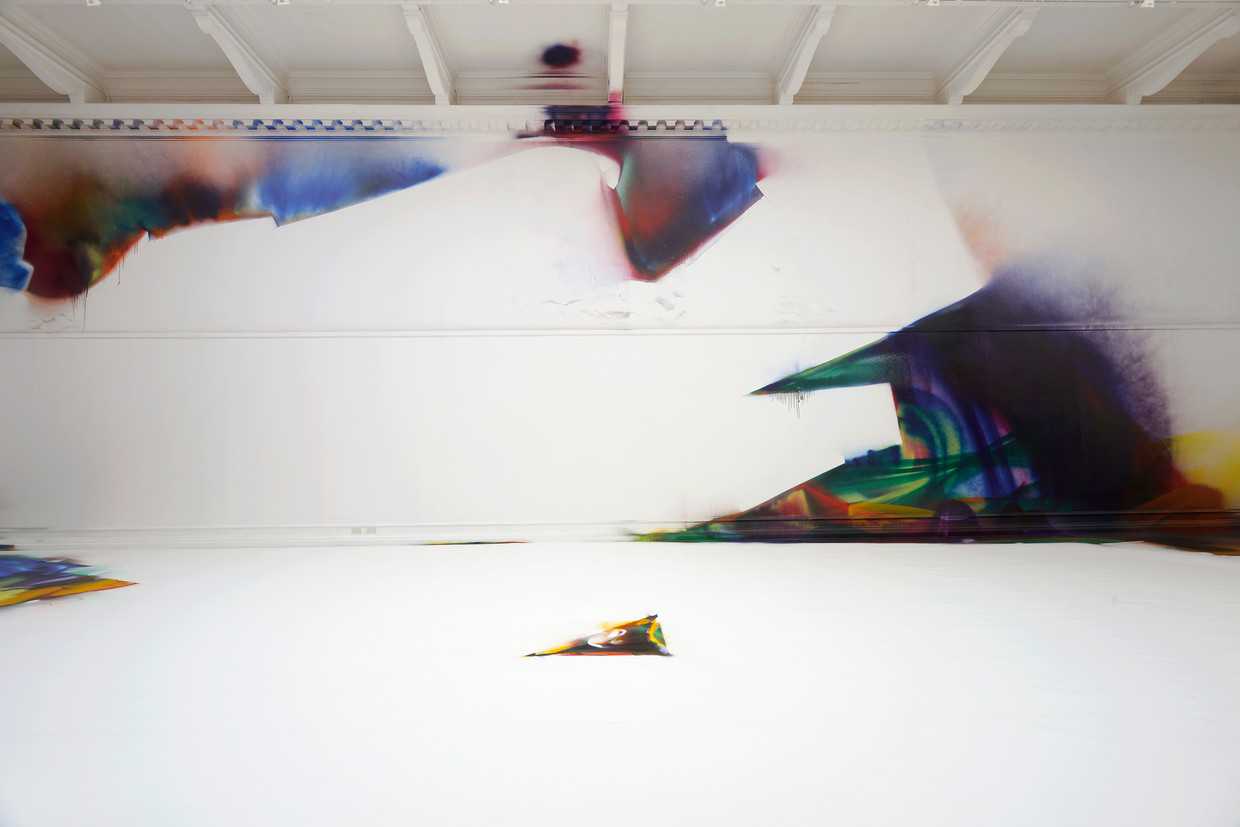 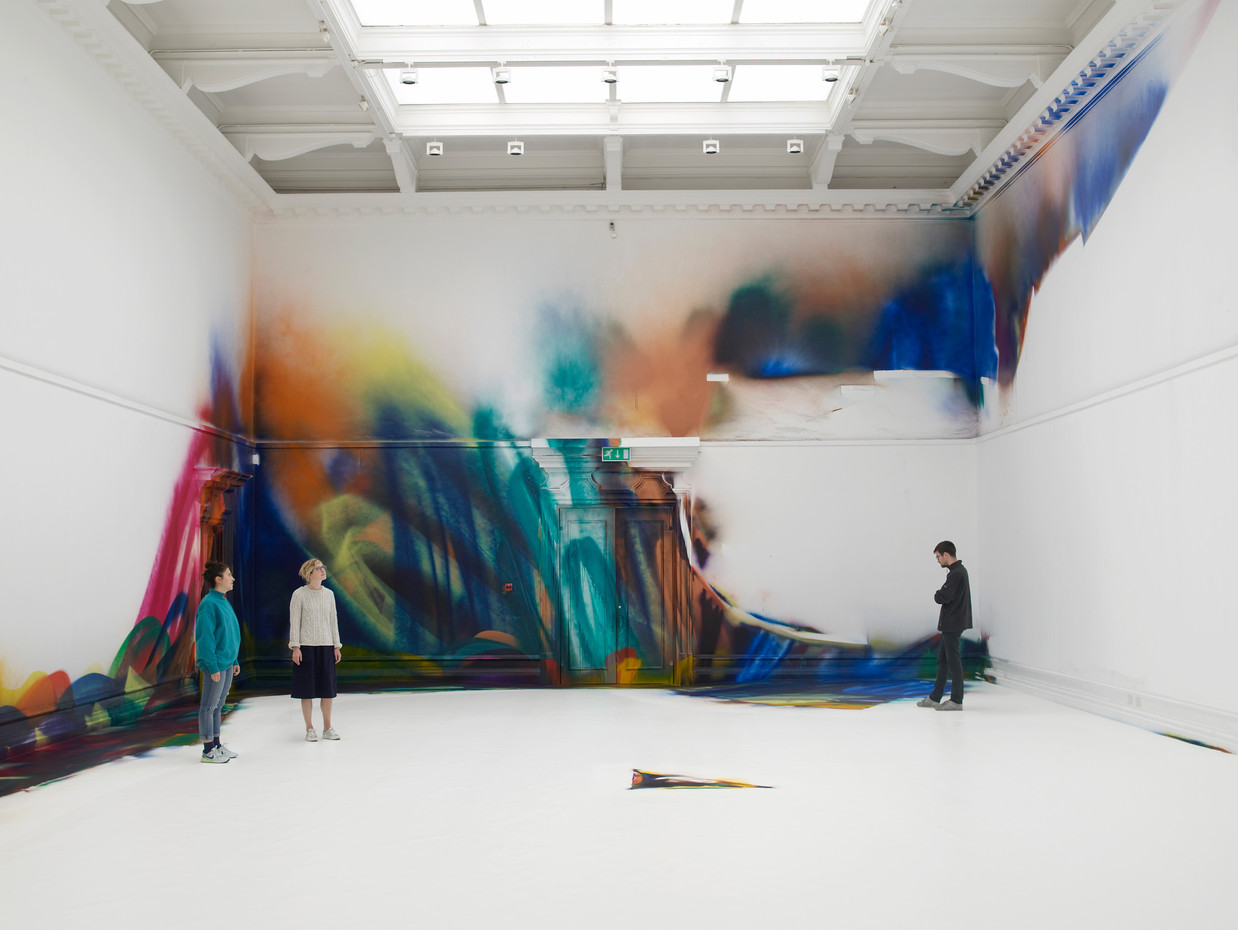 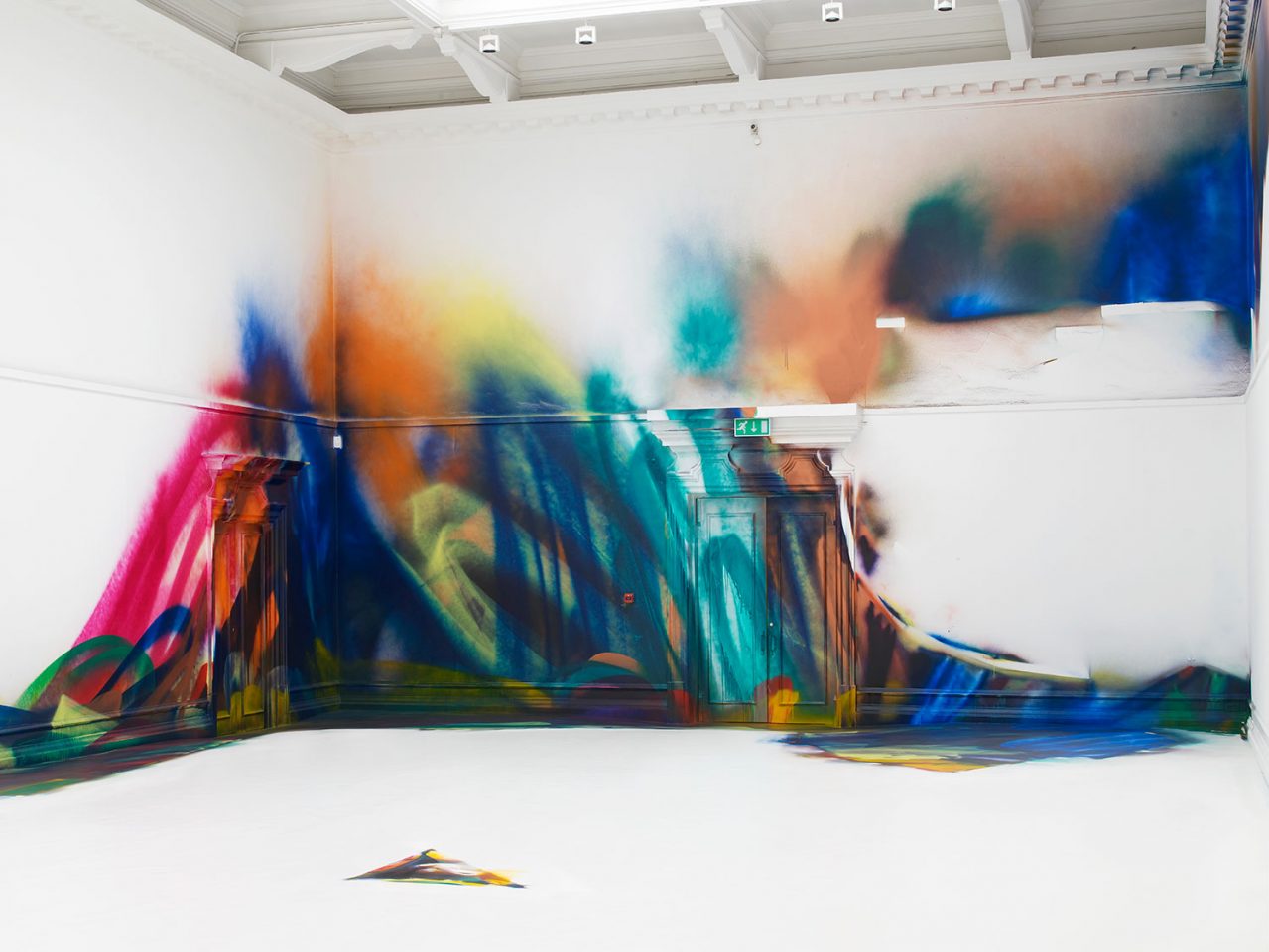 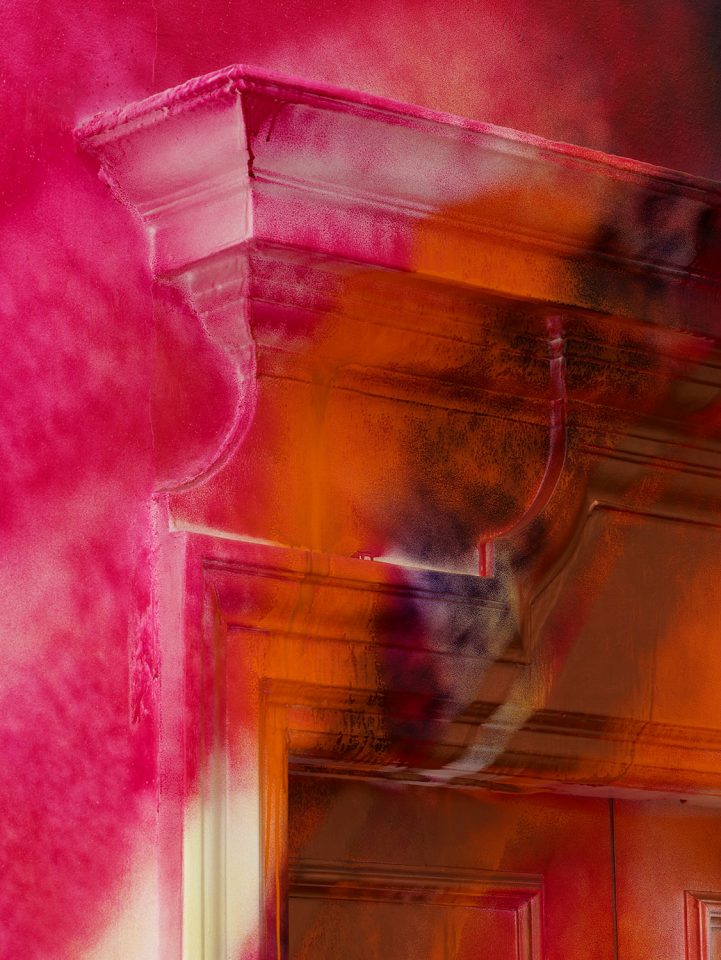 With thanks to The Henry Moore Foundation and Gagosian. 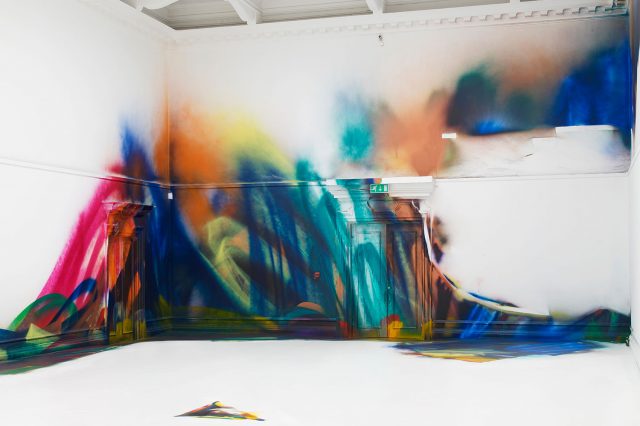 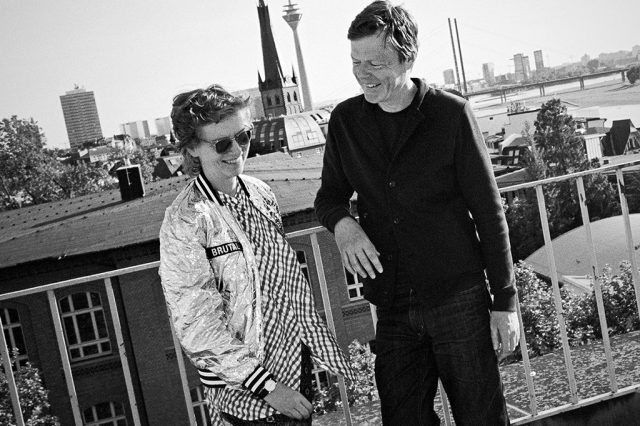 1 Oct 2017 Past event
COOKIES We use cookies to enhance your experience on this site. Find more info here.

Katharina Grosse, This Drove my Mother up the Wall, acrylic on wall and floor, South London Gallery, 2017. Photo: Andy Keate