Having exhibited at the South London Gallery (SLG) in the group shows Independence in 2003 and Nothing is Forever in 2010, acclaimed American artist and reluctant pioneer of conceptual art Lawrence Weiner returns to the gallery with a solo exhibition. ALL IN DUE COURSE presents a series of recent sculptures that can be seen across the main and First Floor Galleries and continue outdoors, running along the expansive Victorian brick wall of the SLG’s Fox Garden.

Visitors to the exhibition can venture further; beyond the gallery to an off-site work on the facade of the semi-derelict former Peckham Road Fire Station, located diagonally opposite the SLG. Continuing his practice over many years of challenging any hierarchy based on the material form in which his art exists, Weiner has devised a temporary tattoo and limited run poster as part of the exhibition, which are both available in the gallery bookshop.

Though recognised as one of the central figures pioneering conceptual art in the 1960s, he identifies himself not as a conceptualist but as a sculptor whose medium is ‘language + the materials referred to’. Since the 1970s Weiner has been best known for his striking wall ‘sculptures’. Mainly using paint or vinyl, Weiner’s works carve walls with thought, presenting provocative texts that are open to interpretation by the viewer.

Born in 1942 in the Bronx, New York, Weiner lives and works in New York and Amsterdam. Internationally regarded, Weiner has an expansive following that reaches across several generations. Weiner has presented a number of projects and exhibitions across the UK since the early 1970s: at ICA, London; Pier Arts Centre, Orkney; The Fruitmarket Gallery, Edinburgh; The Henry Moore Sculpture Trust, Halifax; Art Transpennine, Hull; Inverleith House in Edinburgh; several engagements with Bury Art Gallery, including their Text Festivals; a solo show at the National Maritime Museum, London; and occasional shows in commercial galleries, the most recent at Lisson Gallery in 2013. Weiner’s work is also represented in the Tate collection, including as part of ARTIST ROOMS. Vitrines in the SLG’s entrance corridor contain documentation from some of these events from Weiner’s past, including his association with Factory Records in the 1980s. 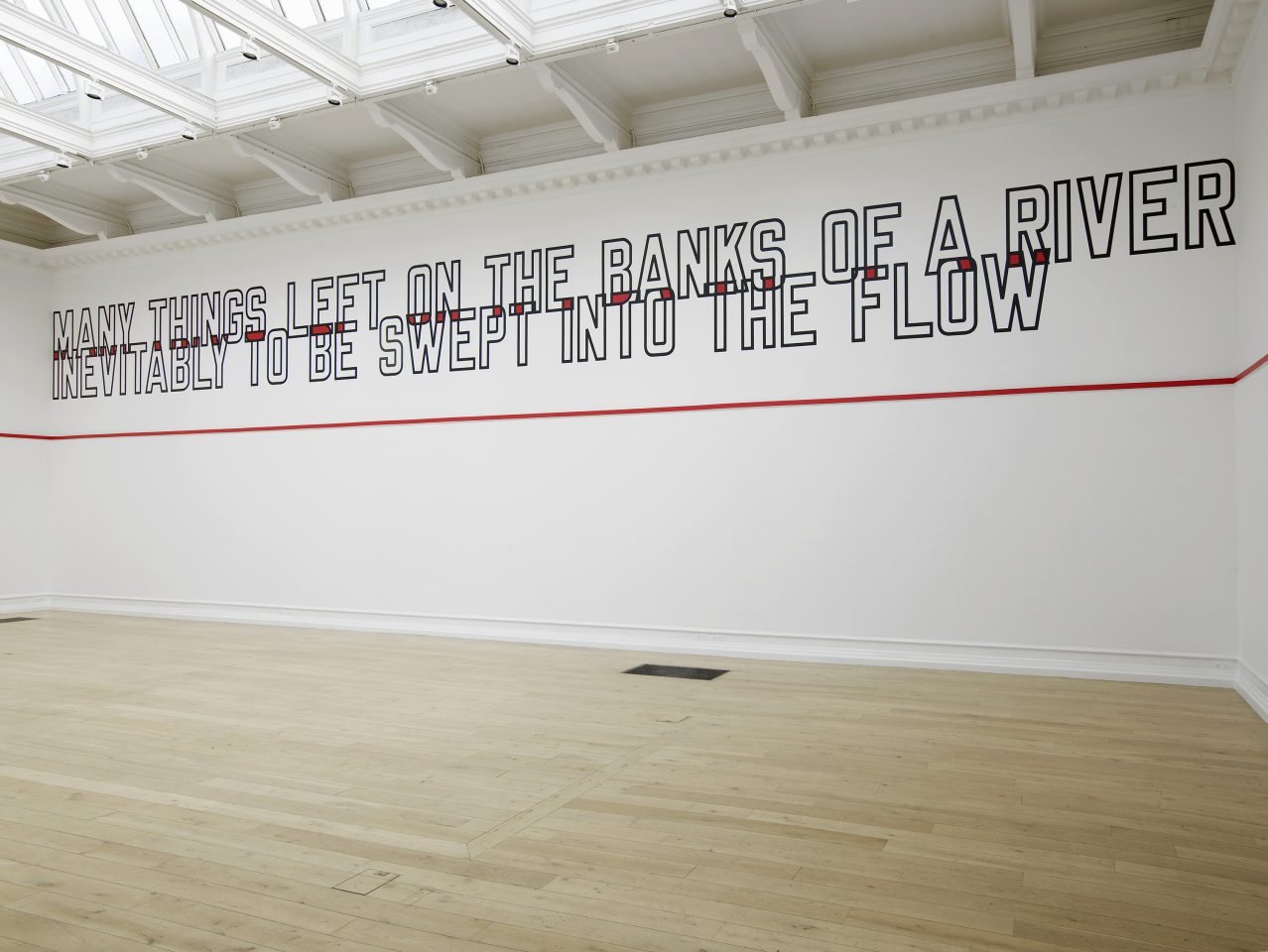 The exhibition is supported by The Henry Moore Foundation, Vicky Hughes and John Smith, Lisson Gallery and Marian Goodman Gallery.

My Vocabulary Did This To Me

My Vocabulary Did This To Me

22 Nov 2014 Past event
COOKIES We use cookies to enhance your experience on this site. Find more info here.