Throughout August the South London Gallery (SLG) will become a ‘laboratory’ for the production and appreciation of art through debates, artist-led discussions and workshops that respond to Perfectly Placed, an exhibition of specially commissioned work inspired by South London.

Victorian forgery, academic parody and satire at the local leisure centre are among the themes explored by the five artists included in Perfectly Placed. Visitors are invited to participate in, or simply enjoy viewing, the practical and discussion based activities that will be hosted within the exhibition space.

Artist Goshka Macuga places the SLG itself at the centre of the five commissions by incorporating the original gallery floor into her commission. Concealed beneath a second layer of flooring for over 100 years the original hand crafted marquetry floor was designed by the illustrator and social reformer Walter Crane to be both functional and inspirational, the floor bears the legend ‘The Source of Art is in the Life of a People’.

Macuga has never seen the floor but, in a work that reflects her own romantic imaginings of it, has made a table that incorporates the central section of Crane’s original floor and employed a craftsman to make a counterfeit of the chosen section. The table is intended as an open invitation to the other artists in the commission to use it as a platform to display their work, some of whom have welcomed Macuga’s gesture while others have not.

Cornford and Cross link craft skills with conceptualism by removing a grille from one of the four original Victorian heating vents, sited within the second floor that now covers Crane’s, and replacing it with a replica double made in one of London’s old foundaries. This will remain at the SLG, while the original grille not only travels to galleries and other venues as part of Perfectly Placed’s touring programme but becomes part of the SLG’s permanent collection.

While art in the Victorian era was seen as a life transforming benefit to the poor, 100 years later health improvement was the driving force behind a spate of new leisure centres built as part of inner city regeneration programmes. Janette Parris’s contribution to Perfectly Placed is a dark satire on the microcosm that is ‘the gym’. She creates a comic book of fictious characters, some of whom bear a remarkable resemblance to SLG staff, that the reader follows through the gym’s rigorous induction procedures.

Paula Roush (MSDM) parodies the SLG’s origins as a Working Man’s College by awarding herself a PhD in the subject of Aesthetics of Emergency (Art and Security). Roush brings together a collection of objects that come out of her research into emergency evacuation procedures for museum’s collections. Interweaving simulation exercises, archive research and interviews with the heads of security of national galleries, the work questions the ownership of the SLG’s permanent collection whose value and location is protected for reasons of security.

Adam Chodzko organised the purchase of a square foot of land in Southwark and gave it as a gift to a stranger. In Adam Chodzko’s video work Settlement,Â this tiny patch of turf is filmed while the legal document that deals with its transaction acts as a script for the land’s new owner; one from which they begin to explore the parameters of their new space. Shifting between a portrait and a landscape Settlement becomes a description of both a place and a person and the precarious and elaborate web of issues and rituals that attempts to connect them.

Free exhibition
The commissions and the accompanying debates, discussions and workshops were funded by the Contemporary Art Society Special Collection Scheme with funds from the Arts Council Lottery. 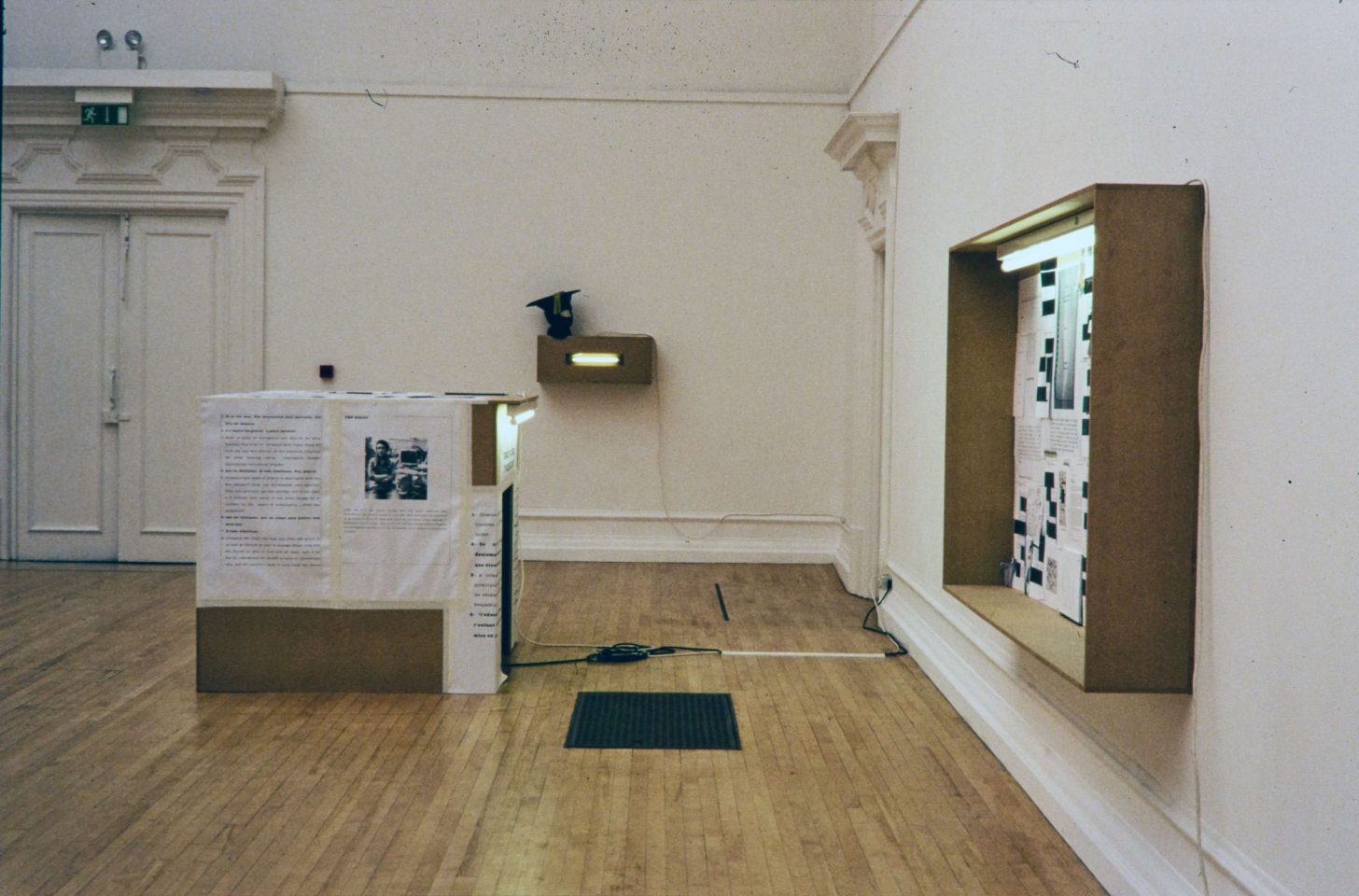 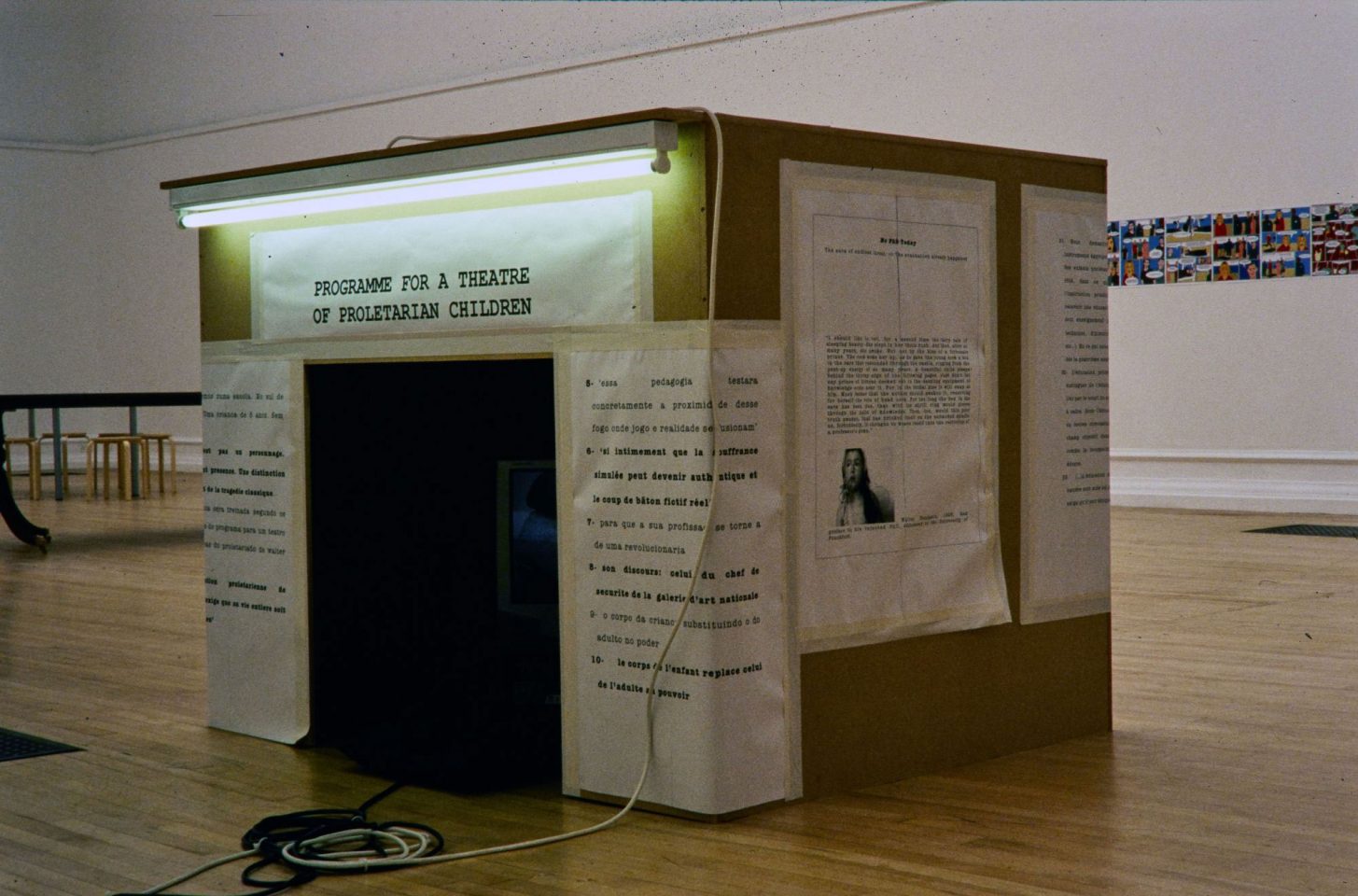 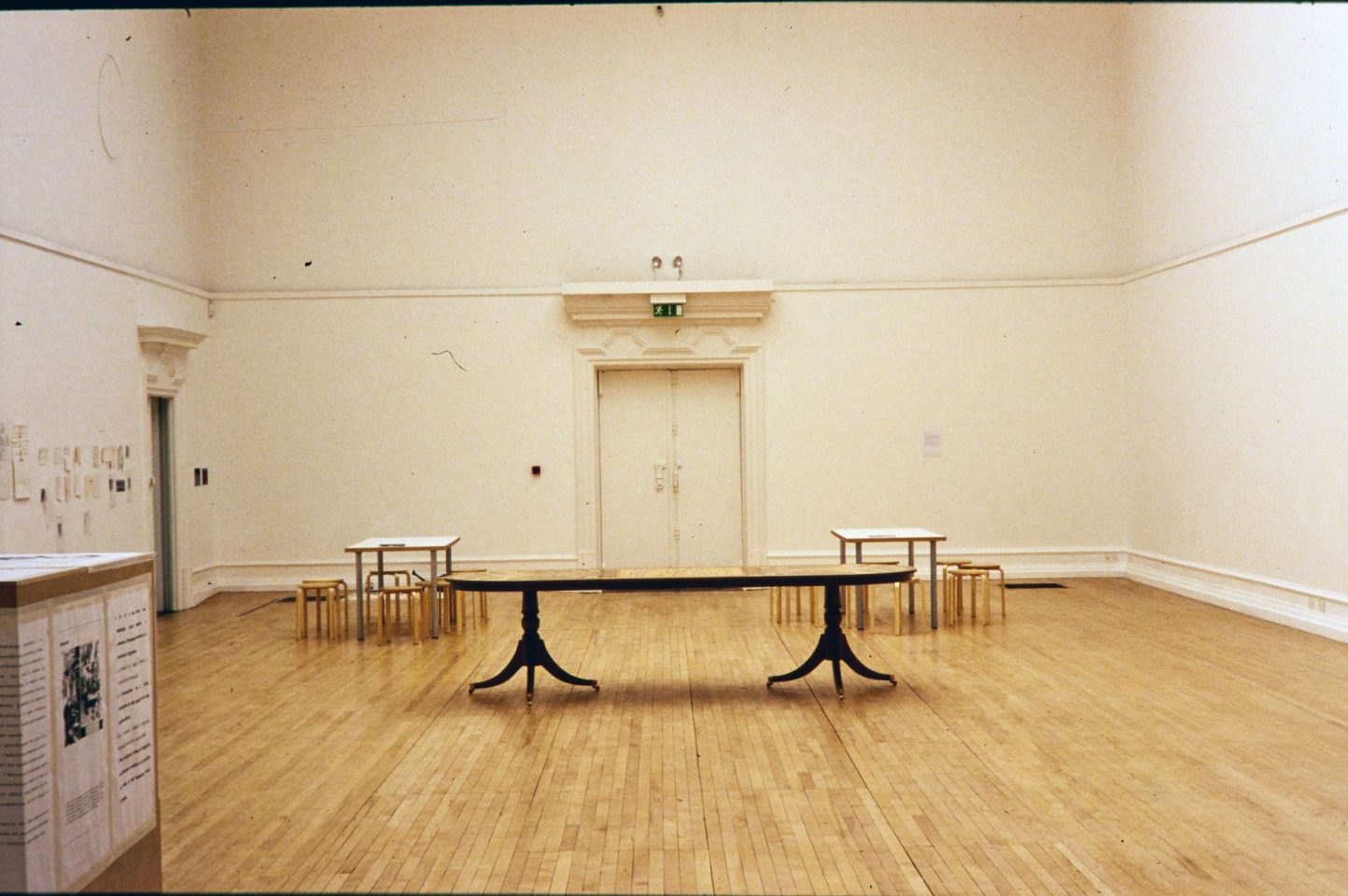 The commissions and the accompanying debates, discussions and workshops were funded by the Contemporary Art Society Special Collection Scheme with funds from the Arts Council Lottery.
COOKIES We use cookies to enhance your experience on this site. Find more info here.