For his first solo show in London for more than a decade, internationally acclaimed artist Roman Ondak presents an exhibition lasting one hundred days that brings together a new body of work exploring ideas around the passage of time and the intertwining of present and past.

Symbolising a period of one hundred years, on each day of the show a pre-sawn disk is separated from the trunk of an oak tree to reveal the delineation in ink of one of its age-defining rings and a key historical event which occurred in that year which has been stamped onto the wood in ink. The artist’s inevitably subjective selection of events to highlight exposes the impossibility of an objective, unbiased history, as well as the impact of the teaching on our understanding and interpretation of the past.

Gradually evolving over the course of the show as the oak tree is incrementally transferred from floor to wall, this central sculpture creates a notional calendar, setting the tone for other works in which the historic collides with the contemporary. High up on the gallery walls, illustrations from pages of Teaching the Language, a 1960s children’s textbook issuing instructions on social codes of behaviour which Ondak found in a second-hand bookshop, are reproduced on a huge scale. They create a backdrop for scores of 12-18-year-old adolescents living locally to the South London Gallery (SLG) to daub them with comments and drawings, given free reign to express whatever they choose to in the public arena of the gallery space.

Another work is comprised of four salvaged blackboards from Ondak’s native Slovakia, injecting a hint of autobiographical content into the show, but primarily embodying the passing down of knowledge from one generation to the next. Inserted into each of the boards is the bowl of a ladle, positioned in sequence to symbolise four phases of the moon in a further reference to the passage of time.

The exhibition title, The Source of Art is in the Life of a People, is taken from the inscription on the SLG’s original nineteenth-century marquetry floor designed by Walter Crane. Usually hidden from public view, Ondak has uncovered the floor to reveal it to the public for the first time in many years, harnessing the coincidence of past and present which characterises all the works within it.

Roman Ondak lives and works in Bratislava and is a leading conceptual artist whose work explores patterns of behaviour and alternative social and political possibilities, often born of observations of post-communist society in his native Slovakia

Roman Ondak (b. 1966 Slovakia) plays with ideas of relocation, representation, and the duplication of experience, shifting and sharpening the viewer’s attention to everyday life. Growing up under the communist regime of former Czechoslovakia, the artist became attentive to systems of inclusion and exclusion that ordered this particular society. Ondak explores the potential for different orders, new patterns of behaviour, and ultimately, alternative social and political possibilities. His work is often quite subtle, infiltrating the spectator’s surroundings in imaginative and quiet ways, suggesting a renegotiation with reality. Adopting an almost anthropological approach, he recombines aspects of the quotidian with his incisive artistic wit, opening up space to challenge the rules of the everyday through his poetic alterations. Ondak’s work is not only curious about the rituals and assumptions that govern our lives; he is playfully interrogative of the art system as well as society at large, urging us to greater awareness. 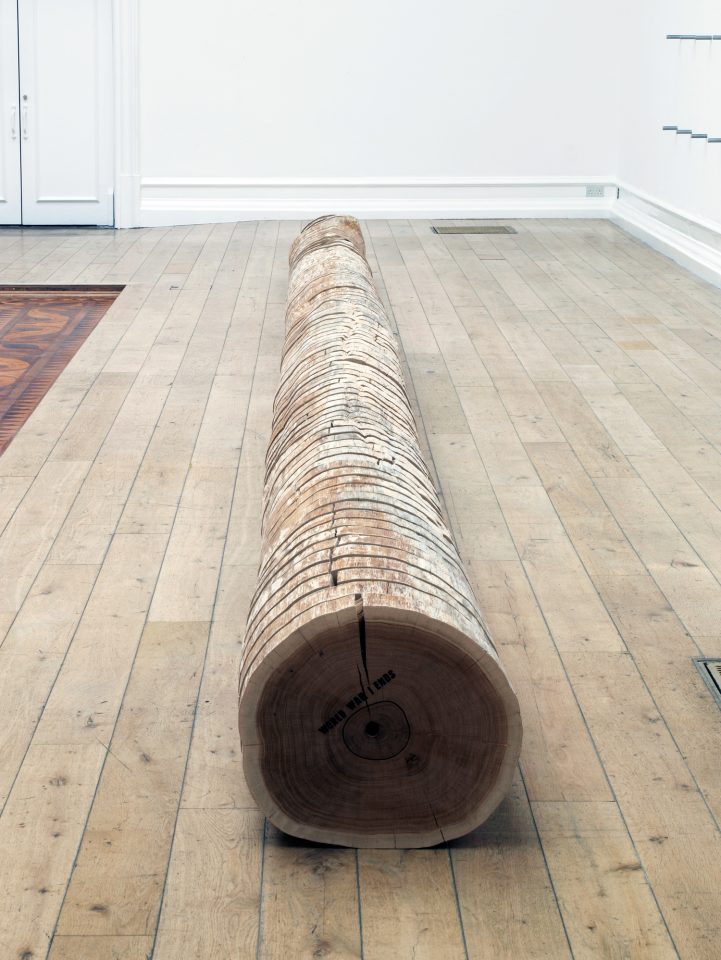 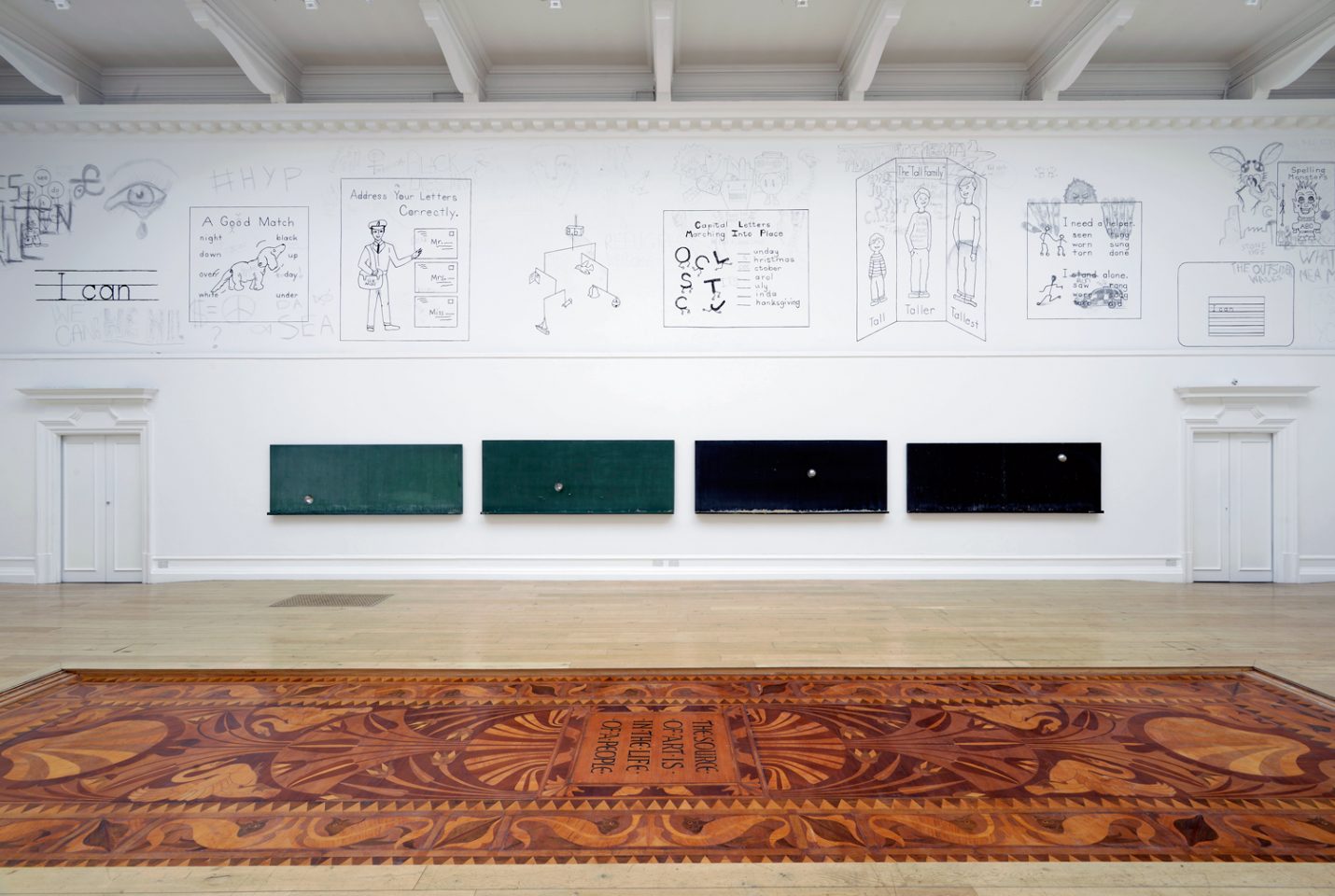 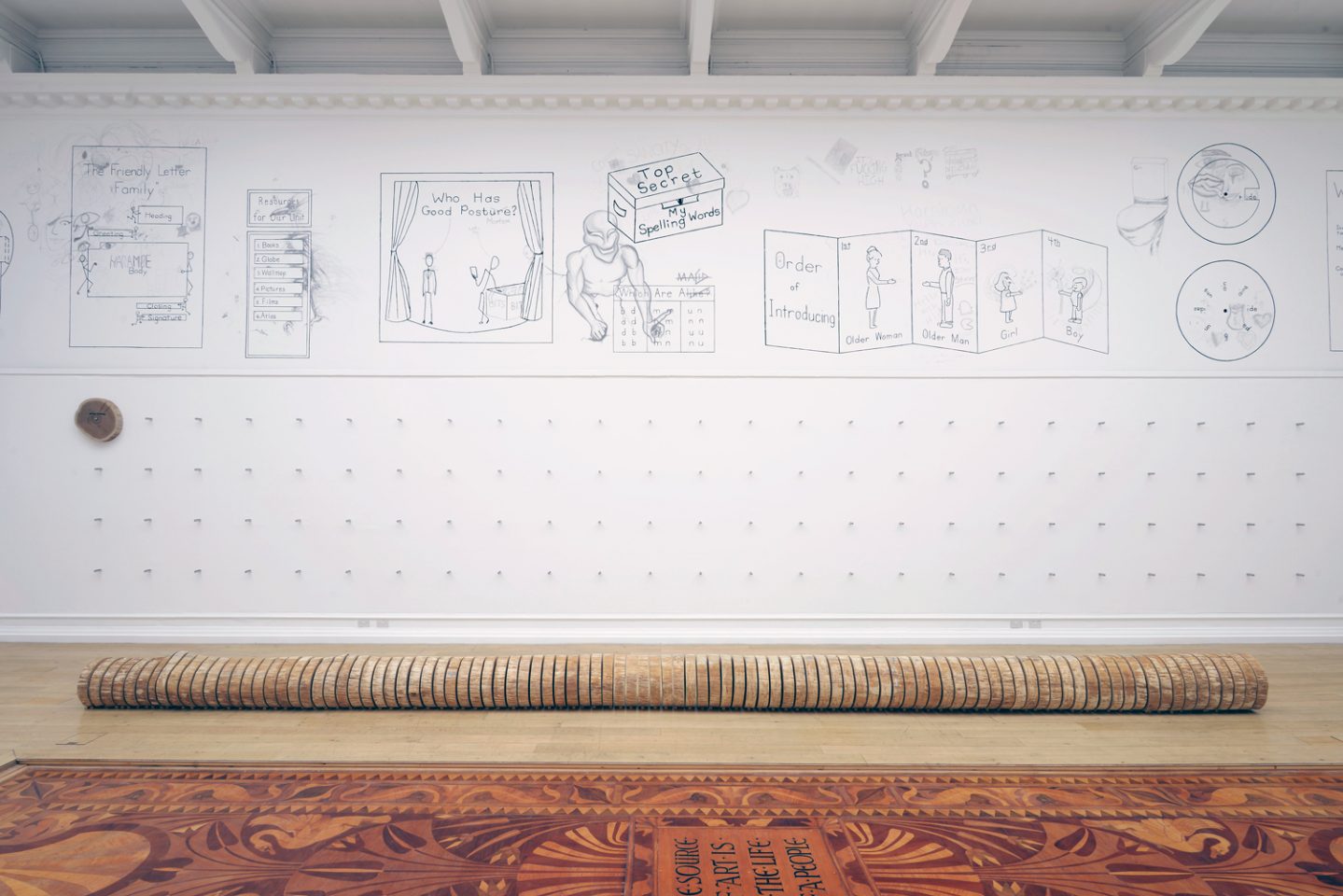 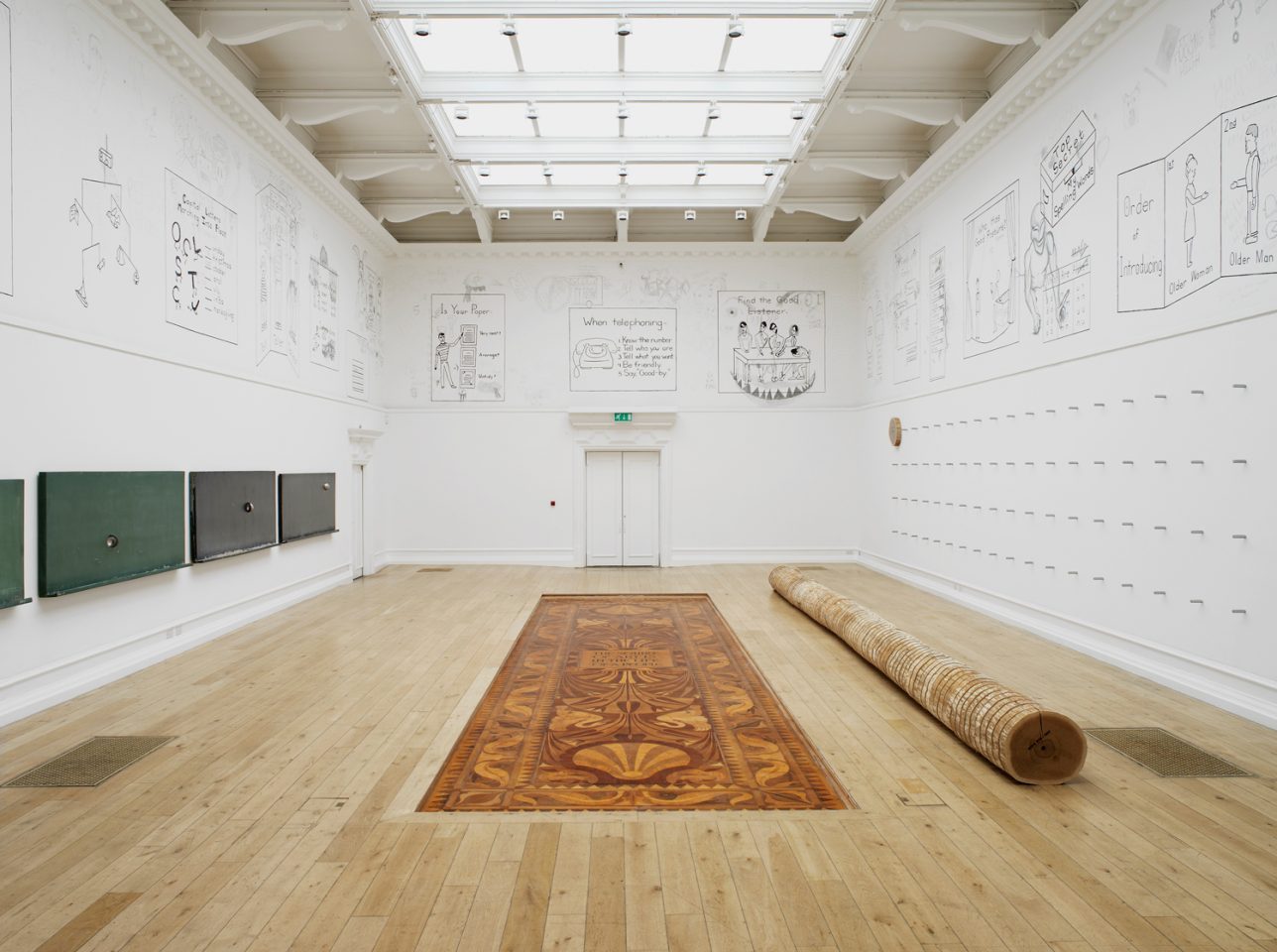 Installation view from Roman Ondak’s The Source of Art is in the Life of a People, in the Main Galleries. Courtesy the artist, kurimanzutto, Esther Schipper, gb agency, Martin Janda. Photo: Andy Keate.