This solo exhibition by acclaimed artist Ryan Gander comprises a new body of work made during a ‘year off’ from exhibiting and includes a number of works made exclusively for the South London Gallery (SLG) space. Organised in partnership with Ikon Gallery, Birmingham, the exhibition consists of entirely new installations, interventions, films and by-products which derive meaning from their location and context. The exhibition is a diverse and playful investigation into facets of the making, presentation, history and documentation of art and design.

Gander harnesses art’s potential to communicate and creates work in various written, spoken and visual languages. His practice adopts both familiar styles, such as cartoons and maps, as well as more avant-garde aesthetics. By appropriating existing art and design work to generate new pieces, Gander creates fictional histories, traced from real historical moments and turning points in visual culture. As such the exhibition thematically investigates notions of copyright, intellectual property and the issues surrounding ideas of documentation and collaboration, originality and meaning.

A local street map, available for visitors to take away, has been altered to include streets that existed before 1914, bringing the structure of civic space into question. Another work, Substance,Â 2008, is made in response to the utopian ‘new alphabet’ typeface designed by Wim Crouwel in 1967. The new alphabet was radical in its use of only vertical and horizontal strokes making certain letters unrecognisable. Gander has created a new typeface – The New New Alphabet – which is a series of additional marks rendering Crouwel’s alphabet legible again. The two typefaces work in symbiosis so that Gander’s typeface, printed bold with the original typeface in shadow, proves to be as illegible as the original.

‘A Sheet of Paper on Which I Was About to Draw, as it Slipped From My Table and Fell to the Floor’ (2008) is an installation of one hundred 15cm crystal balls, each laser-etched inside with a suspended image of a sheet of paper. Elsewhere in the gallery a related sequence of photographic studies show paper falling in the studio environment akin to Muybridge’s investigations into movement. Ripe with potential, the work alludes to the ‘what if’ of the creative process, the fugitive nature of thought and inspiration.

Humour underpins much of Gander’s work, rescuing it from mere ‘institutional critique’, engaging us with its dead-pan, self-deprecating knowingness. It is as rigorous as it is strangely, accessible. A catalogue, the first to articulate a critical in-depth examination of his practice, accompanies the exhibition. 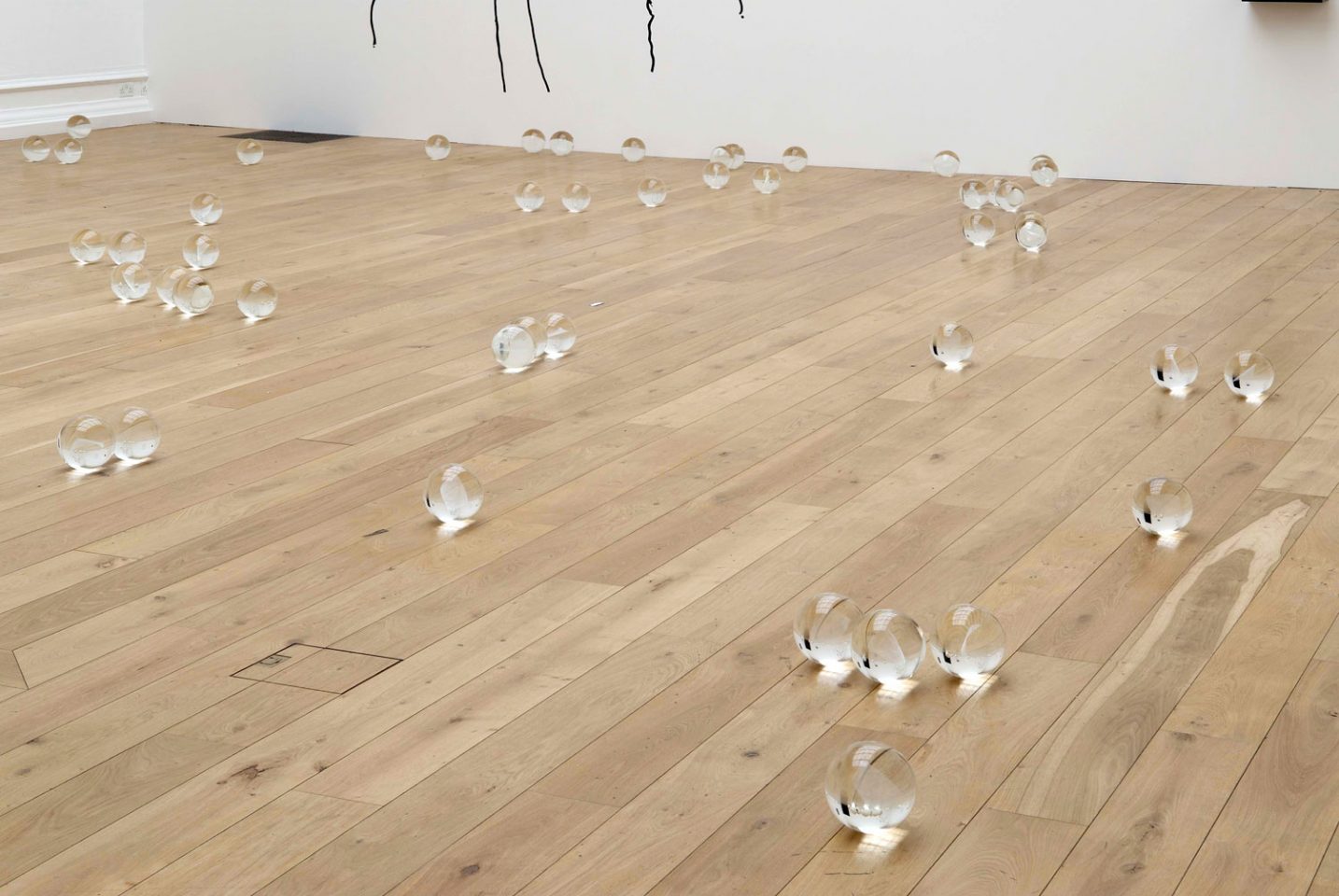 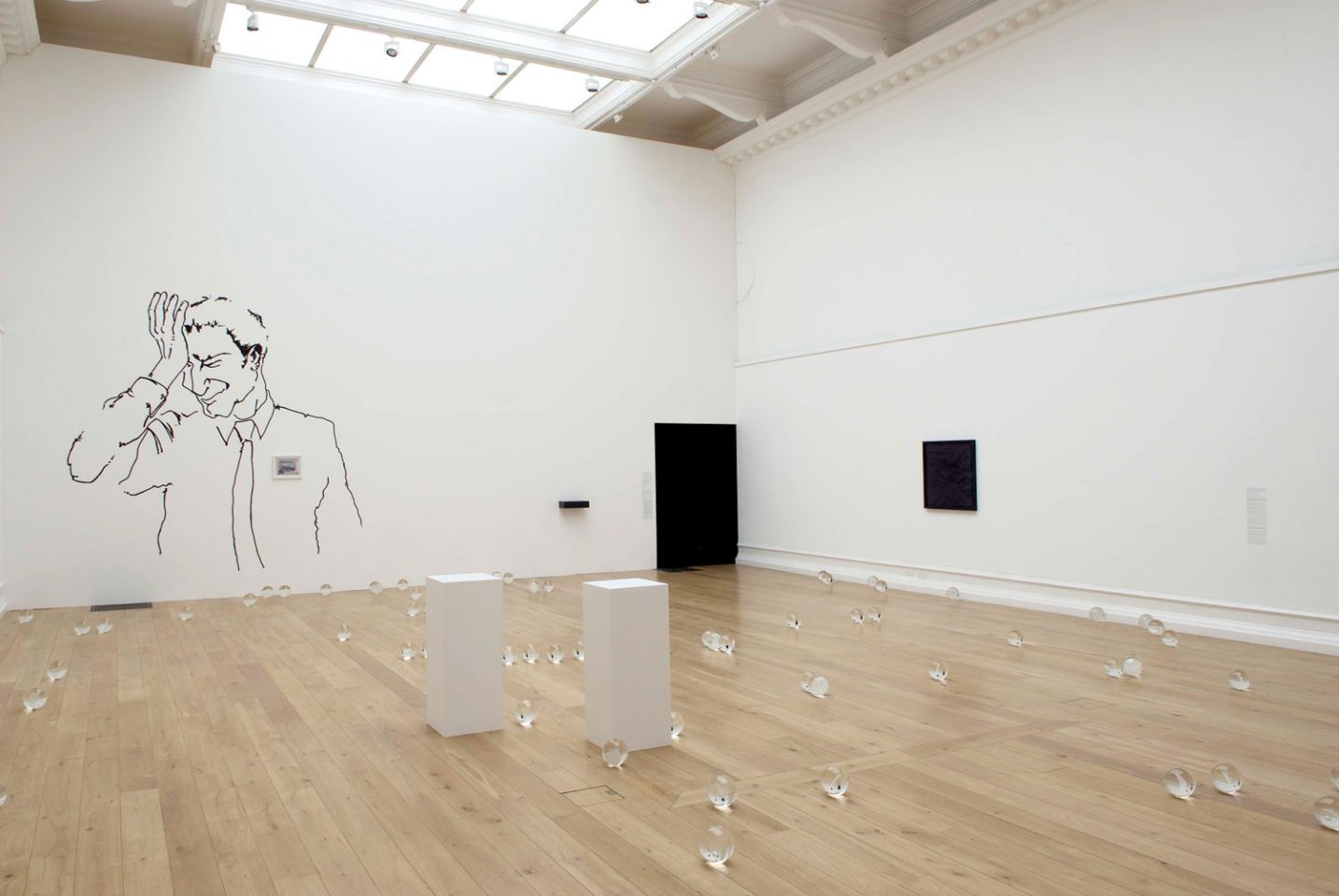 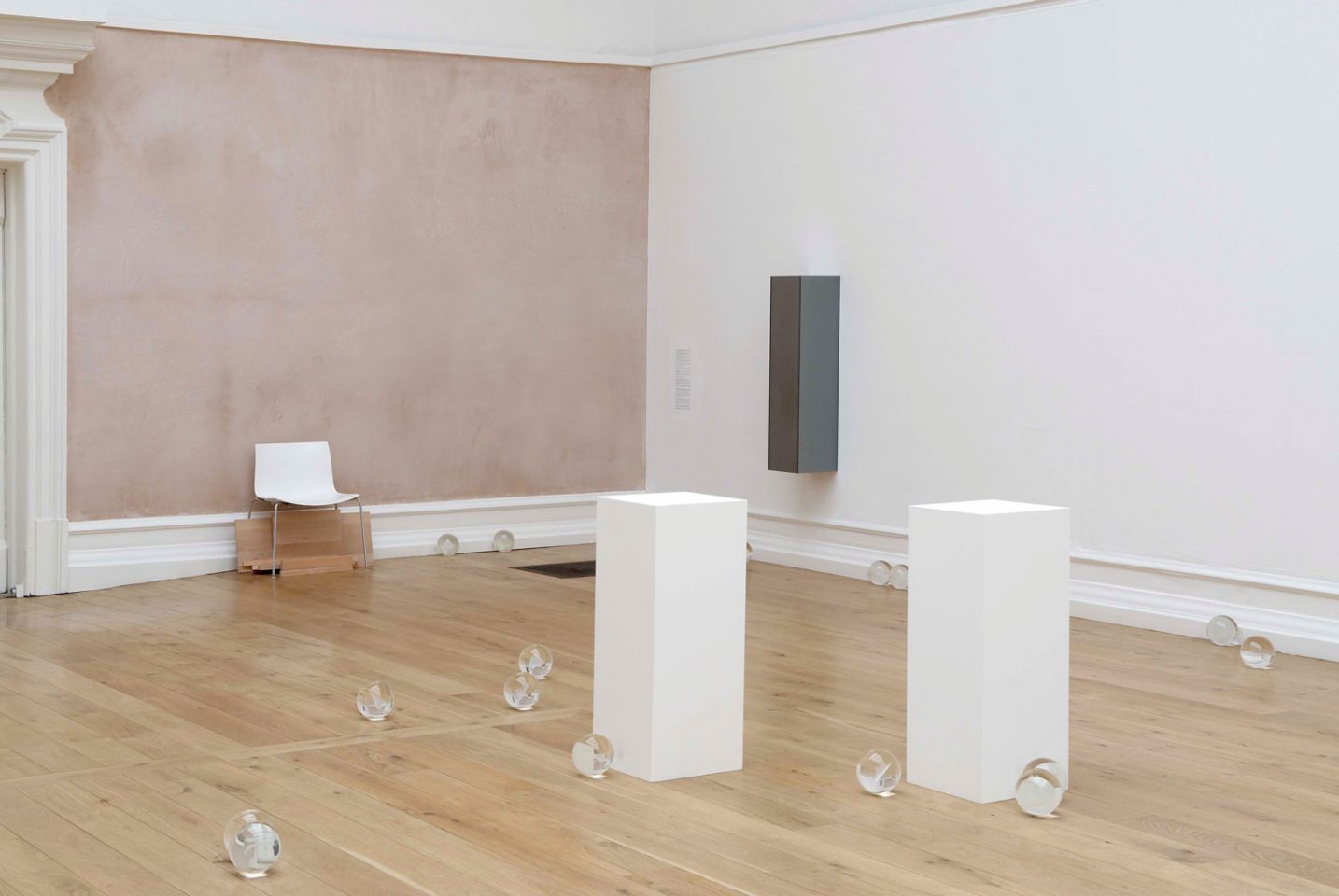 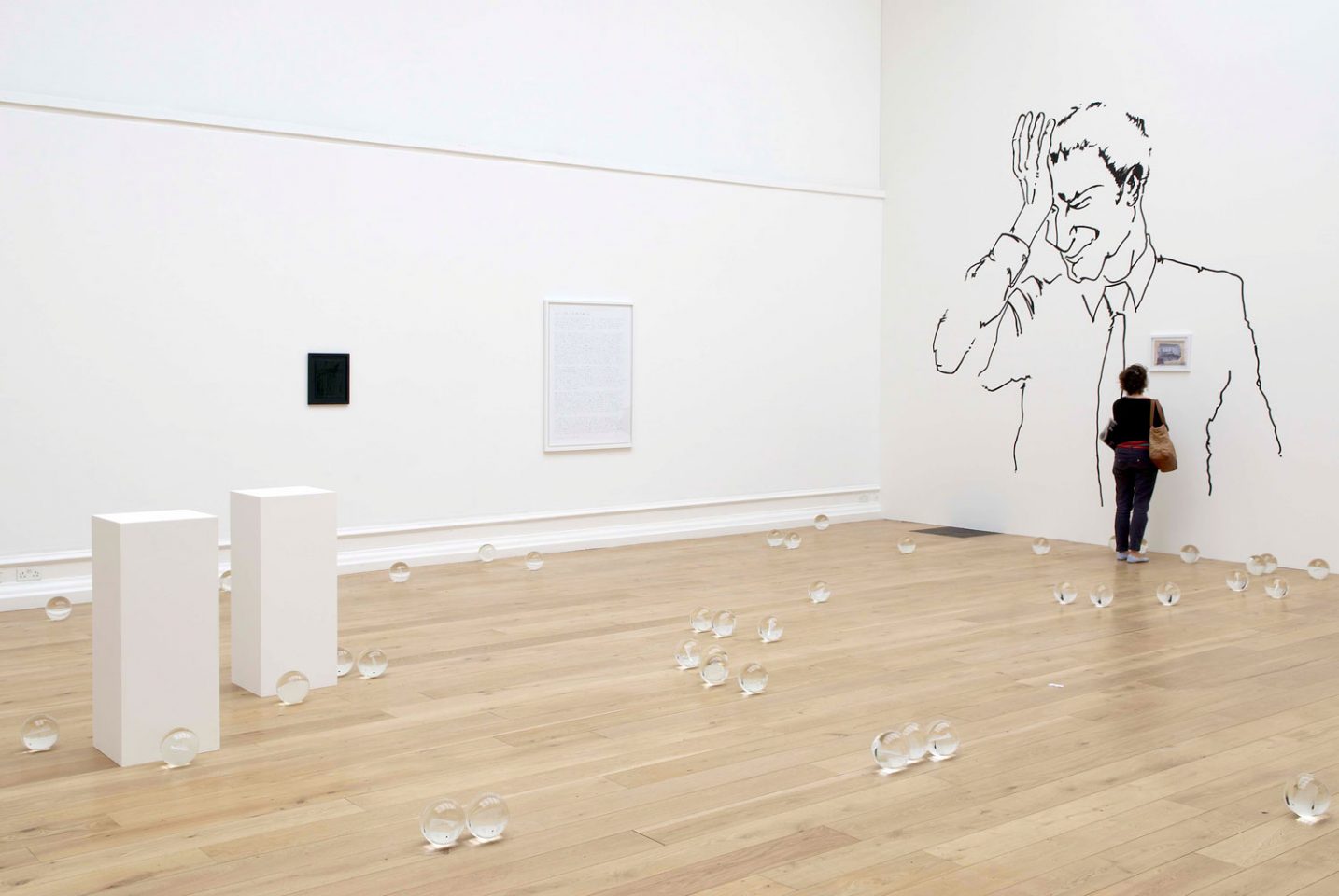 15 Jun 2008 Past event
COOKIES We use cookies to enhance your experience on this site. Find more info here.