1822-Now, the installation which dominates the gallery in this exhibition, is Zarina Bhimji’s most ambitious work to date. Positioned on the shelving are over 100 portraits of people of mixed race or who are involved in interracial relationships. The photographs were taken by Bhimji over a period of six weeks prior to the first showing of the piece in Antwerp in 1993.

1822-Now was inspired by Bhimji’s residency at Kettle’s Yard and Darwin College, Cambridge during 1992-3. Whilst there, she used the Darwin College Library to read up about the eugenics movement a movement promoting racial purity as a means to the betterment of the human race.

The principles of eugenics enjoyed widespread currency during the nineteenth century. They can also be traced in the beliefs underpinning Nazi genocide during the Second World War. Even more worryingly, the same ideas ‘that certain racial groups are “genetically” superior to others’ are beginning to resurface in current American politics.

1822-Now is a reflection on the fact that such theories have no proper scientific basis and are fundamentally racist.

The installation refers, in a number of ways, to the claims which eugenics made to be a science. The portraits are presented on library shelving, and the placing of shelves at different levels suggests that some sort of a hierarchy is being established, an idea which is undermined by the random placement of the images.

The style of the portraits, which are presented like passport photographs or mug shots, recalls the ways in which photography is used to record and categorise people. Bhimji works at undermining any such ‘scientific’ approaches by showing that it is impossible to draw up hard and fast rules about what particular groups should look like. The portraits in1822-Now are all of people of mixed race or who are in mixed race relationships, but there is no uniformity in their appearance.

The photograph Formal Hall, on display in the corridor leading to the Gallery, was also inspired by Bhimji’s residency in Cambridge. It documents the debris of a formal College dinner and reflects Bhimji’s fascination with the ritualistic nature of life at an ancient University. At the same time, however, she undermines her subject by introducing earthworms ‘symbols of earthiness and natural simplicity’ into this environment.

The most recent work in this exhibition stems from a commission from the Public Art Development Trust which had Bhimji working as artist-in-residence in the much less refined environment of Charing Cross Hospital.

Initially, she became interested in the custom of taking flowers to the sick. This interest is reflected in No Title, which shows a scattering of petals on a black latex sheet.

Vulnerable and Sticky confronts head-on the ambivalent feelings aroused in the artist by her discovery of the Pathology Museum, a store of bizarre and often disturbing medical specimens kept for the purposes of research, hidden deep in the hospital and not open to the public. The photograph is gruesome in its depiction of fresh brains laid out again on a latex sheet, and it emphasises the fragility of these body parts when seen in isolation. 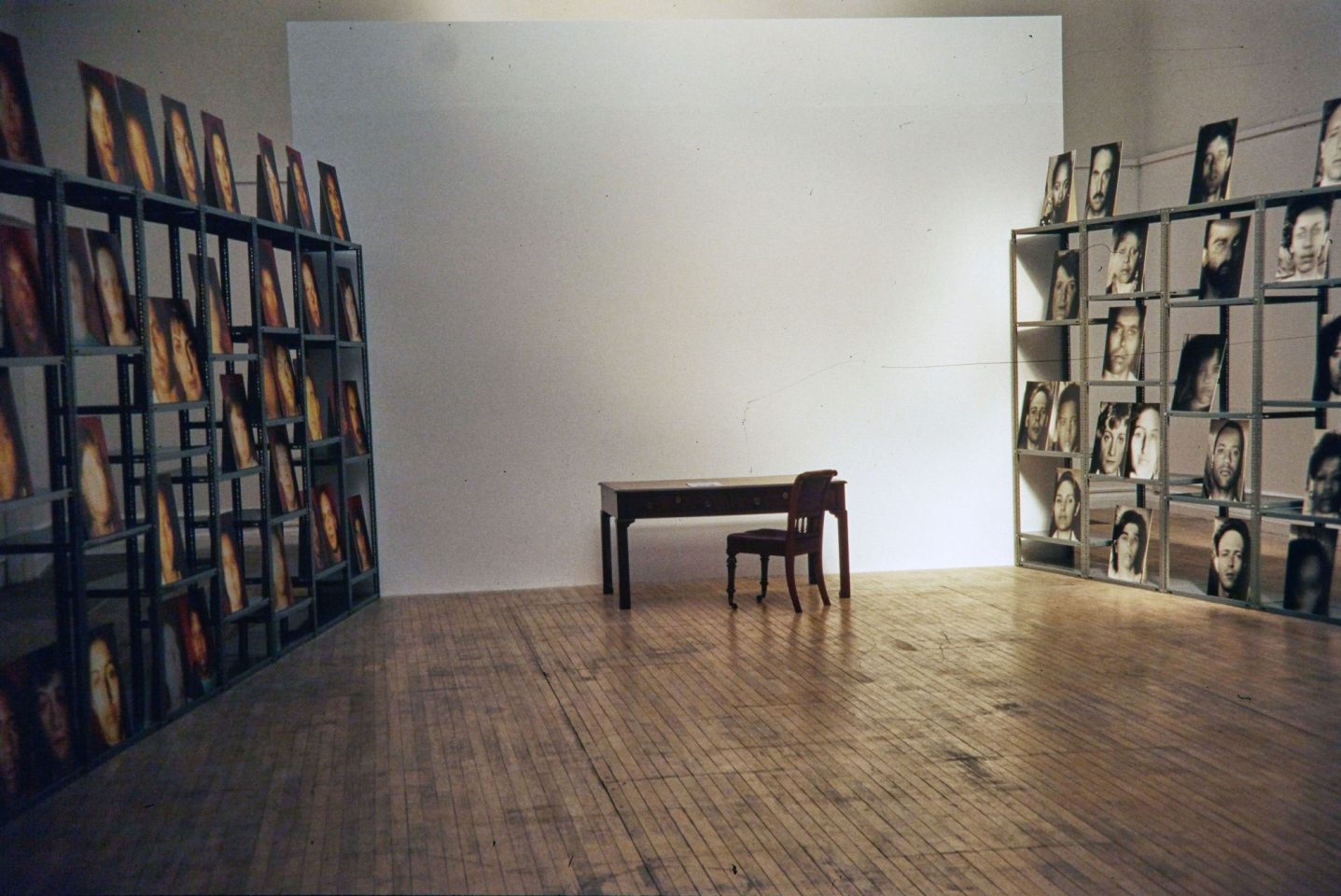 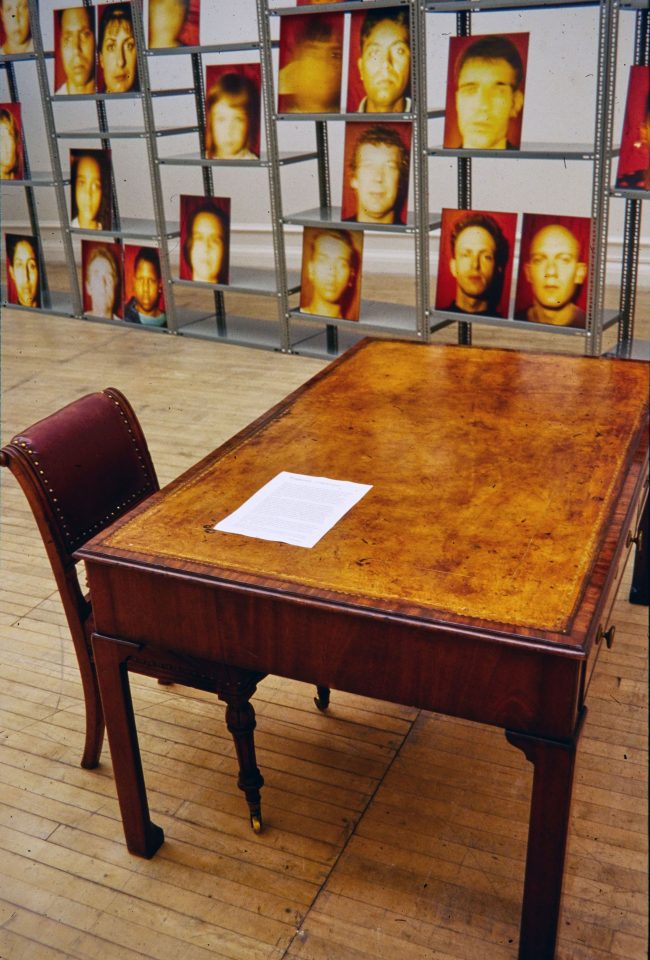 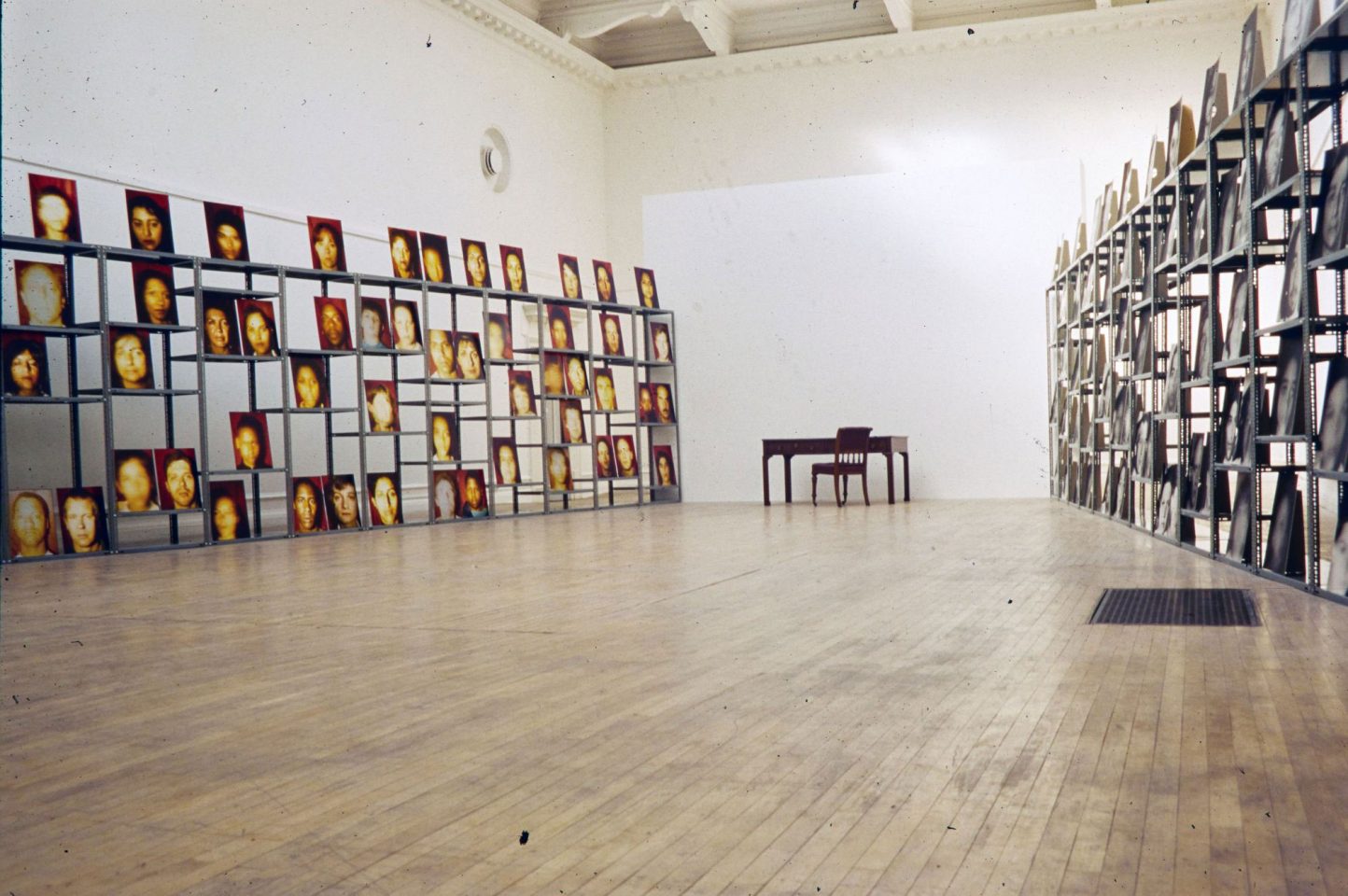 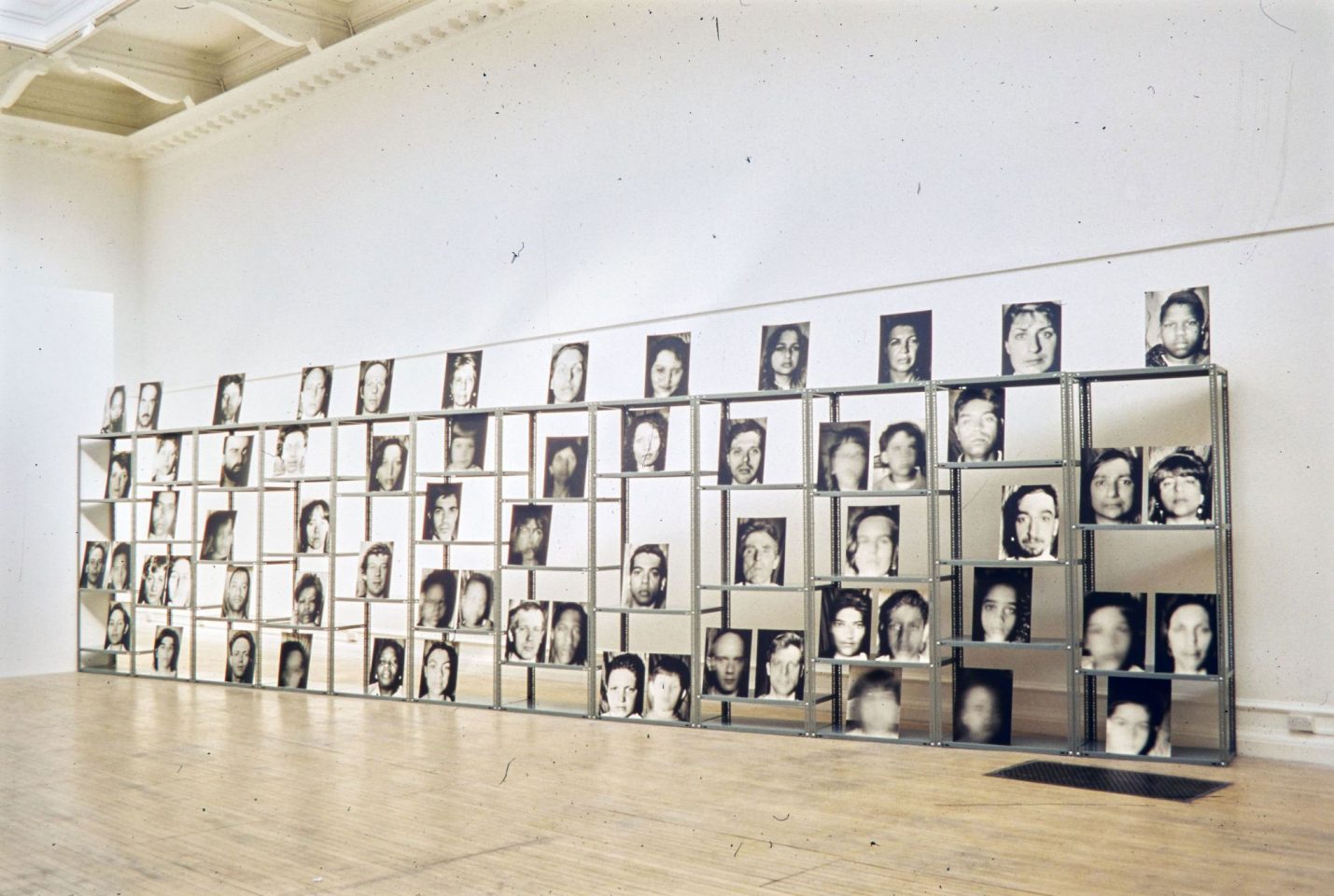