Our Book Buyer Phoebe Blatton presents her round-up of the best books for your friends and family this Christmas.

In this inventive, immersive visual memoir, Nora Krug’s reckoning with her German past is historically specific yet reverberates with a very current awareness of how we wrestle with identity, guilt and belonging. Her alchemy of illustration, collage and storytelling will have you hooked from page one.

Available again for the first time in forty years, the brilliant writer and public intellectual James Baldwin’s only book for children is back in print, featuring the charming original illustrations by French artist Yoran Cazac, and contributions by Baldwin’s niece and nephew (after whom the book’s protagonist ‘TJ’ is named). It follows the life of young TJ in Harlem in the 1970s as he explores all the challenges and joys of black childhood.

Roy DeCarava and Langston Hughes: The Sweet Flypaper of Life

Another seminal book about Harlem was re-issued this year; The Sweet Flypaper of Life is the poetic, illuminating collaboration of two African American greats, photographer Roy Decarava and writer Langston Hughes. Through photographs and text Decarava and Hughes describe daily life in Harlem in the late 1940s and early 1950s.

Christmas is a time for storytelling and reading aloud together. Worker’s Tales present a selection of late 19th and early 20th Century stories that originally appeared in socialist British periodicals of the era, selected by the ever-conscious and ever-entertaining author Michael Rosen.

For tales of more fantastical bent, a new edition of Sylvia Townsend Warner’s last short story collection of 1977 has been lovingly republished by the Handheld Press. These sixteen sly and enchanting stories of Elfindom recall the witchcraft of her classic novel Lolly Willows (1926). For those interested in further occult reading, the recently launched Ignota Press has published some of the best poets around in Spells: 21st Century Occult Poetry.

2018 marked the 70 year anniversary of the arrival of the SS Empire Windrush at Tilbury Docks, which brought Caribbean workers to help rebuild Britain after World War II. Tracing the trends and influence of Caribbean style in Britain from the Windrush generation to the present, this book is both a stunning visual archive and a meticulously researched, personal narrative by the fashion designer Lorna Holder. An absolute must-read for anyone interested in style, full-stop. And a fitting tribute to legacy of Caribbean life in Britain.

Pattern and Decoration: Ornament as Promise

A comprehensive reappraisal of a hitherto nearly overlooked American art movement, Pattern and Decoration (1975 -1985). By reclaiming colour, variation of forms as well as sensuality, artists such as Valerie Jaudon, Robert Kushner and Miriam Schapiro radically distinguished themselves from the predominant Minimal and Conceptual Art at that time, and challenged larger global issues such as the position of women, Native Americans and ethnic minorities within the art world.

Gary Indiana’s art column in The Village Voice documented the 1980s New York art scene from the front line. His fresh, novelistic approach to writing about the careers of Cindy Sherman, Richard Prince and the like also incorporated a piercing view of life under Regan, the Aids crisis and the jingoism of post-modern theory. This is gleeful, experimental and incisive criticism at its best.

Boiler House Press are publishing  some of our favourite poets at the SLG, and in perfectly designed books that honour the calibre of their content. Sophie Robinson’s long-awaited third collection is full of hard-won healing, while Nat Raha provides a prophecy against the Brexit era that rose out of crisis and austerity. These books provide an imaginative jolt as we enter the New Year and all that may unfold. 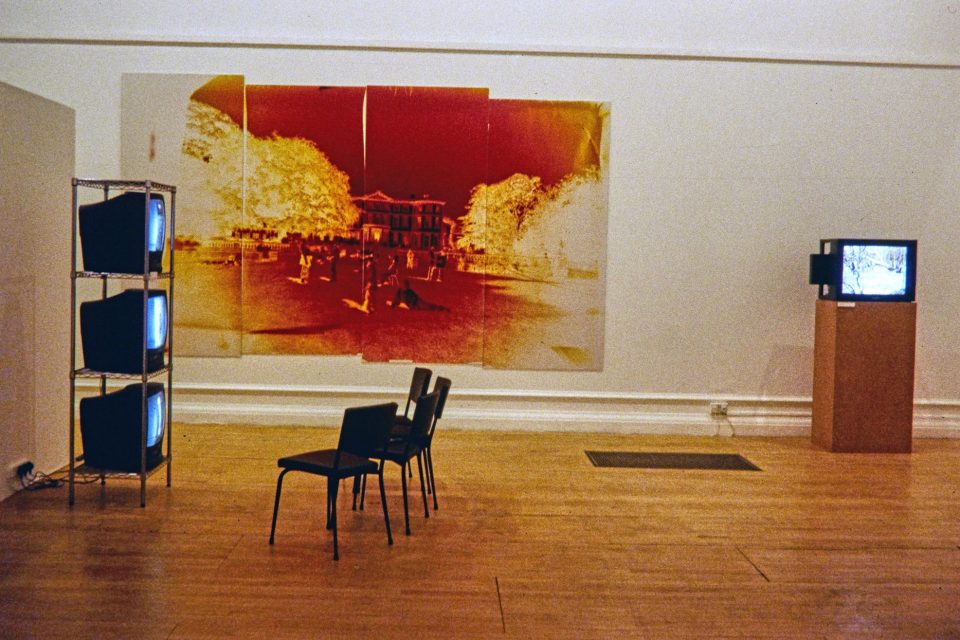 Lucy Inglis, 17 Dec 2018
COOKIES We use cookies to enhance your experience on this site. Find more info here.