This article by photographer, writer and critic Isaac Huxtable is part of the BLACK LENS series, commissioned for the SLG’s Convergence programme.

In 1968, Don McCullin visited Vietnam as an overseas correspondent for The Sunday Times Magazine.

He was sent there to take photographs of the war, its victims, and its effects on the nation. McCullin’s time in Vietnam as well as his documentation of the African HIV/AIDS epidemic, starving children in Biafra, and the Cyprus Civil War garnered him a great deal of respect as a photojournalist and his images have gone beyond front covers and into galleries. Celebrated photojournalists, such as McCullin, Steve McCurry and Kevin Carter have been acclaimed for how they capture the stark grim reality of the world. But it is no coincidence that a striking majority of these images are of people of colour, while the celebrated photojournalist behind the camera is nearly always a western White man.

We know by now the difficulty in holding an image to the impossible standard of ‘truth’. With the work of contemporary documentarians such as Forensic Architecture, our relationship to the once radical approaches of ‘Man with a Movie Camera’* has shifted, yet you’d still be surprised to find a piece of journalism, be that on or off the internet, that’s void of any image. We still love the image; it anchors the story and brings it to the believable intensity of being ‘real.’ Photojournalism matters. These world-famous images are major players in public opinion and belief. An example of this is the ‘poverty porn’ of the 1984 Ethiopian famine. Images of starving Black people were present in all facets of popular culture. This mass consumption of Black suffering was in the name of charity, and despite the amounts of money raised by such ‘awareness’, exclusively depicting Ethiopia (and to the ignorant, the whole the continent of Africa) through the white-saviour lens of suffering, is part of a far wider history of propagating Black pain for the white viewer.

Black suffering has always been on display. It’s marketable and always has been. Black trauma, Black injustice, and Black rage sells, home and away. The mass desensitisation to the violence against Black bodies has long been propagated by news organisations.

The World Press photo report of 2018 discovered that out of the 5202 global professional news photographers asked, only 1.4% identified as Black. This is a problem. Many photojournalists would pride themselves on the unbiased nature of their work, acting as an apparent anonymous voyeur capturing the reality of a foreign world. As a photographer, I know this isn’t true. The reality is that a single person with a camera inevitably captures their world, not a universal one. What you leave in, what you throw out, what you caption, and colour correct, are all elements which stain the craft with bias. It’s unavoidable, but images are all marred with the curation, intentional or not, of the creator.  Imagine the skewed reality we gain when only 1.4% of these documentarians are Black?

I do recognise the importance of photojournalism. I know that people won’t care for another statistic, they need to see them bleed. What I would like to see moving forward isn’t an abolition of photojournalism, but we do need to question the inherent colonial nature of who gets to tell the story.

This brings me to the current protests. I’m Black, and have a very active online presence. For the past six years or so I’ve become used to seeing the reports and the dissemination of images related to Black Lives Matter protests both in America and here in the UK. I’ve seen images of blood and brutality on the front pages, children threatened with tear gas at point blank. A lot of these images are captured by those attending the events, the phone camera providing us all with an avenue to documentary photography. But many of these images, the ones that go viral, the ones the world sees, the ones which win prizes, are being taken by non-Black photojournalists. The 98.6% majority.

It begs me to ask: why are you there? Are you there to fight the cause, to stand in solidarity and document history in the making? Are you there to document the injustices present, to support protesters wherever and however you can? Or, I worry, are you there for profit, hoping your image will make the next front page, hoping to capture the perfect shot?

In newsrooms across the world, they’re choosing ‘striking’ images of people breaking into shops and setting cars alight. In these newsrooms, nearly exclusively non-Black journalists and editors get to decide how the story of Black international trauma is told. Bad photojournalism is at best clickbait (and at its worst propaganda). I’m seeing a lot of pictures of burning buildings. It’s an exciting and contentious bit of rebellion captured and distilled in order to muster enough interest to click the article. Let’s not end photojournalism, rather truly make it more fair and honest; we need to ask questions about image making. Democratise the camera. No matter what’s in front of the camera, whoever is behind it has some agenda. This agenda is unavoidable, but for too long, the people behind the camera have all looked very similar. To White photojournalists, I’d say sit this one out. Give time and space (and jobs) to your Black colleagues, I promise they’re out there. Give them a chance to tell their own stories, see their lives from their own lenses.

I don’t, however, think the solution to the problem is employing Black photographers to document Black trauma and injustice. I don’t want the next Afghan Girl to be taken by a Black photographer either. Rather I want these images to be taken as just that: images. We must view photojournalism with the same awareness of implicit bias we know exists in all journalism. Digital editing is a dirty word in the business for good reason, and we must start thinking in more depth about the racial and gender inequalities behind and in front of the camera in the same way.

Imagine the uproar if a major news outlet exclusively hired White journalists to discuss Black Lives Matter protests. When we don’t account for the photographer and their biases, it compromises the overall integrity. The lone cowboy approach to photography is somewhat outdated. I myself am a photographer, but I also know that with everyone having a camera in their pocket, the divine and solitary right of documentary making isn’t my power alone. As we’re seeing through Black Twitter and other social media communities, images (for better or worse) travel more quickly than they ever did on the front cover of The Sunday Times. Anyone can now capture injustice, tragedy, joy, revolution. We’re all photojournalists every time we post an Instagram story from a protest or march. Removing the notion of expertise is of course daunting when discussing the authenticity and reliability of images in the news media, but it is certainly a more equalised form of photojournalism.

For me, photography is storytelling. Photojournalism may carry the added weight of a claim to the truth, but it’s ultimately still someone telling a story. Many remember the tragedy of Vietnam through the literal lens of people like McCullin, and only McCullin. His choices 50 years ago created history. And as we have seen throughout history, what matters is who gets to tell the story. These protests are Black history, and the world, inside and out of the newsroom, is never going to be the same again. What matters now is that the stories we tell come from those living it.

*an experimental 1929 Soviet silent documentary film, directed by Dziga Vertov. Vertov was an early pioneer in documentary film-making during the late 1920s. He belonged to a movement of filmmakers known as the kinoks, or kino-oki (kino-eyes). Vertov, along with other kino artists declared it their mission to abolish all non-documentary styles of film-making. This radical approach to movie making led to a partial dismantling of the film industry: the very field in which they were working.

Isaac Huxtable is a photographer, writer and critic from the north of England, based in London. He primarily writes on topics regarding the visual nature of race and gender in relation to the British empire. Isaac has just graduated in BA History of Art at the Courtauld Institute of Art. 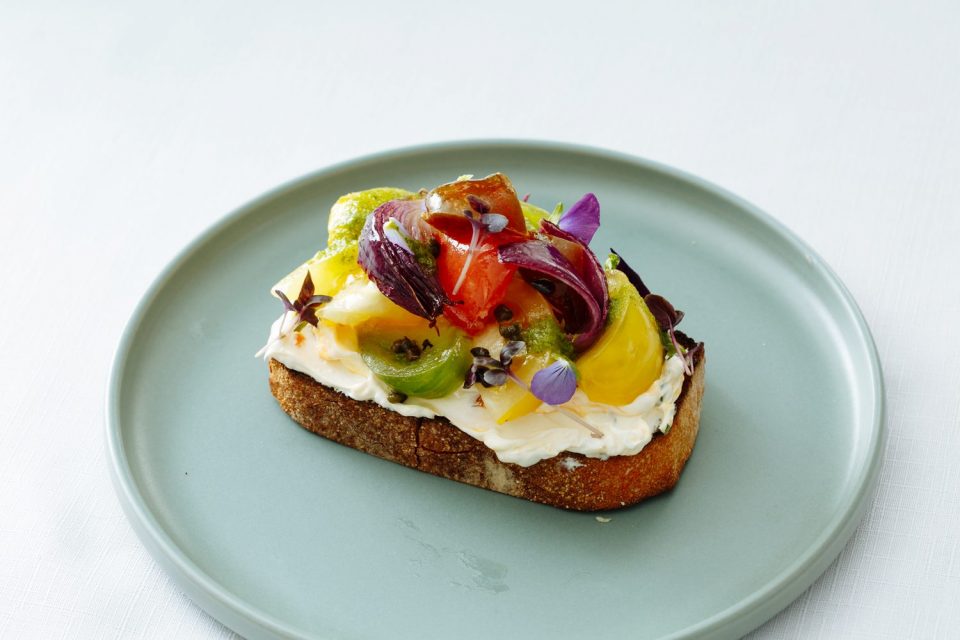 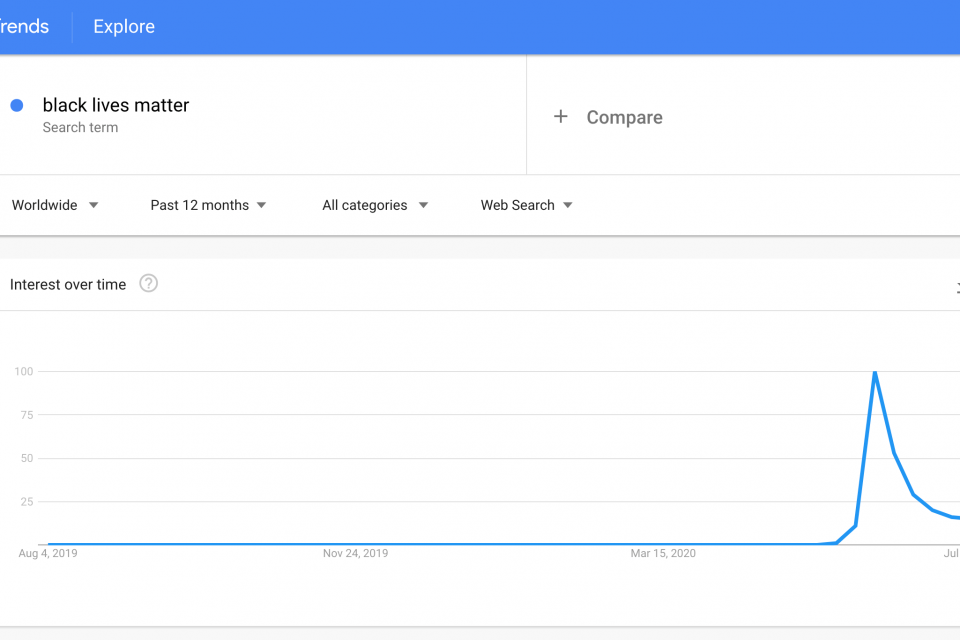 Novuyo Moyo, 3 Aug 2020
COOKIES We use cookies to enhance your experience on this site. Find more info here.