And because I know that I have a finite time to write, and that this awareness of mortality has occupied me since I was a girl, I am moved by artistic practises that bring me into a more intimate relationship with language and its histories.

“erasurist as an archaeologist” [i]

Which is to say, the practice of erasure in poetry is a formidable one. It is a form by which I am utterly possessed. Subversive, political, acerbic, it is a methodology that removes, redacts or obscures text from an existing work to create something new.

It can take language towards the edge of sanity and logic.

Depending on the approach taken, it can leave huge swathes of empty white space or black space. The form therefore also has an inherent visual quality. You approach the work first from a distance.

Well, I am trying to tell you about a form that is driven I think by an impulse that is both what it is and its opposite. It is both textual and visual, contemporary and classical, driven by a search for clarity and non-meaning, and an obsession for truth and cynicism towards truth. Mostly, I think it expresses love for those people, often people of colour, who suffer from dishonesty of language.

That this statement could be true and the same time unprovable is difficult to accept, I understand.

And indeed, it was in 2009 at the Centre Pompidou in Paris at a retrospective of the painter and sculptor Pierre Soulages that I perhaps first came across erasure as an aesthetic in its intoxicatingly beautiful visual form.

Soulages (1919-) paints almost exclusively in black, making broad abstract strokes against a white background to create artworks such as Peinture 260 x 202 cm, 19 juin 1963 that defy any attempt at narrative. He has stated that he was initially inspired by the prehistoric painting of the bison in the Altamira cave in Spain. The painting is 18,000 years old. He connects his love for the colour black with the primordial urge that the first cavemen and women had to decorate walls with the same colour. [ii]

Strange, how I can still recall a single wide brushstroke from one of his works against a canvas of staggering white. How I can recall in my body the sensation of standing in front of one of his paintings, double my height, overwhelmed by feeling.

Images of hunting scenes from two hundred centuries ago flash before my eyes. Rock-engravings of wild cats and bears, foxes and deer in charcoal and manganese against engravings of men who approach the animals with spears.

We are all going on a pre-historic dig. [iii]

It would be tempting to state here that erasure, literary or otherwise, illuminates some truth about the original text or material.

It no doubt does achieve this effect in the hands of brilliant poets and erasurists such as Solmaz Sharif and Tracy K. Smith. I am more convinced, however, by the ability of erasure to illuminate some truth about the state of language itself and its inner machinations.

I know of no work of erasure that is more powerful than Zong! by M. NourbeSe Philip [iv].

Zong!, a book length poem, appropriates language from the report of an eighteenth century English legal case Gregson v Gilbert. In a distressingly short account, that document recounts the murder of Africans, on board a slave ship that voyaged to Jamaica, for the purposes of an insurance claim.

Philip uses language in Zong!, as in this excerpt, in ways that are fractured, elongated, dismantled and scattered across the page. The reader is forced to consider the way their breath functions in relation to words and history and capitalism and the way the reader enters this space and site of massacre.

In an interview from 2019, Philip offers an explanation about the pursuit for meaning and unmeaning in Zong! [v]:

The hunt [is] not so much for meaning as for how to make meaning and unmeaning. The awareness that relieves the burden of history, even if temporarily, and opens breathing spaces… that perhaps lead to greater freedom. The willingness to accept that complete meaning will, in all likelihood, escape us and that the untelling and the half-telling — the silences — are to be embraced. In so doing we approach a poetics of the spiritual within the work.

Perhaps we all exist in a state of perpetual erasure.

And whilst this process is ongoing, all I know is that I don’t want to look away.

I want to fix my gaze, pointing to some lost, forgotten thing, like some crazed archaeologist, and say you will never see anything more beautiful, more deranged, more profound than this.

[i] Srikanth Reddy and Travis Macdonald, The Weight of What’s Left [Out]: Six Contemporary Erasurists on Their Craft, Interview by Andrew David King, Kenyon Review, 6 November 2012

[iii] “We are all going on a pre-historic dig” appropriates language from the interview with Pierre Soulages, referenced above.

S. Niroshini is a writer and poet based in London. She received Third Prize in the Poetry London Prize 2020 and is a recipient of a London Writers Award 2019 for Literary Fiction. Her poetry pamphlet Darling Girl (Bad Betty Press, 2021) begins with a long ekphrastic sequence that reflects on the history of photography. 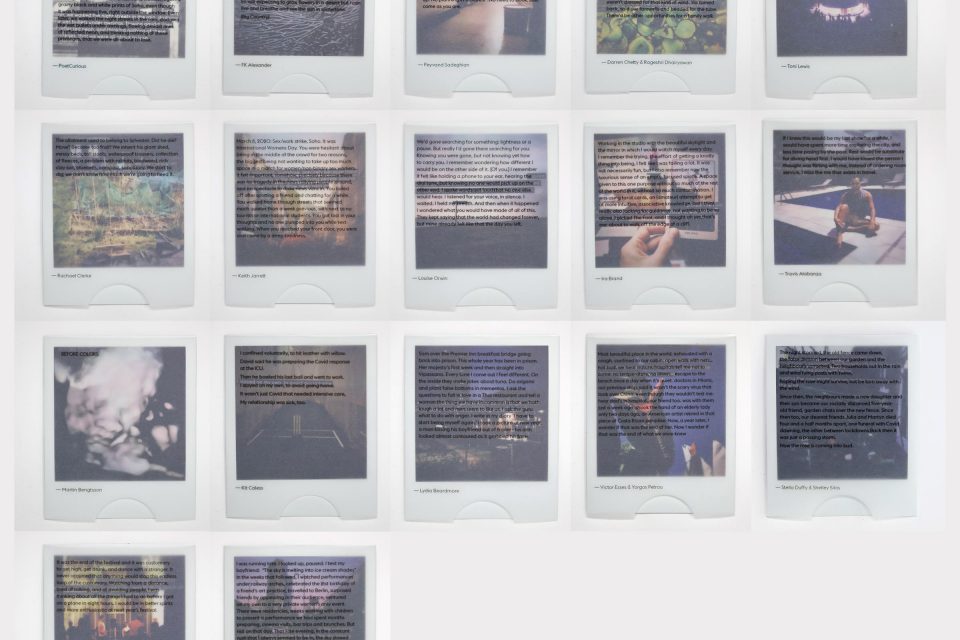 Repurposing the Gaze: A conversation with Paula Varjack 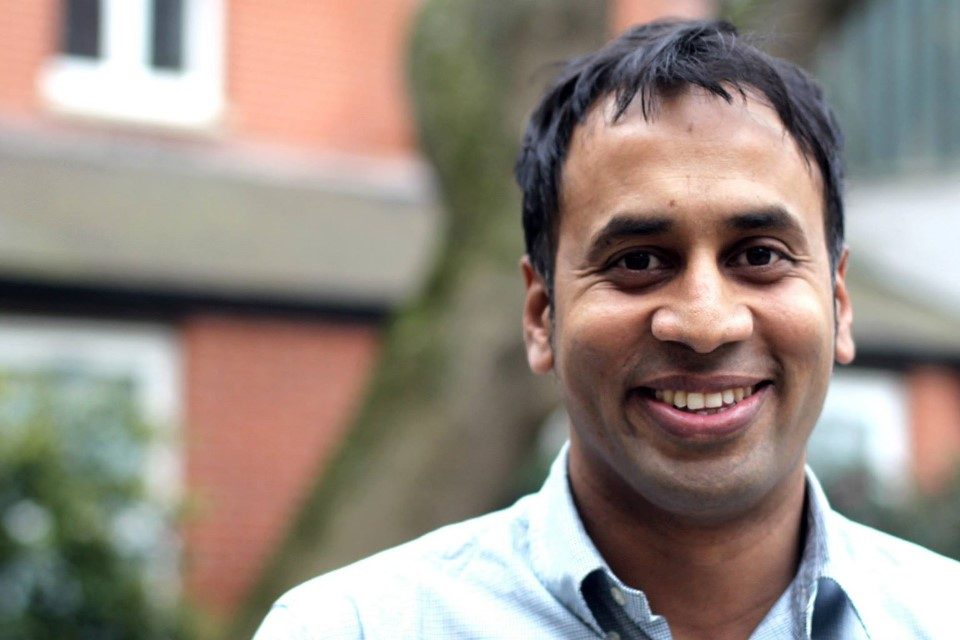