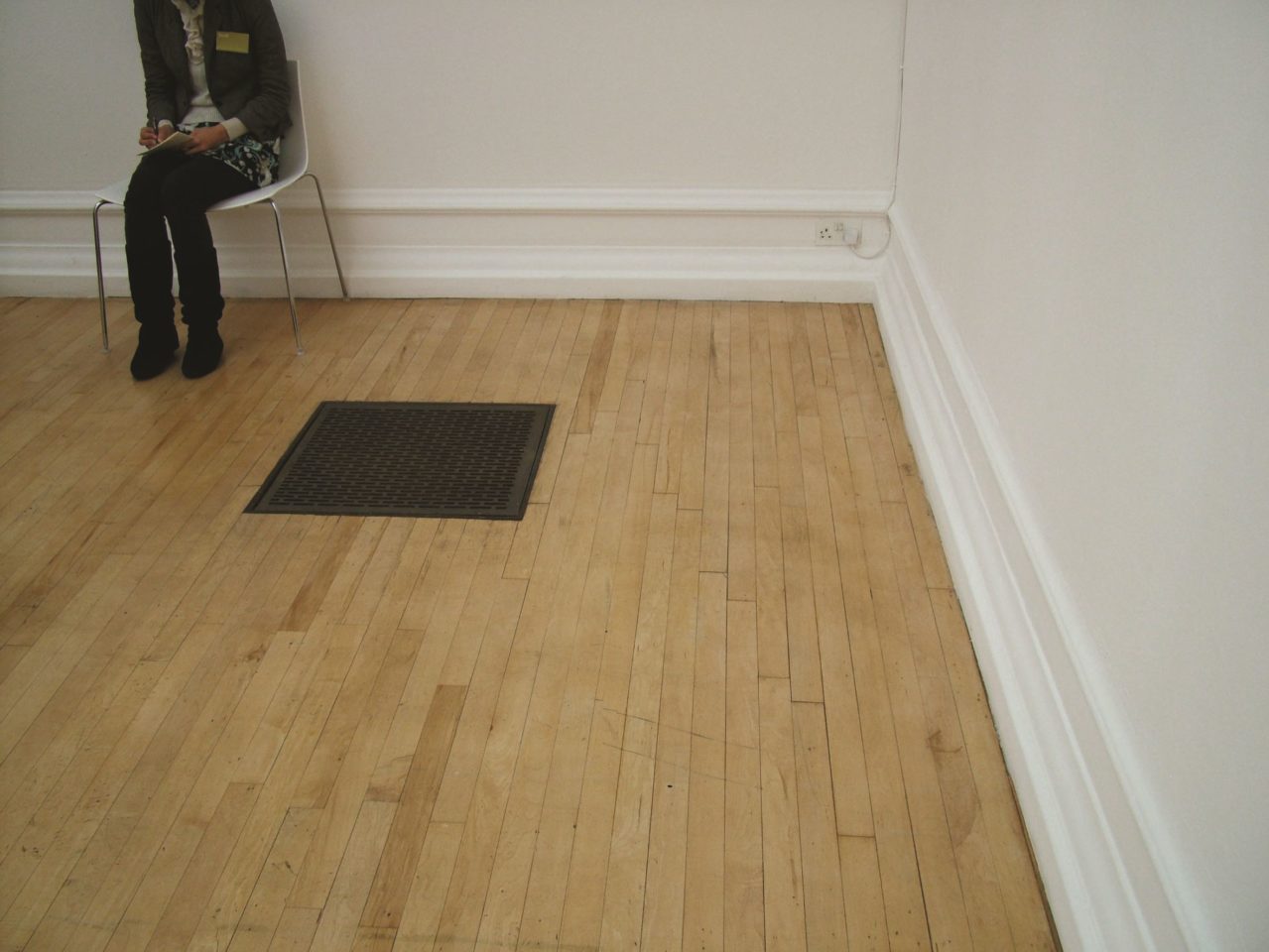 Cornford and Cross, Where is the work, 2004, Metal Grille.

Known for their idiosyncratic and often ephemeral interventions into public space, for the travelling group show Perfectly Placed Cornford & Cross created a replica of one of the heating vents in the South London Gallery floor. Following a complex process of 3D modelling, the pattern was delivered to an iron foundry and a new iron grille was cast. Described by the artists as ‘neither better nor worse than the old grille’, Where is the Work is a piece in which ‘the investment of time, labour and resources is “invisible”’. Following the exhibition, new grille remained as a part of the South London Gallery floor, and the original became a part of the SLG collection. 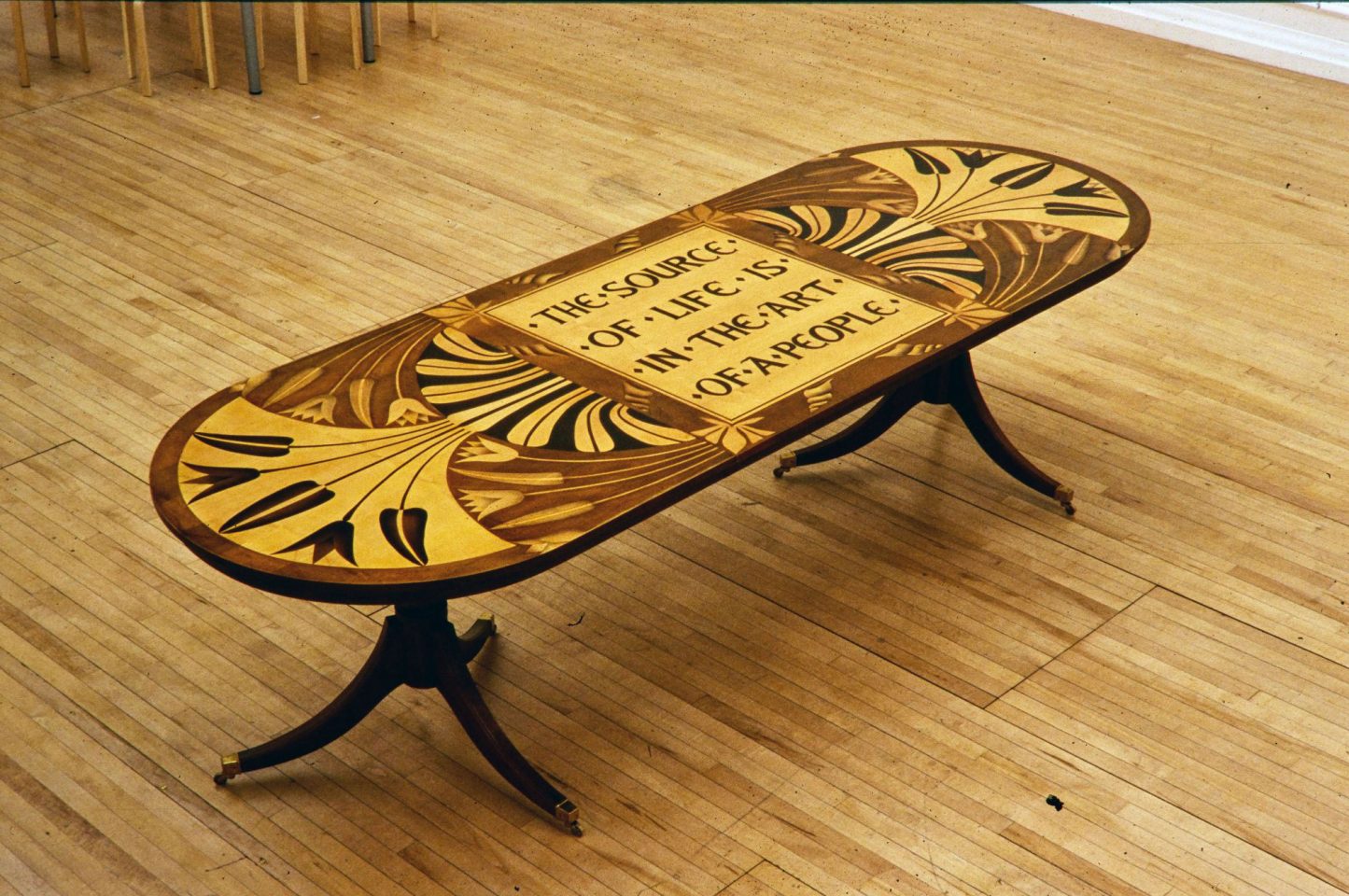 6 – 29 Aug 2004 Exhibition
COOKIES We use cookies to enhance your experience on this site. Find more info here.

Cornford and Cross, Where is the work, 2004, Metal Grille.