Join us in the Archive for an afternoon of animated films set in locations across south London. Second year BA Illustration students present a series of short, animated films which showcase their research into the social, political, mythological and architectural histories of south London.

Over the course of the afternoon the films will explore the histories of Camberwell Fair, the Streatham Common Rookery, the Cinema Museum, Tooting Bec, the London Sewing Machine Museum and Brockwell Lido. The screenings will also highlight the mythical histories of the local area, from the hauntings of the white lady of Camberwell to the spectre of Spring-heeled Jack.

Ines Barros is an illustration student. She likes to explore and develop her work mostly around the themes of nature and sexuality.

Marcelina Bogacka is an illustration student who likes to work with digital and traditional media. Her art mostly focuses on topics related to folklore and fantasy.

Honor Cartwright is an illustration student. She likes to work with drawing, photography and animation to create reportage art.

Grace Iredale is a painter and illustrator who specialises in portraiture and life drawing. She has a love for ballet and bright colours.

Lukasz Maciaszkiewicz is an illustration student working in different techniques, mostly in monochrome. His works usually reflect on social and psychological matters.

Katya Rogers is an illustration student who enjoys making work that creates a meditative response.

Rory Wynn, born in Hull, uses a range of media to explore and present work with meaning.

Archive, Fire Station
Supported by the Heritage Lottery Fund and the University of the Arts London 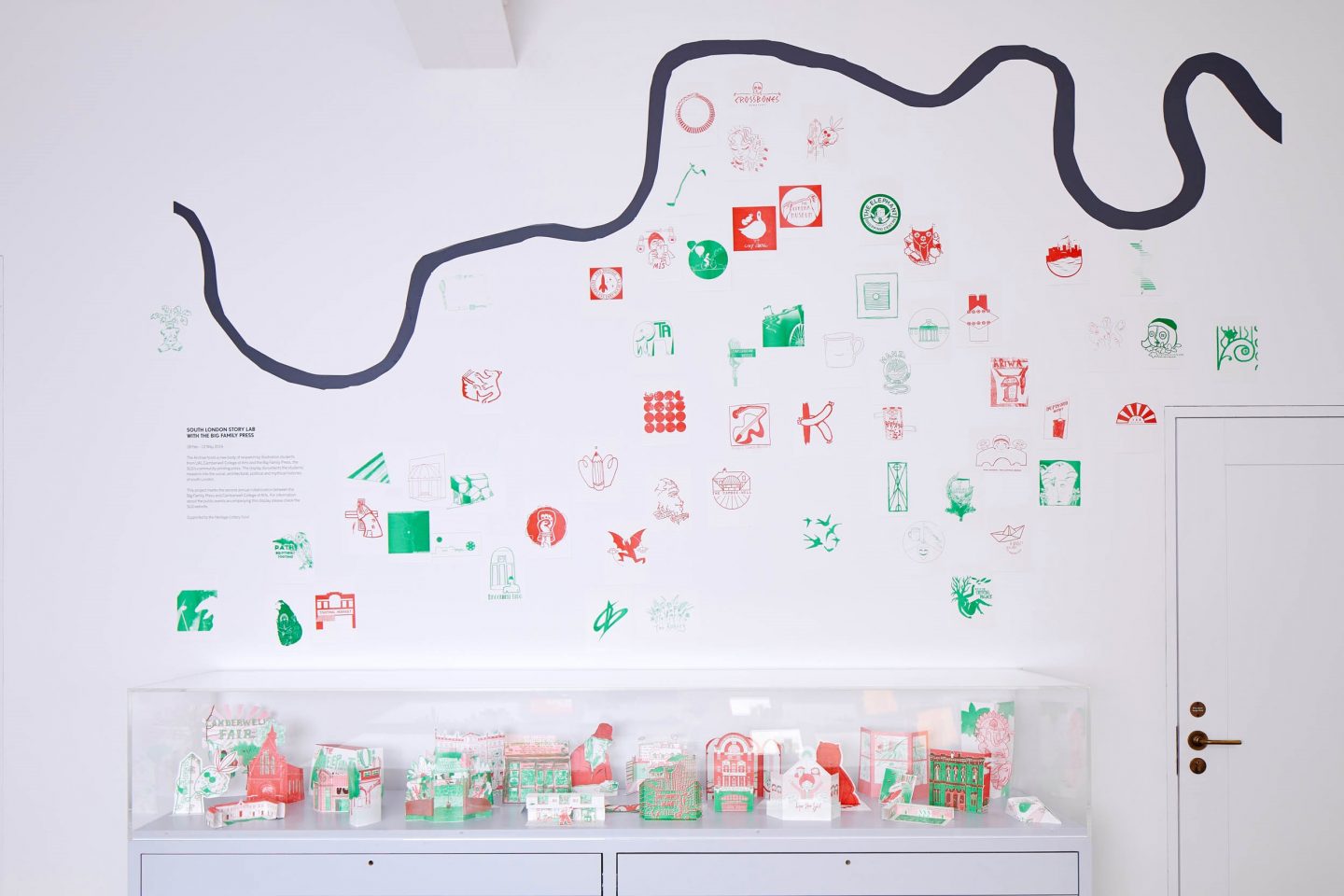 The Archive hosts a new body of research by Illustration students from UAL Camberwell College of Arts and the Big Family Press, the SLG’s community printing press. The display documents the students’ research into the…

Supported by the Heritage Lottery Fund and the University of the Arts London
COOKIES We use cookies to enhance your experience on this site. Find more info here.