The South London Gallery has two permanent gardens, the Orozco Garden and the Fox Garden.

The Orozco Garden is free to visit and is open Saturday and Sunday, 11am–6pm

The South London Gallery’s permanent Orozco Garden opened in 2016 and was created over two years by leading international artist Gabriel Orozco, with support from 6a architects and horticulturists at the Royal Botanic Gardens, Kew.

Orozco embraced the challenge of transforming a largely inaccessible paved area of land at the back of the SLG’s main building into a unique sculptural work despite never having designed a garden prior to his commission.

Spanning sculpture, drawing, photography and video, much of Orozco’s work stems from his idiosyncratic observations of contemporary urban environments, revealing poetry in unexpected locations or the often playful combination of everyday objects. The recurrence of circles in his work, whether in nature or man-made objects (puddles, balls, wheels), or within paintings and drawings, is carried through to his design for his garden at the SLG.

Establishing a tension between symmetry and asymmetry, a geometry of intertwining circles intricately outlined in brick dimensioned York stone subtly maps a series of discrete spaces or notional rooms in the overall garden. Each area has its own distinctive character, through slight shifts in form or height, variously planted or featuring seating, a sink, water butt or welcome bowl built up from the stone bricks. The various levels and spaces can be used interchangeably for sitting, eating, playing or showing work by other artists, reflecting the multiple activities the garden is used for.

The choice of materials in the Orozco Garden was drawn from the language of the gallery’s Victorian building and includes bricks from the newly opened up rear facade. Playing on the idea of an urban ruin, the garden will gradually evolve to become rambling and overgrown with different grasses, low level creepers and fragrant plants.

An important focus of the garden is the planted walkway which provides a direct point of access for the nearby residents of Sceaux Gardens housing estate where the SLG has run art programmes for many years.

As part of the Gallery’s expansion in 2010, the SLG commissioned south London-based partnership Fraser & Morris to design an enclosed garden bordered by the brick walls of the original exhibition space.

The seasons are celebrated with a succession of blossom, flowers and berries, and groups of winter-scented Sarcococca provide a strong, year-round structure. Two specially commissioned oak benches by Ed Brooks provide resting points from which to enjoy the garden.

A path through the Fox Garden leads visitors to the Fox Reception which looks out on the Orozco Garden.

Read the list of key plants in the Fox Garden here.

Find out more about hiring the Orozco Garden for your corporate event, party or wedding
Find out more 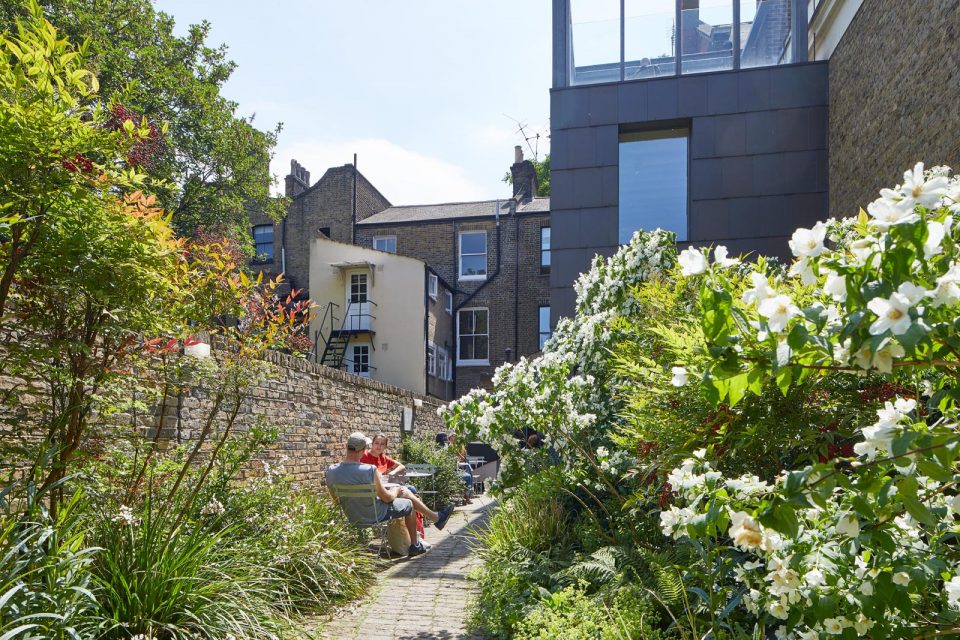 Sustainable development is a priority for the South London Gallery, we are committed to reducing our environmental impact and increasing our audience and community’s awareness of environmental concerns.

Find out more
COOKIES We use cookies to enhance your experience on this site. Find more info here.