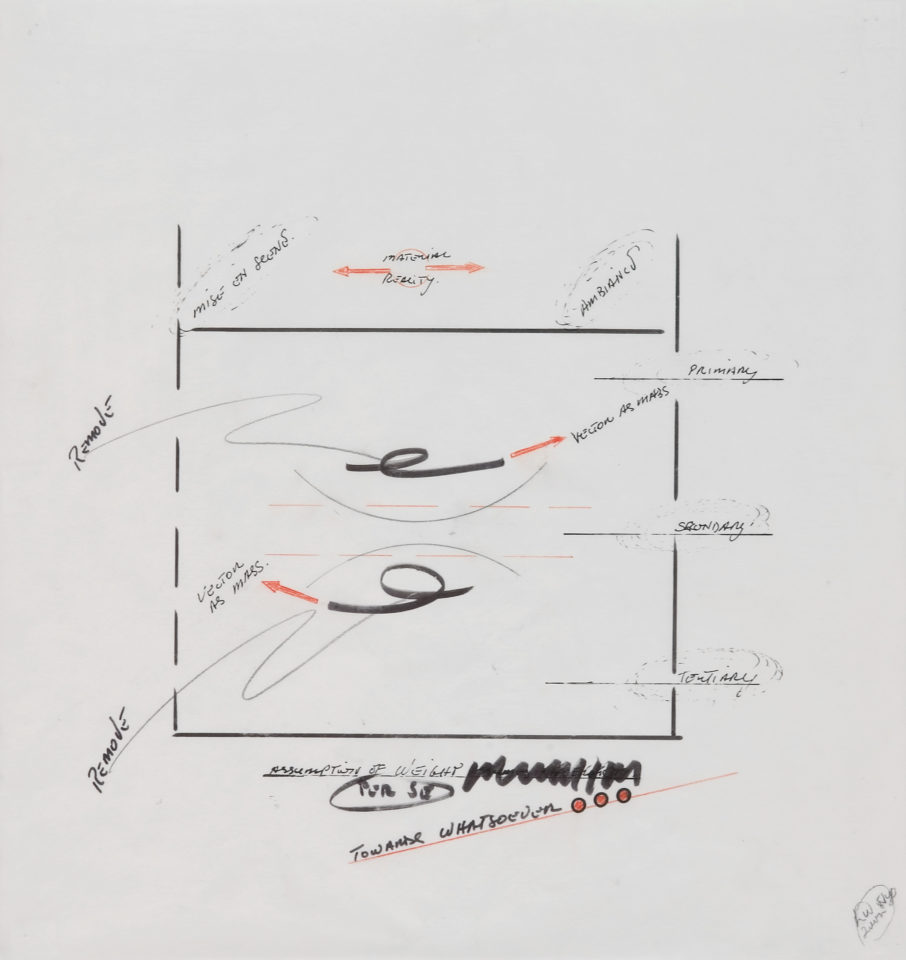 This work was commissioned as part of the group exhibition Independence, 2003, for which over a hundred artists were invited to exhibit works on the theme of independence to celebrate the gallery’s newly acquired status as a charitable trust. Weiner’s practice is concerned primarily with language; the material reality of language as a physical form, the liberation of language from fixed and determined meanings, and the potential of language to effect transformation and change. The spirit of independence is conceived through the work’s semantic freedom, and the democratic distribution and reception of forms of art within new contexts; the artist was also commissioned to produce a free pull-out as part of the SLG newspaper. 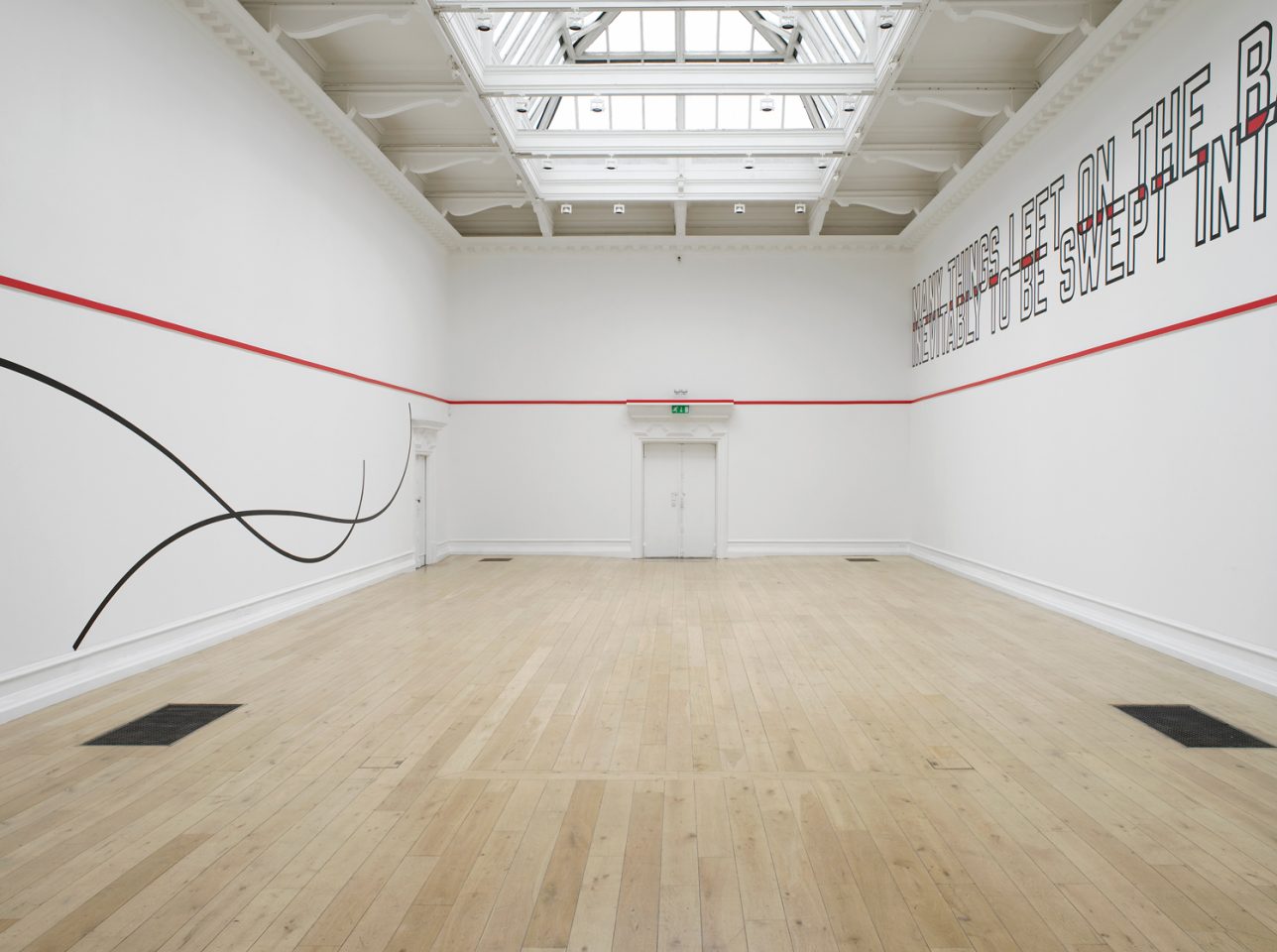 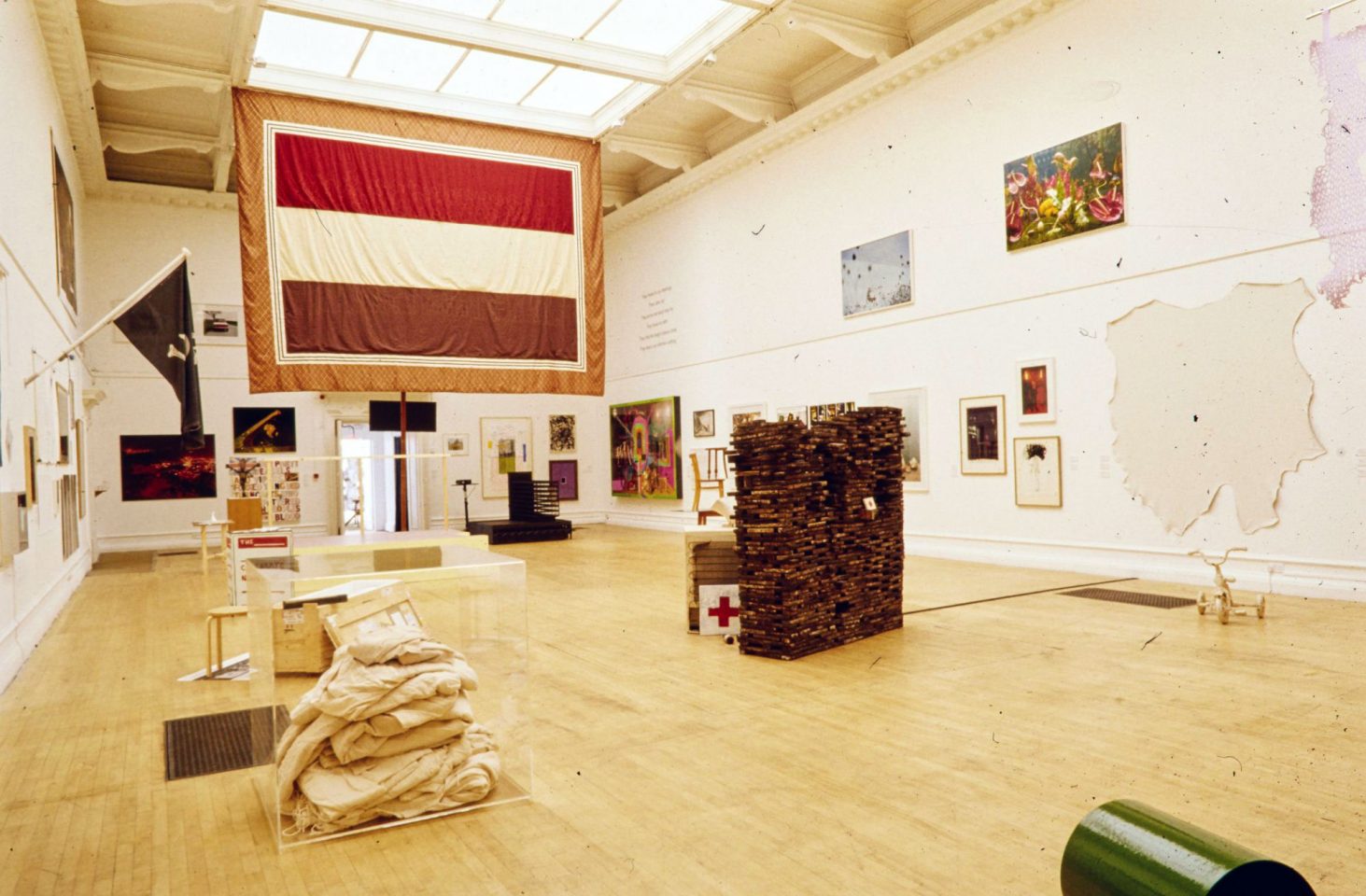 3 Jun – 3 Aug 2003 Exhibition
COOKIES We use cookies to enhance your experience on this site. Find more info here.