On Friday 31 March, Heritage Programme Assistant Jade Onojeruo lead a special edition of the SLG weekly Heritage walking tour with Anna Pigott, Trustee of the Feminist Library. Founded in 1975, the Feminist Library is a large collection of Women’s Liberation Movement literature based in London, which supports research, activist and community projects.

On Sunday 31 March 2019, to conclude Women’s History Month, I invited Anna Pigott from the Feminist Library to co-deliver a Sunday Heritage Tour to celebrate the Feminist Library’s imminent move to Peckham. I have been running weekly Sunday Heritage Tours with the South London Gallery (SLG) since September 2018 and the tours have become an important way for me to explore the rich hidden narratives of local communities and to highlight their stories.

This tour took the form of an informal conversation with Anna and visitors, walking to points of interest in the neighbourhood around the SLG and the Sojourner Truth Centre, the Feminist Library’s home from summer 2019. On the tour we were joined by 18 guests as we covered sites and topics of historic feminist significance, including: the Sojourner Truth Centre, the first National Women’s Liberation Conference (Oxford, 1970), the Peckham Black Women’s Group and St Giles Church.

‘The four [demands] from that first conference were things that, really interestingly I think were things we haven’t actually achieved now, which kind of makes you really angry but makes you realise that well we kind of need to keep going with this’ – AP

Anna used the first Women’s Liberation Conference (Oxford, 1970) as an anchor for the tour. The conference brought together women and women-led organisations, to focus on issues they were facing in society at the time. At the conclusion of the conference the attendees developed a list of demands, which included: equal access to education and job opportunities, free contraception and abortion, and free 24-hour nurseries.

For me, what was interesting about this is that feminist activists are still striving for many of these demands today, nearly 45 years after the Women’s Liberation Conference took place. The Feminist Library keeps a legacy of revolutionary independent grassroots organisations that have since disappeared or been dismantled; through their ever-growing collection of archival material, which will soon serve as an asset to the women’s groups at the Sojourner Truth Centre and groups from Peckham and south London more broadly.

‘In 1987 [the Peckham Black Women’s Group] protested outside  the Southwark Council offices to be allowed to be a part of the Southwark Women’s Committee so that they could represent the views of these particular groups of people on the council and affect the council’s agenda.’ – AP

‘In this church in 1829 there was a wedding of a transgender man called James Allen who got married to his wife, but no one from the church obviously realised that he had been assigned a female gender at birth. So he just got married and then just lived a happy life with his wife for 20 years in Bermondsey.’ – AP

Notably, 31 March also marked the International Day of Trans Visibility. The tour included St Giles Church, a local landmark which has stood on the same site since the eleventh century (the current building since 1844), and is even recorded in the Domesday Book. As James Allen’s 1829 wedding demonstrates, St Giles was the site of a little known piece of LGTBQI+ history. One of the joys of delivering the Heritage Tour programme is how it can transform the perceptions of familiar spaces through foregrounding unknown histories contributed by invited hosts and participants, as the groups exchange personal and historic stories.

Building from the conversation that took place on the Sunday Heritage Tour, I invited the Feminist Library to take over the Fire Station forecourt with their mobile Feminist Library van, facilitated by artist Kristin Luke, during the SLG’s Local History Weekend (31 May – 2 Jun 2019). Visitors will be able to explore pamphlets, zines, periodicals and archival material curated by the Feminist Library’s Artist-in-Residence Minna Haukka. As part of the weekend’s free talks programme, I will be leading an in-conversation with Anna Pigott on Saturday, 1 June at 1pm, to continue some of the conversations that emerged from the Heritage Tour.

Jade Onojeruo leads a weekly Heritage tour drawing together the intertwined histories of the South London Gallery (SLG), the Fire Station and the surrounding area. The tours are drop-in and depart from the Archive, Fire Station every Sunday at 12pm. For more information, please contact: Jade Onojeruo, Heritage Programme Assistant jade@southlondongallery.org

SLG Heritage Tours are developed through its critical heritage programme, Evidence of Us. Supported by the National Lottery Heritage Fund. 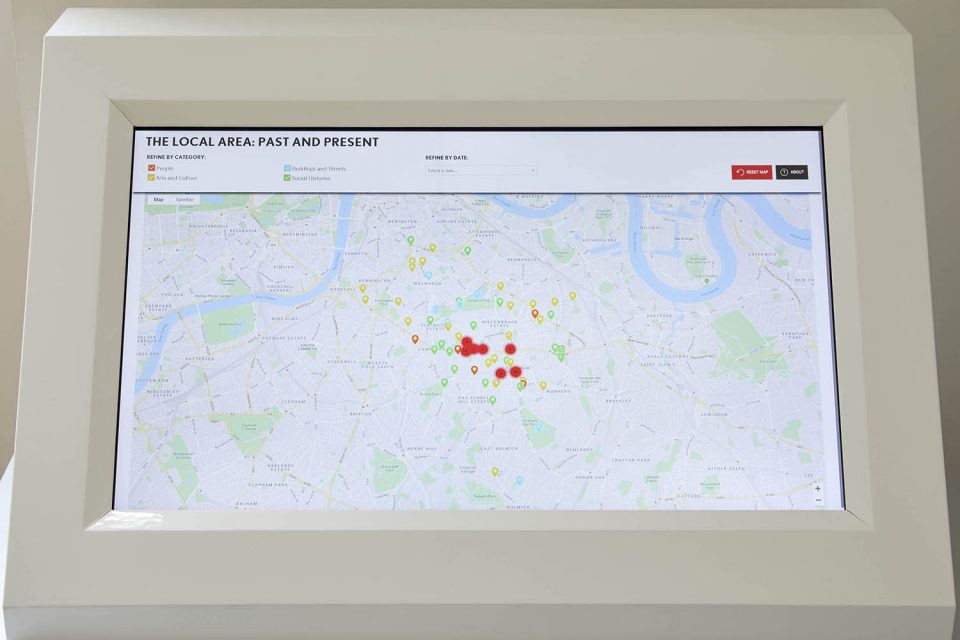 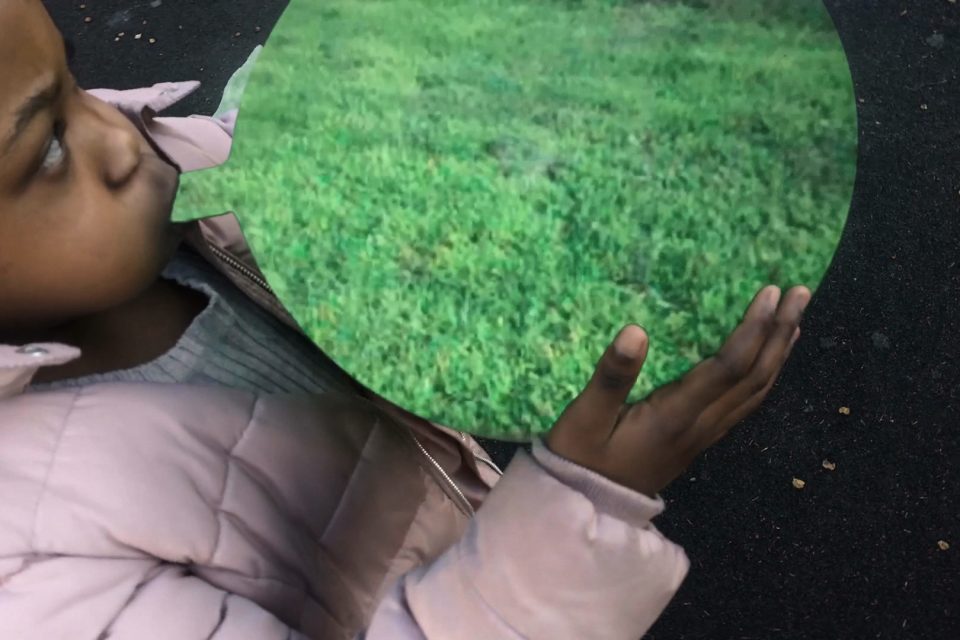 Kaleidoworks: Working with the children of Elmington Estate

Samantha Lippett, 5 Jun 2019
COOKIES We use cookies to enhance your experience on this site. Find more info here.